Residents of wildomar were snookered

“snookered” as a slang verb that means to “deceive, cheat, or dupe:

at what was billed as a “Tiny House Village Meeting”

The original concept of what the meeting was to be can be found in the city council minutes of September 14, 2016 Agenda Item 3.1:

TO: Mayor and City Council Members

The Mayor has requested that the City Council approve the hosting of a meeting for the community to hear a presentation on the concepts of a Tiny House Village. The meeting is schedule for Thursday September 22, 2016 from 4:30-7:30pm in the Multipurpose room at the City Hall facility.

What occurred at this meeting was nothing short of a lie.

The only reference to “Tiny Houses” can be found in one place at the top of the cover sheet of the handout.

When asked about Tiny Houses by one of the attendees Mr. Roberson, a leader of the evening’s session, state that Tiny Houses was only a small part of the process and the the focus of the evening would be on the Local Framework Approach (LFA) of identifying the problem and coming up with solutions. 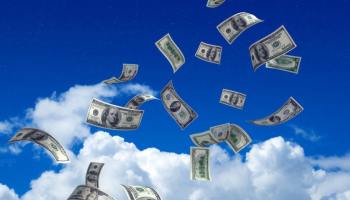 To start with this meeting was attended by 28 individuals, many representing county government, city government, local organizations that work with the homeless, local churches, former homeless individuals and 4 citizens that showed up to hear about Tiny House Villages.

What the late afternoon boiled down to was discussing what hasn’t worked in decades and how maybe to continue to do the same things, only a little differently.

The following PDF (7 MB) is the handout and slide presentation used at the meeting. Look real hard and you will find the tiny reference to Tiny House Villages

Full disclosure, I left this meeting at what should have been 1 hour early (Meeting started late apparently waiting for more people to show up). I stated at the city council meeting this was bad time slot as many of us have livestock that need to be tended to before dark.