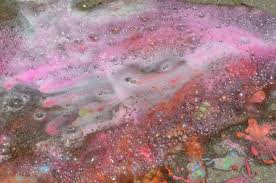 Chalk painting on a sidewalk in a rainstorm.

The city of wildomar is once again embarking on a series of projects conducted by children at Regency Heritage Park before they the City of Wildomar has determined the fate of this facility in regards to County of Riverside Flood Control and the Lakeland Village Master Drainage Plans Open Channel A.
Despite recent devastation that has taken place on several occasions since the passage of Measure Z at Regency Heritage Park. 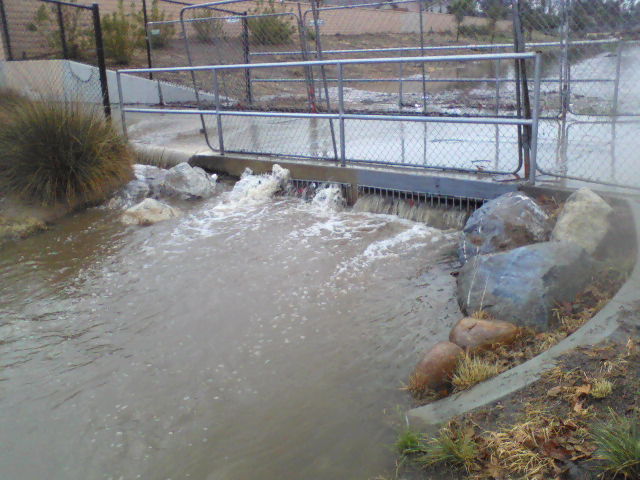 February event with one inch of rain in 24 hours. 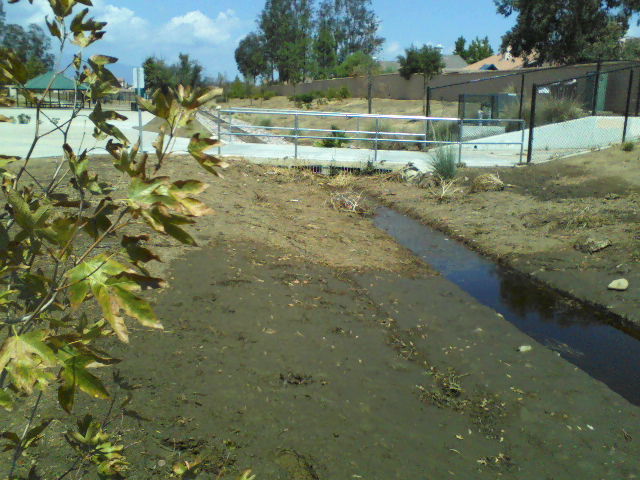 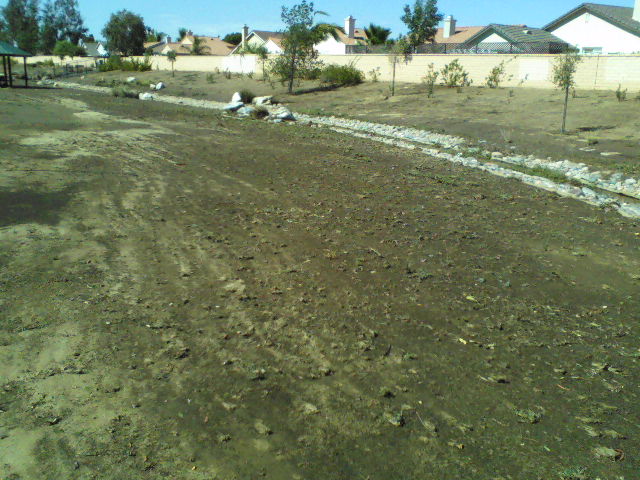 September 16th this park got a major scrubbing. 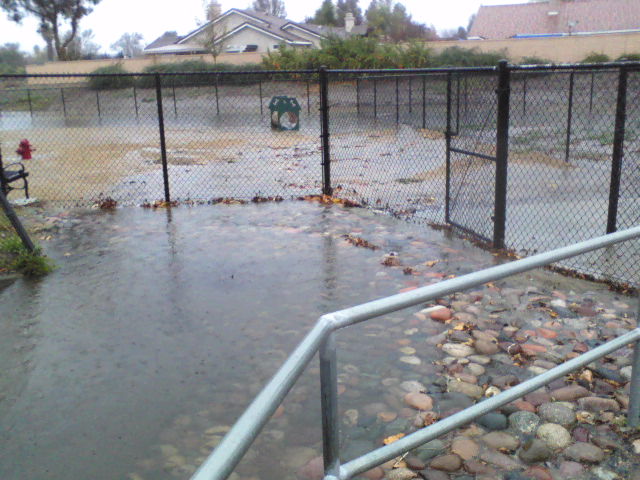 This city continues to approve one project after another.

Never mind that these project will disappear with each rain event, there is also a very good possibility they will become a part of the future flood control channel which will handle up to 1,000 cubic feet a second of run-off in a 100 year event.
At a January 29 Riverside County Flood Control public budget hearing this channel was described as “going to take the path of least resistance, as straight a line as possible”.
This would place this 42 foot wide by 6 foot deep facility smack dab in the middle of this park taking out a gazebo, sidewalks, the notorious bridge/dam/waterfall, and about half of the neglected dog park.

Neglected is an understatement 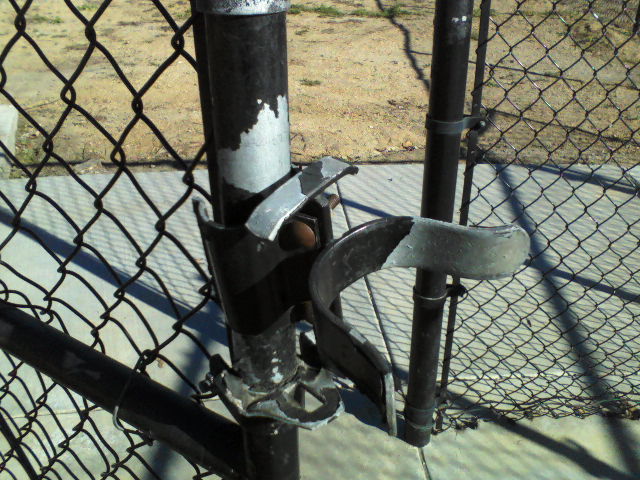 One of four gates with broken latches rendering them unusable 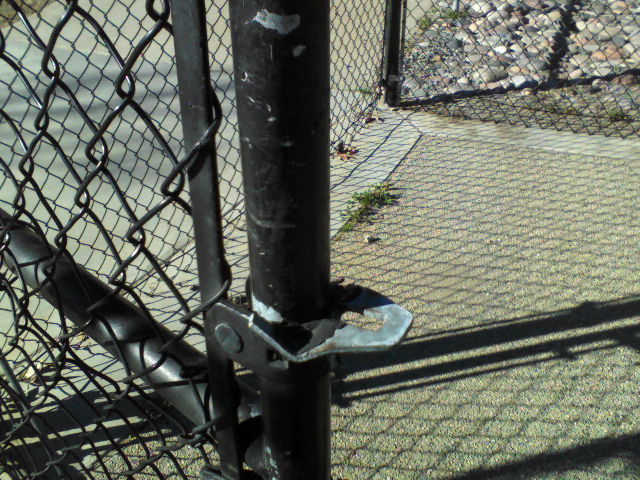 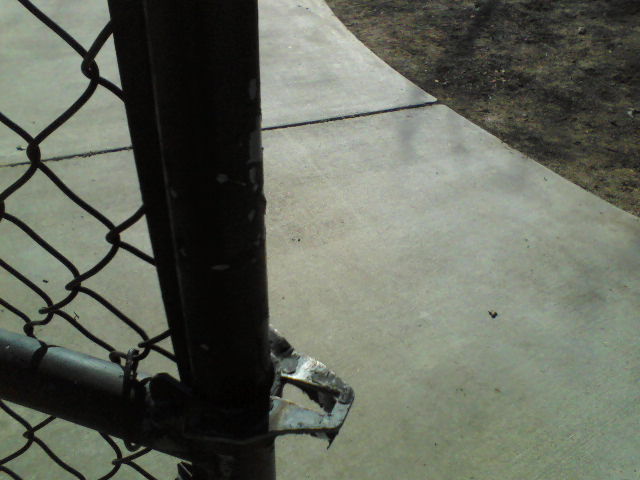 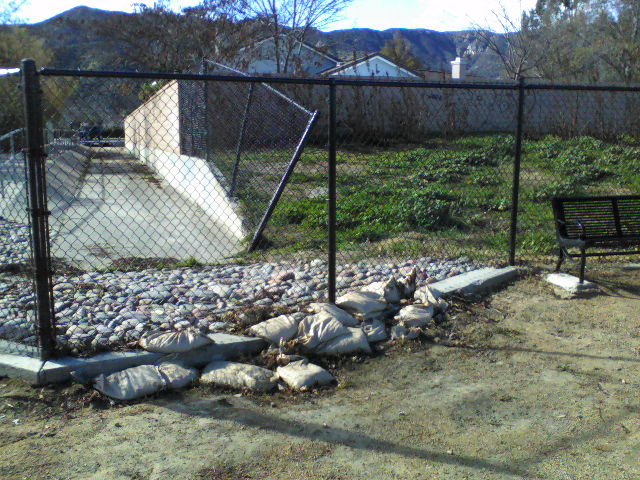 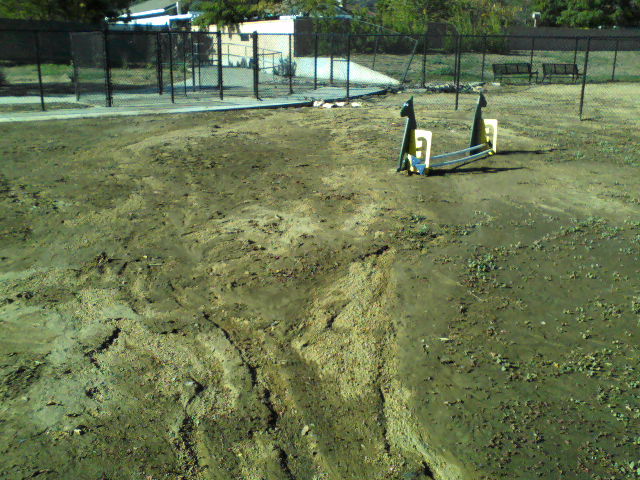 Ruts get deeper with every rain event

Not only are latches broken, paint peeling, holes in fences months after the parks opening, plants dead or dying but concern about this neglected facility in non existent.
The first order of business would be to obtain an abstract of title on this parcel.
An abstract of title is the condensed history of title to a particular parcel of real estate, consisting of a summary of the original grant and all subsequent conveyances and encumbrances affecting the property and a certification by the abstractor that the history is complete and accurate.
After this document is obtained the city can then plan out the next moves such as will County Flood need to purchase land from the city for this expanded channel or will they need to swap land in exchange for this.
In their haste to take over the park system from the county after becoming a city many important steps were overlooked.

WILDOMAR CLEAN UP THE MESS YOU HAVE CREATED