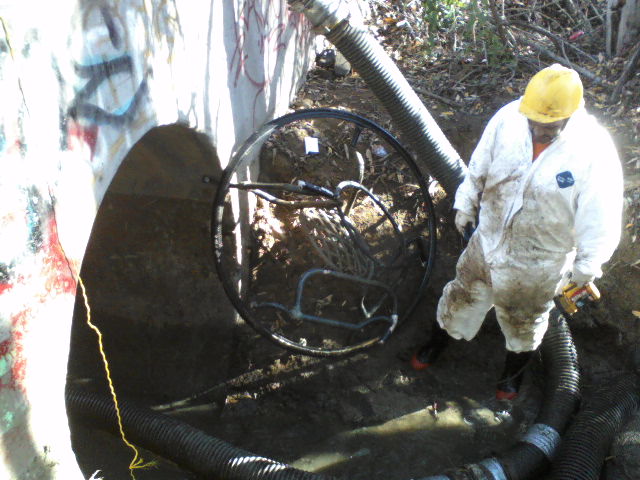 Day Twenty: January 19, 2015 Saw the guys draining water from the sludge containers so that the sediment could be removed to a proper disposal sight.

Day Nineteen: January 17, 2015 A Saturday no less and these gentlemen are hard at work. The neighbors will be happy when the constant noise is gone.

Day Eighteen: January 16, 2015 The city has brought in an excavator to dig out the channel leading down to the creek. First picture shows what it looked like with roots in front of drain 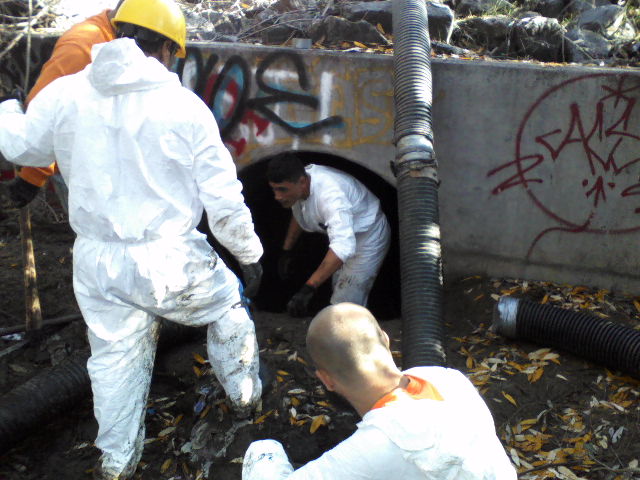 Notice the step down into the pipe.

Second Picture shows roots removed and a channel cut to the creek. 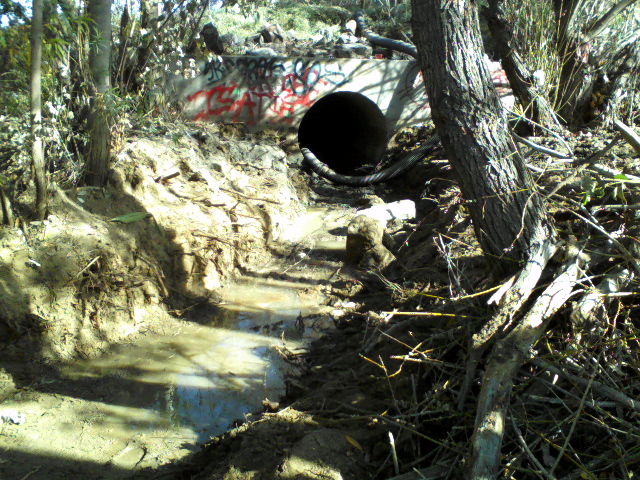 Hopefully the city will fix this properly.

A proper fix for this would include a grate and guardrail like pictured below. 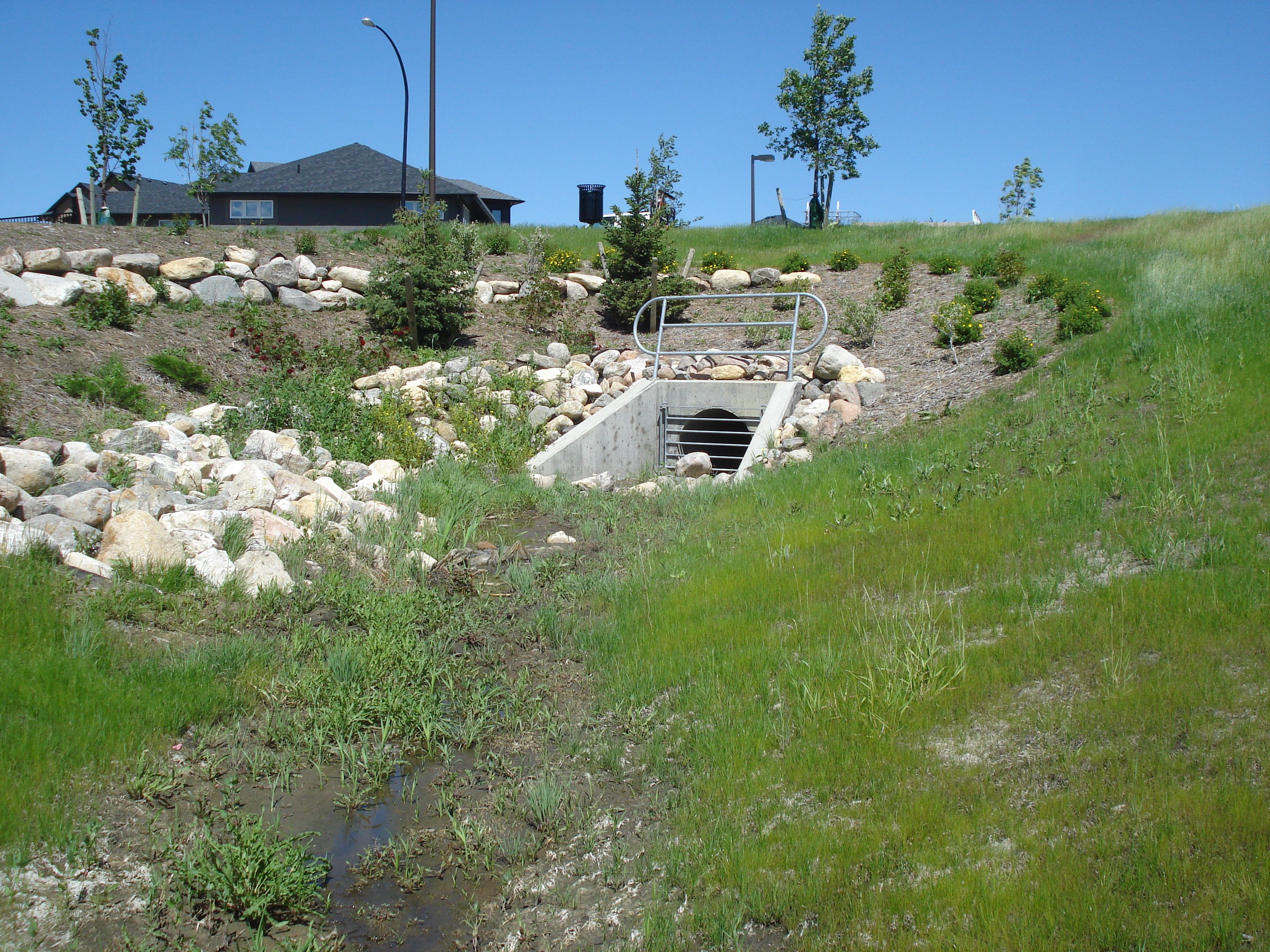 At the very least it should have a grate. 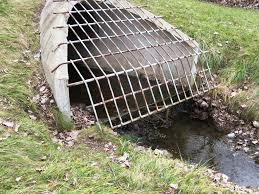 Day Seventeen: January 15, 2015 Going to have to find something else to do shortly as this job is almost finished, for now.

Day Sixteen: January 14, 2015 Started out behind schedule as the tree trimmers got in a hurry and got stuck. Much progress was made anyhow. 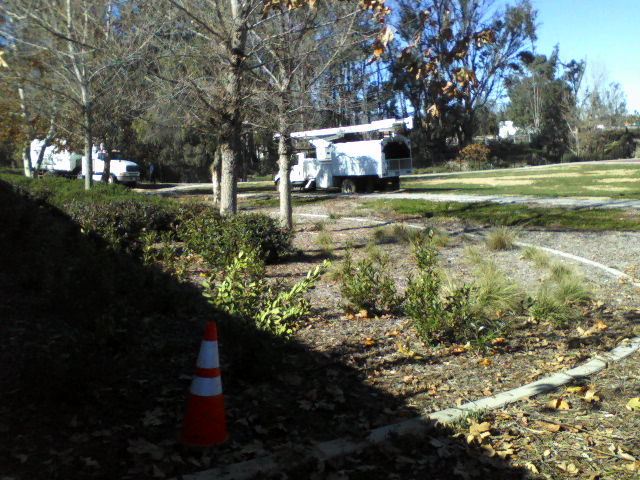 To the left is intelligence and to the right ?

Day Fifteen: January 13, 2015 resulted in much progress being made. 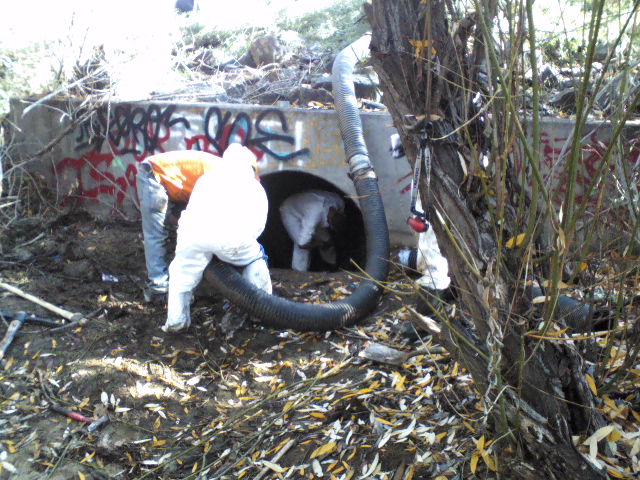 Day Fourteen: January 10, 2015 brought a day where another route into the tunnel became necessary. The previous route became so long that vacuum pressure was no more. 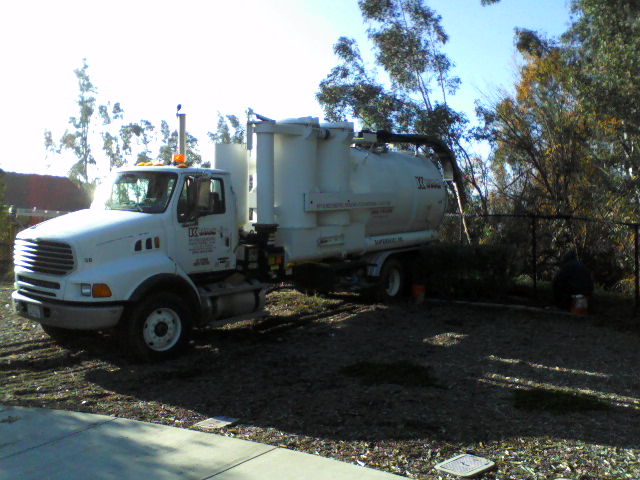 This require a carefully planned route into the park 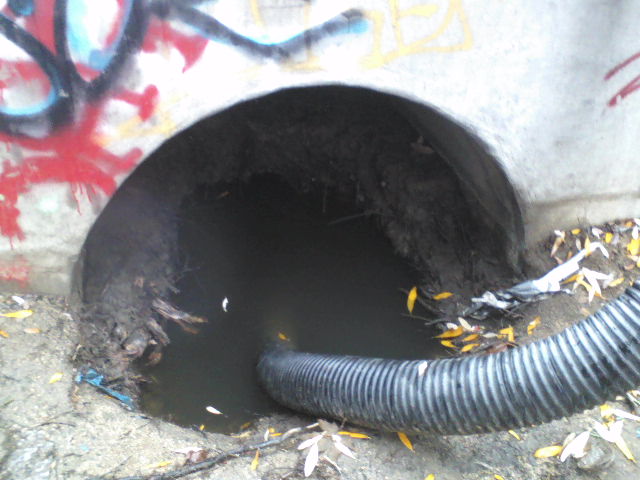 The far end of the run.

Day Thirteen: January 9, 2015 crews run into difficulty with a network of roots slowing down the progress. The light can be seen but it will be a few more days before the light can shine fully.

Day Twelve: January 8, 2015 brings a day where the light at the end of the tunnel can finally be seen from both inside and outside.

Day Eleven: January 7, 2015 was another day of a lot of water an some sand and gravel. Workers report being able to see daylight at the end of a very crooked line.

Day Ten: Would have been on Wednesday December 31, 2014 had it not been for the serious amount of snow that fell on Wildomar. Day Nine was cut short due to rain and day Ten was rescheduled to January 6, 2015.
(I went into the creek to see how much water was flowing from the snow melt and found absolutely no water flowing out of the line. Wonder where it is going?)

Day Nine December 30th: The crew is on the look out for possible rain. Even without it the line has had some serious amounts of water to deal with. Apparently lawns are still being over-watered in town.

Day Eight December 29th: Making good progress, this day was a very good day according to the job boss as they advanced about 45 feet rather than the usual 20 feet. This places the crew around the sweeping curve and onto the “straight-away across the park. (“Straight-away” because apparently this has turned out to be rather snakey or meandering)

Day Seven December 27th: After taking off a couple of days to enjoy Christmas these gentlemen are back at it on a Saturday no less. 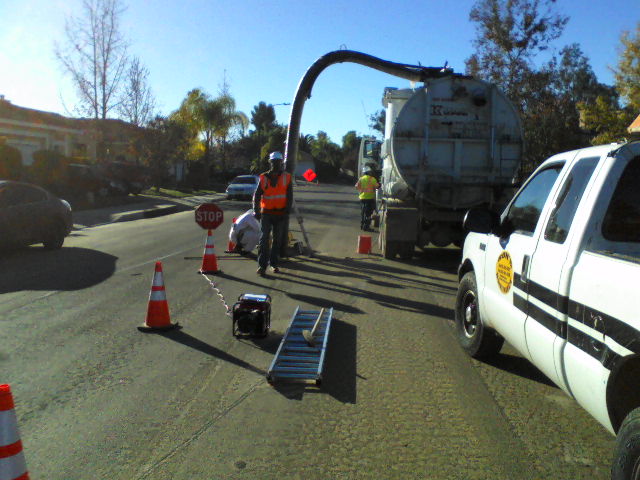 Getting started for the day

Day Four December 22nd: Another full day put them about 60 feet in and up to a curve. (For a map of system see previous story about Prairie Street.

Day Three December 20th: Yes a Saturday had this crew putting in a half a day. Looks like the City may be serious about cleaning this situation up.

Day Two December 19th has arrived and the work continues.
It looks like once again the City of Wildomar will attempt to clean out one of the Prairie Road Storm Drains.

Day One December 18th: It’s been one month and a day that the last attempt was made. 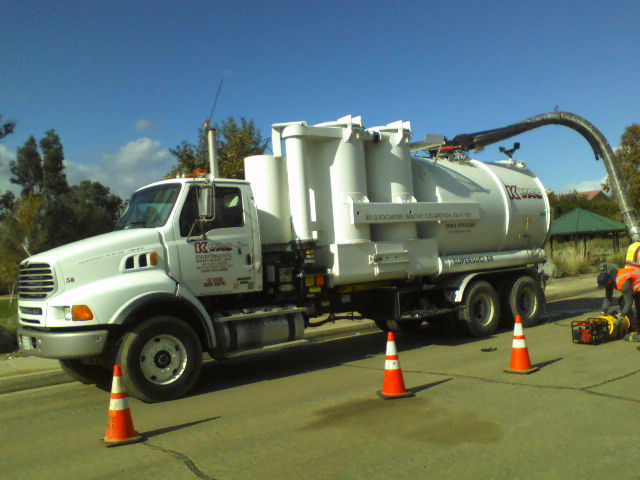 A new company from a little closer distance.

One can only hope this company completes the job that a company from City of Industry started before abruptly leaving. Along with mother nature an a VacTor truck (this one is called a super sucker) just maybe this situation will be resolved by spring.
I will check on the progress daily and let everyone know how its going.

As a side note: I am still looking for the light poles the city paid to have installed at Windsong Park, as this storm drain work is being done next to the park I will look for them each an every day until they can be located or the city confesses they didn’t by anything, yet.