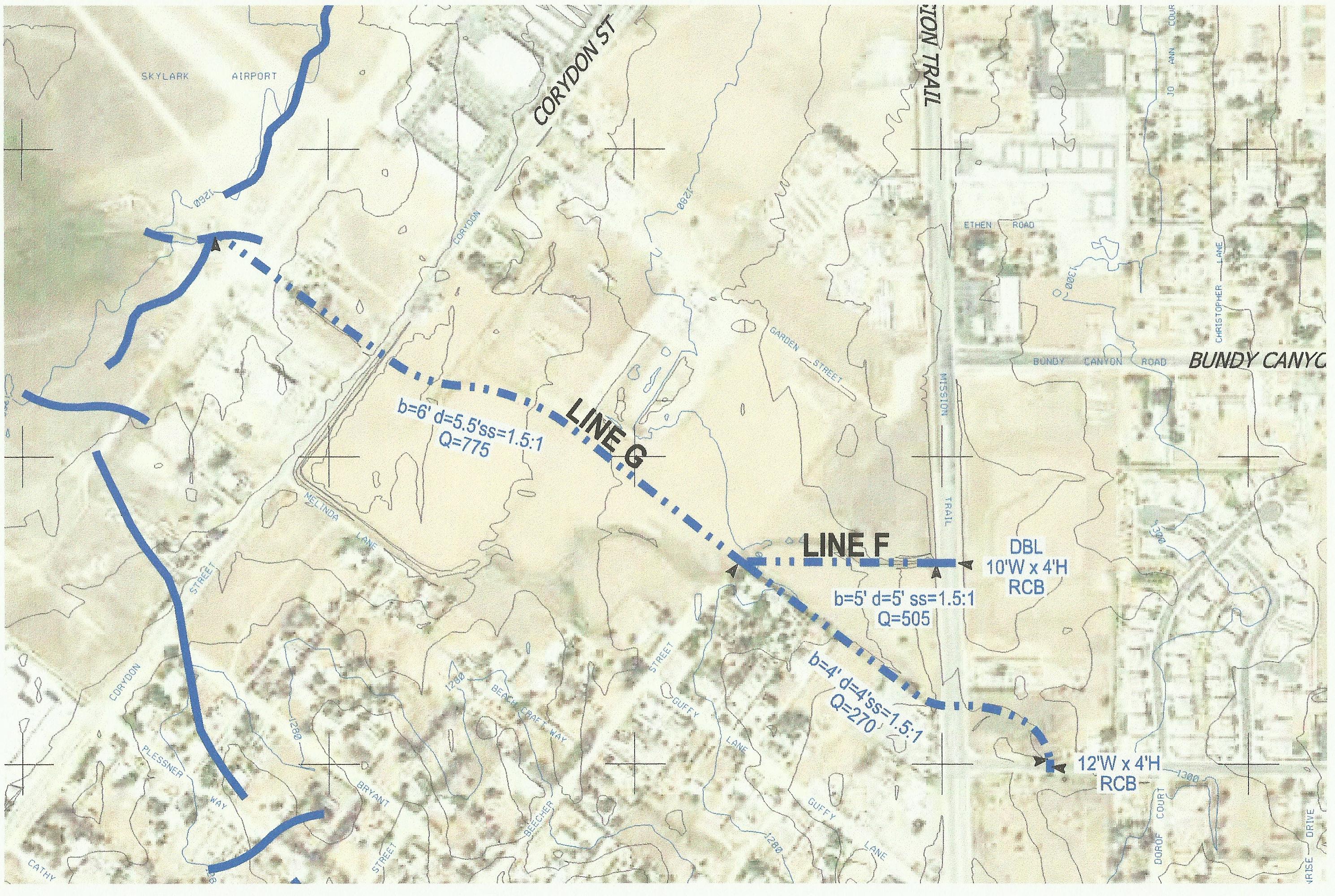 Line F is provided to convey the more northerly of the two watercourses across Mission Trail to Line G.
The upper end of Line F is a double cell, reinforced concrete box (RCB) culver, each cell is located midway between Bundy Canyon Road and Canyon Drive and it empties into a 5 foot wide, 5 foot deep concrete channel that transports the 100 year flow of over 500 cfs westerly about 700 feet to oulet into Line G.
This above description was written and approved in the 1982 draft of the SEDCO Master Drainage Plan. It has since been added (in an October 1990 report for Line F, Stage 2) to to include a line that flows between Lake Elsinore High School and the LEUSD Transportation Facility known as SEDCO MDP Line F, Stage 2 which starts at a 72 inch corrugated metal pipe under the freeway. (This portion had a cooperative agreement between County of Riverside, RCFC&WCD and LEUSD signed in 2006) It also has an F-2 portion being added. 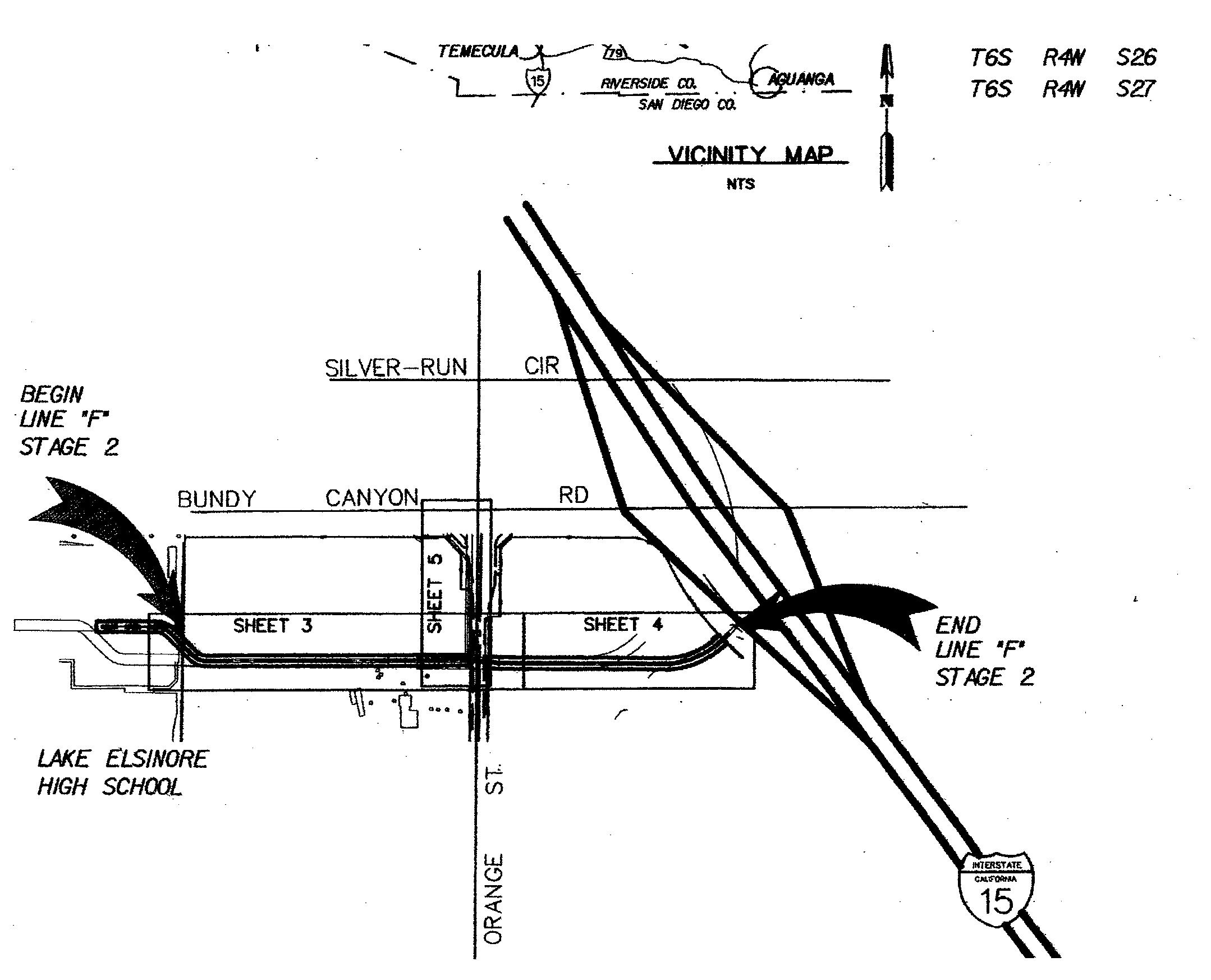 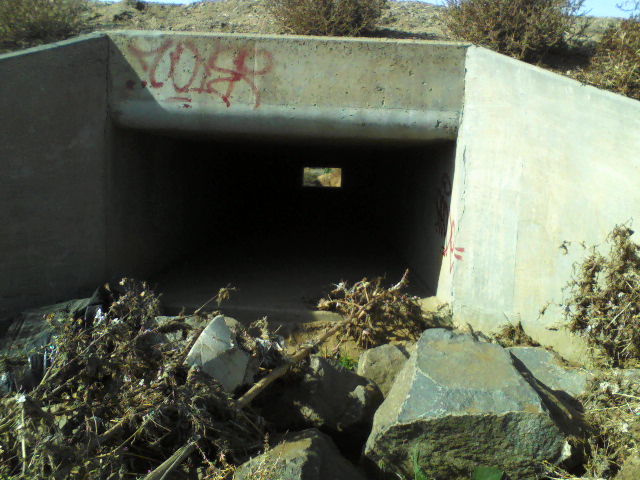