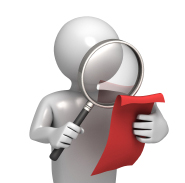 The Wildomar City Council passed a resolution 2014-03 after a public meeting was held on February 12, 2014, to hear input on the recommendations for the use of FY 2013/14 California Supplemental Law Enforcement Services Fund (SLESF) Grant Program .

The City has received a letter from the Chief of Police and it is recommended that the grant funds be used to provide additional service hours above the current 40 hours per day. The 40 hours per day is not an optimum staffing level but the City was forced to this level of service due to the State taking of $1.8 million of the City’s Motor Vehicle License Fee revenues. Based on current activity, Wildomar Police Department officers are directly supported by County resources on an average of two hours per day. These hours are billed to the City and would largely be covered by the SLESF funding.

The “devil in the detail” is the fact this item was on the consent calendar, with the information about cameras missing from the staff report, no one, which includes City Council members or the members of the public had any inkling to question this request.

A couple of things to note:
1. Not only is there no mention of the purchase of cameras which allows the city to be a guinea pig for an experimental program. The first contact with the vendor occurred on October 17, 2013 when a quote was issued so there was plenty of time to include this item in the staff report.
2. A photocopy of the purchase order dated February 6, 2014 clearly states council approved this item on February 12, 2014 a full 6 days before the Wildomar City Council met in public session to vote on Resolution 2014-03.

(So much for discussion, staff concluded this was a done deal?)

(Like so many other little things that need to be brought current, maybe the shame of disclosure will do it)

4. In a SUBMITTAL TO THE BOARD OF SUPERVISORS, COUNTY OF RIVERSIDE, STATE OF CALIFORNIA date October 6, 2014 (8 months after the cities purchase) the Riverside County Sheriff’s department requested a budget adjustment for the purchase of 165 body cameras along with data storage equipment. In that request is a summary where the sheriffs department claims it has researched and analyzed a number of camera systems but makes no mention of cities paying for the purchase of the equipment.
It is further stated that the initial purchase of 165 cameras and storage devices will be deployed at one station, Jurupa Station, because isolating the test to one station, allows the department the ability to fully review and assess the capabilities of the cameras.

(What happens to the cameras purchased by the City of Wildomar, will they be sent to Jurupa, will they be returned to the city, will they just sit idle in some drawer at city hall)

As a final note, I am for the use of these devices by law enforcement, they are one more tool in reducing lawsuits and unwarranted actions.
What I am against is the sloppy work the City of Wildomar, Council and Staff, continually presents its citizens in the name of professionalism.
In case you haven’t figure out what the hell I’m talking about you can refer back to an article entitled “Smile, You’re on Candid Camera?” published in the Lake Elsinore / Wildomar Patch on May 13, 2014 (Link found below, all links will open in a new page)

All broken up like some many other things in town.

Submittal to the Riverside County Board of Supervisors