UPDATE
At 6:48 pm on Sunday January 24, 2016 less than 72 hours is left before the meeting of Wednesday January 27, 2016 at 6:30 pm so proclaimed by a local blogger and the city of wildomar has failed to post an agenda or any notice of the impending meeting. So much for that meeting.

The city of wildomar has once again debased itself and shown its contempt towards its citizens by releasing information about an upcoming city council meeting. This meeting maybe about the impending change over to voting “by district” mentioned during the last regular city council meeting during which it was announced the city manager was being given authorization to seek out a demographer. This extremely important information has apparently been released to a local blogger before the legitimate press, as of 10:40 p.m. there is nothing posted in the Press Enterprise, (might be a reason this community gets no respectable coverage by any real journalist), even before city officials have placed this item on the city calendar. 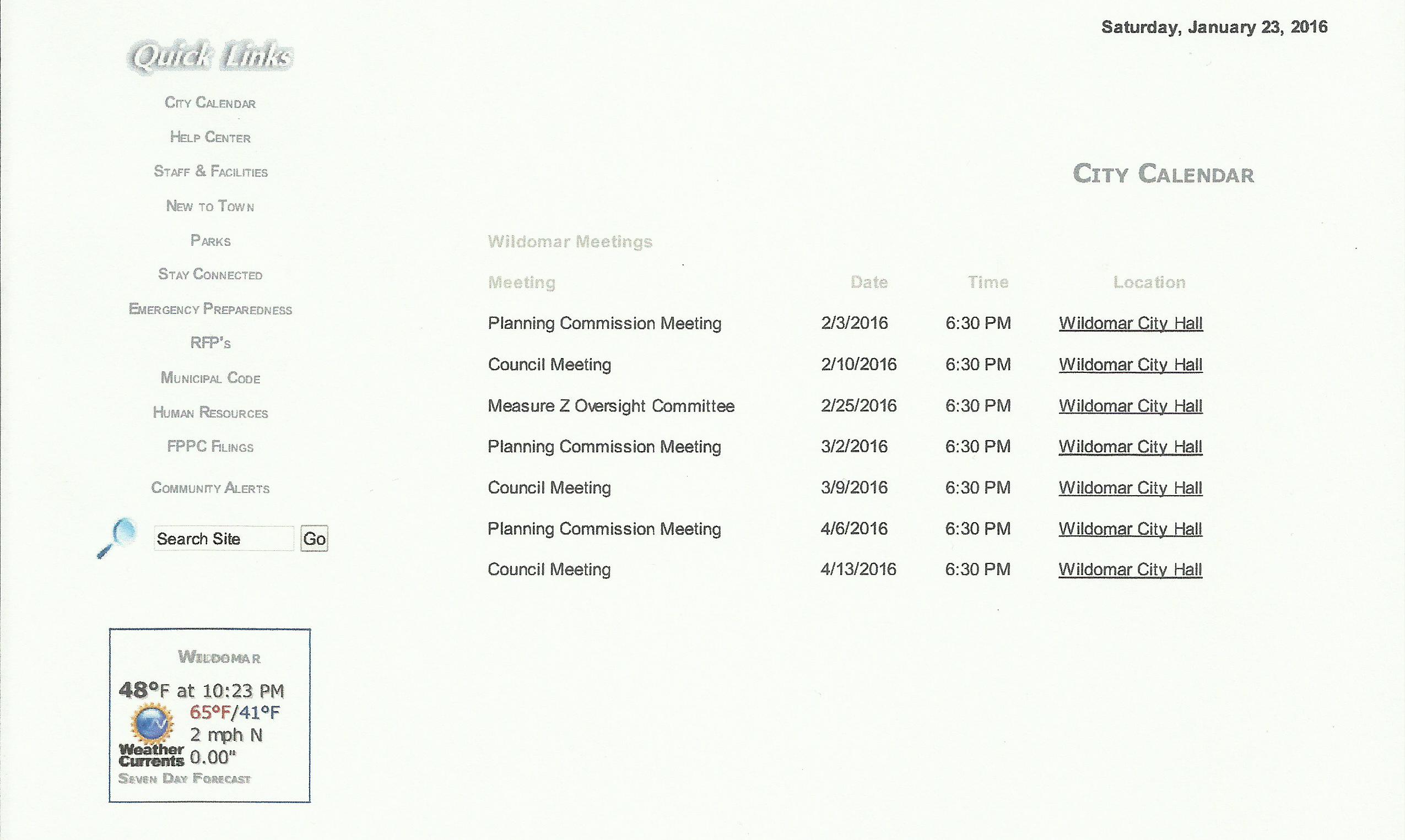 A local blogger has with bias released the date and time of what appears to be “a special city council meeting” with his version a the appending agenda, which may turn out to be nothing more than hogwash. 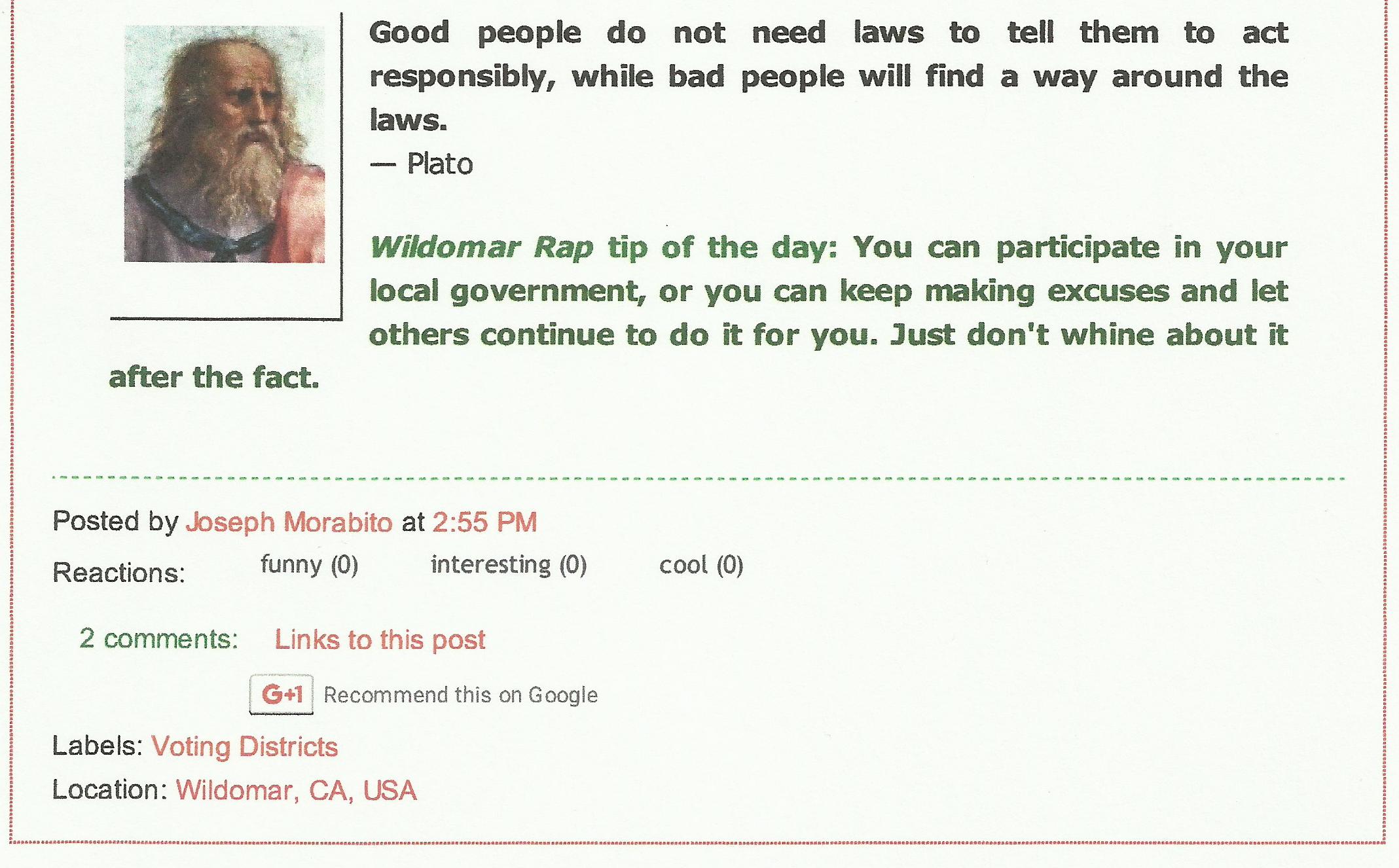 The above is a screen shot of the time which this information was posted on the internet January 23, 2016
If you wish to read the writers highly biased version of what he feels will be the agenda visit http://wildomarrap.blogspot.com/ check out the article entitled “District Conversion Update 2”
You have got to love the line “bad people will find a way around the laws”