After reviewing the Draft Program Environmental Impact Report for Lakeland Village Master Drainage Plan available at http://www.floodcontrol.co.riverside.ca.us/, bottom of the page under Public Notices (CEQA/Section 18).
One can only wonder what is in store for the future of Regency Heritage Park.

Why is the City of Wildomar continuing to spend money on what is over time being transformed into a real flood control channel.

This park started life as a parcel of land dedicated as open space and drainage easement that was dedicated in April of 1992. The easement exist even without the dedication because this is a natural low spot in the topography of the area.

This parcel was subsequently acquired by Ortega Trails Recreation and Park District for use as a park. In the following years, 2005 and 2008, several drainage programs were completed adding to the runoff from the surrounding area that now flows through this park. 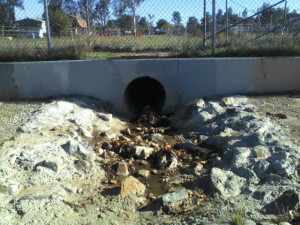 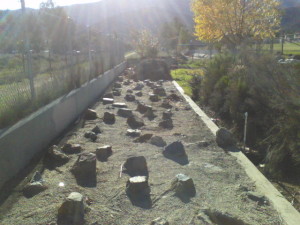 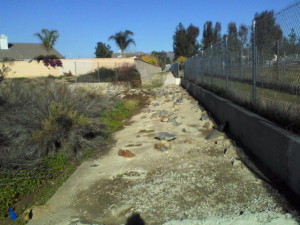 A portion of this drainage issue was addressed by the County of Riverside EDA when they rebuilt this park in 2007-08 as part of the rehabilitation of 4 parks in the area (Marna O’Brien, Perret Park, Regency Heritage and Windsong). 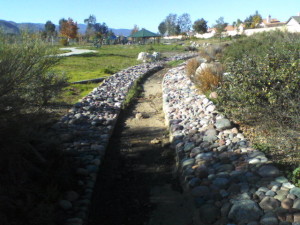 The county added a drainage channel which collects water from three drainage facilities and guides it through the park. What the county failed to do was to continue this channel all the way to Corydon where it would tie into an existing facility that takes it under Corydon and on to the back basin of the Lake at Elsinore. This failure creates a lake at the south end of the park whenever it rains. 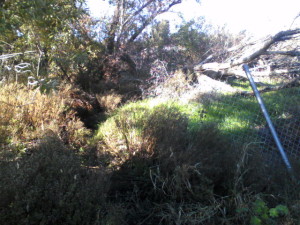 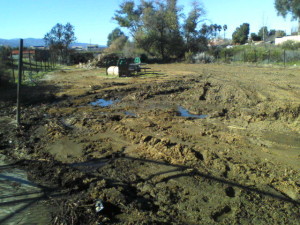 Both the County of Riverside and the City of Wildomar also have failed in maintaining their MS4 systems (Storm Drains) which allows for enormous amounts of sediment and trash to collect at the current downstream terminus of these storm drains. 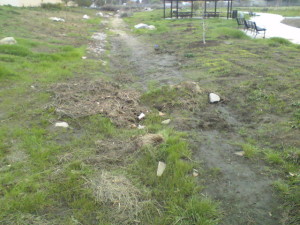 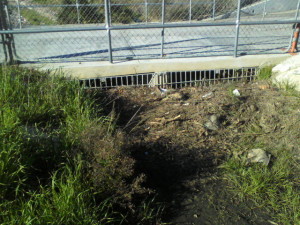 That problem is about to be partially resolved by what is known as “Proposed Open Channel A” in the Lakeland Village Master Drainage Plan. The upstream origin of Channel A begins at the downstream terminus of Sedco-Bryant Street Storm Drain Stage 1. From there, the 40 ft wide by 6 ft deep trapezoidal channel extends westerly along the geographic low. At Corydon Road, the trapezoidal channel transitions into a 42 ft wide by 6 ft deep RCB. The 42 ft wide by 6 ft deep RCB would replace the existing 42 ft wide by 4 ft deep RCB. This Channel will be 1573 feet long, which takes it from the southeast end of the park to Corydon. It will have a 100 years flood capacity of 1,115 Cubic Feet a Second. (This is the same capacity as the outflow channel of the Lake at Elsinore.)

As a final note this may be the reason the City of Wildomar has never filed the Grant Deed for this property as it is still shown to be the property of Ortega Trails Recreation and Park District even though the County issued this Grant Deed on June 22, 2009. 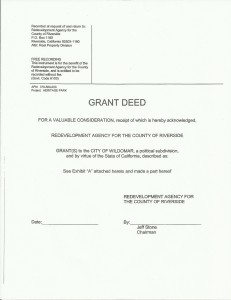 Grant Deed issued June 22,2009 by the Riverside County Board of Supervisors

3 thoughts on “REGENCY HERITAGE PARK MORPHING INTO OPEN CHANNEL A”