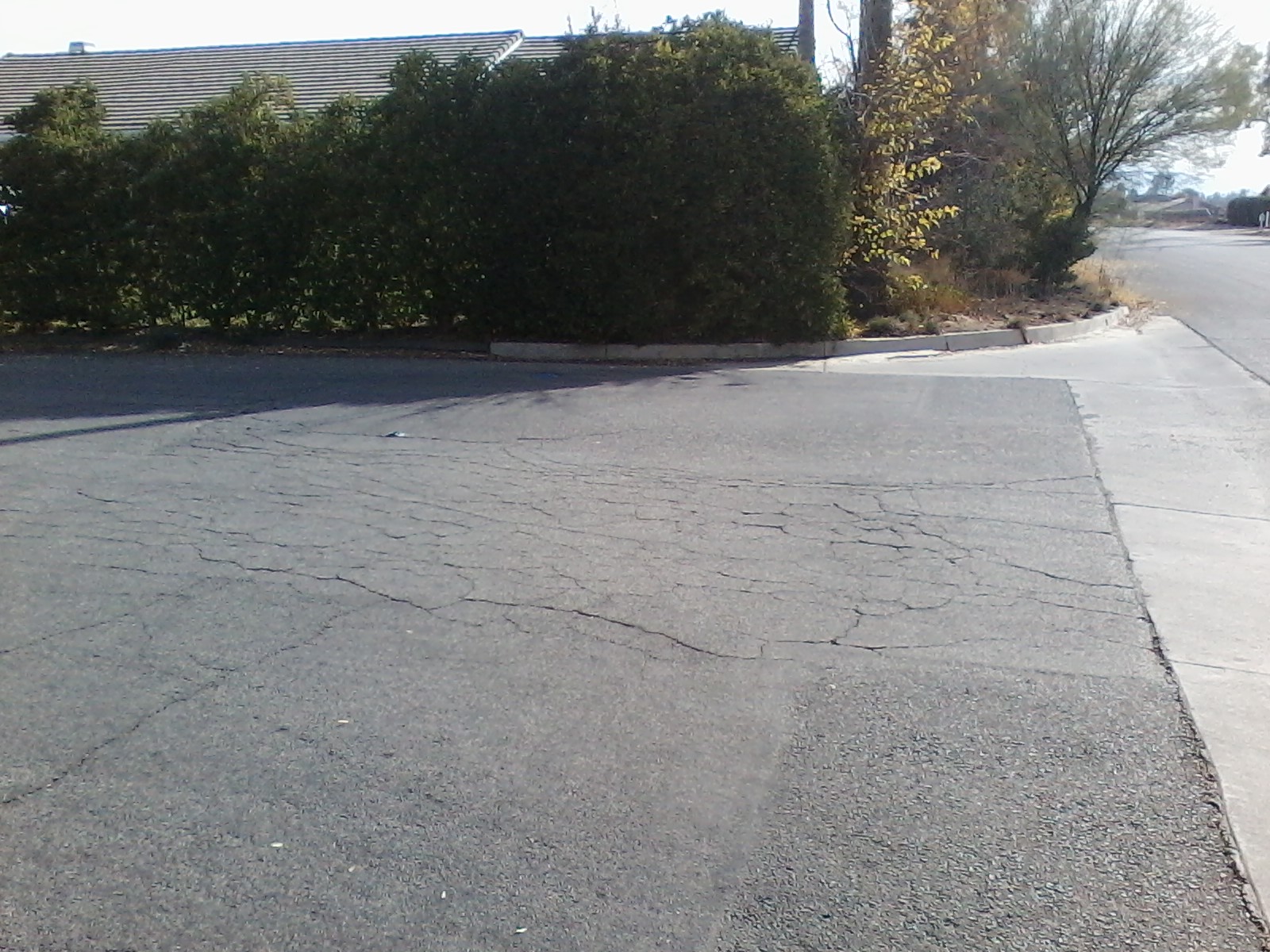 Behind that hedge is Fire Hydrant

During 2017 California has seen an unprecedented number of wildfires, over 9,000 fires destroying over 1,250,000 acres burned, and is shaping up to be one of the most financially destructive on record. As a result of that and several news stories about failed infrastructure, something we rarely think about has popped into mind.
http://myvalleynews.com/regional-news/cal-fire-2017-totals-prompt-fire-safety-readiness/

Do you have any idea where your nearest fire hydrant is?
Is it’s location properly marked and is it properly identified and visible?
Is it in good repair and proper working order?
How many Gallons per minute is it rated for?

According to Elsinore Valley Municipal Water District (EVMWD) in response to a Public Records Request:
1. The number of fire hydrants located within the boundaries of the City of Wildomar are 1,779. The total consists of 224 commercial and 1,555 residential fire hydrants

Is that Hydrants location properly marked per Wildomar Municipal Code
Wildomar Municipal Code Title 8 Health and Safety
Chapter 8.28 Fire Code
8.28.020 Amendments to the California Fire Code.
507.5.8 Fire hydrant street marker.
Fire hydrant locations shall be visually indicated in accordance with Riverside County Fire Department Technical Policy 06-11, as may be amended from time to time. Any hydrant marker damaged or removed during the course of street construction or repair shall be immediately replaced by the contractor, developer or person responsible for removal or damage.
http://qcode.us/codes/wildomar/

Is the Gallons Per Minute for the Hydrant properly marked?
A document produced by the National Fire Prevention Association known as NFPA 291, says fire hydrants using public water supply systems should be painted chrome yellow, and their tops and caps should indicate the available GPM. Below 500 GPM should be red, 500-999 GPM should be orange, 1000-1499 GPM should be green, and 1500 GPM or more should be blue.
This document also states in Section 4.13
Fire Hydrants should be flow tested every five years to verify capacity and marking of the hydrant
Fire Hydrants should be flushed at least annually to verify operation, address repairs and verify reliability.

EVMWD per an email response to a public records request states that:
3. The inspection cycle of the fire hydrants within the District boundary is done in accordance with our valve maintenance which currently is being done between three and five years. 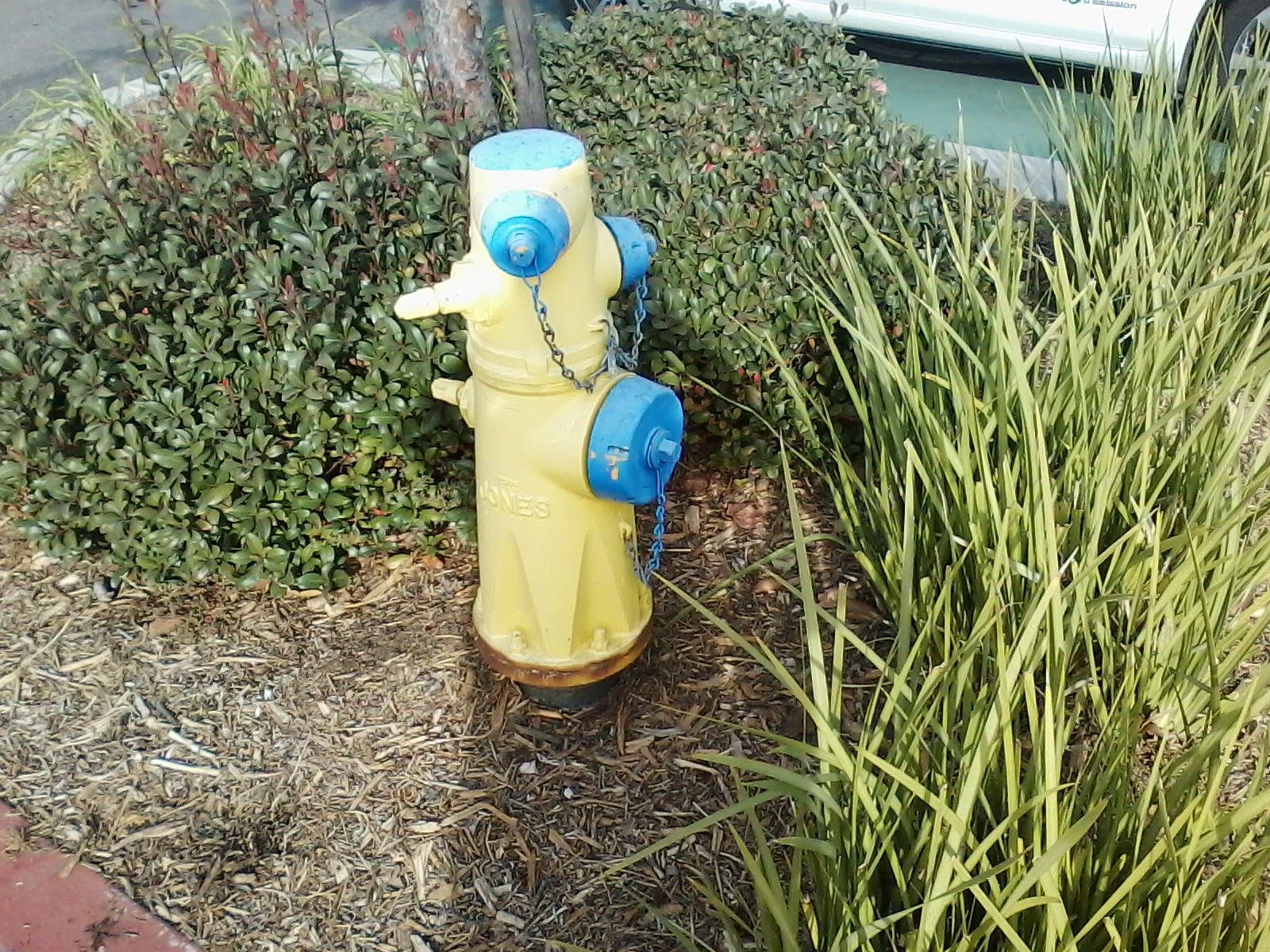 As to the question of whether it is in proper working condition who really knows.
The water district which owns these hydrants is not willing to share access to a map showing the location, manufacturer, last testing date of any of its fire hydrants.
As stated in a response to a public records request:
4. A digital map of the location, manufacturer of and date of manufacture of each hydrant, date of inspection and inspection results of the above fire hydrants. – N/A

This despite the fact that they have used ARC/GIS mapping since the late 1990’s as shown in the following article:
http://www.esri.com/news/arcuser/0101/arcpad.html
Fire Hydrant Inventory Made Simple
with ArcPad
By Jim A. Ollerton, GIS Manager, Elsinore Valley Municipal Water District
The Elsinore Valley Municipal Water District (EVMWD) in Southern California will update data on approximately 4,000 fire hydrants using ArcPad, a handheld computer, and a GPS unit. By using custom forms created for ArcPad, data collectors will not only verify the location of the district’s hydrants but will also gather information on the make, condition, and capacity of each hydrant.
EVMWD uses an ArcInfo-based enterprise GIS to manage this system. In 1999, the district’s GIS staff began inputting fire hydrant flow tests into the GIS database and linking the results to features. During this process, staff discovered that many hydrants were not in the GIS database. These hydrants exist in an older part of the distribution system that has poorly kept records.
In addition to the need to simply locate all the hydrants to link the test results, the local fire authorities wanted detailed information about fire hydrants such as the type of hydrant, number of outlets, size of each outlet, and other information. Requests for hydrant information originating from two sources-within EVMWD and from local fire agencies-made the GIS staff decide that it was time for a fire hydrant inventory.

FIRE HYDRANTS AND THEIR CONDITION IN WILDOMAR
While traveling from wildomar city hall to home I came across three fire hydrants that are in serious need of repair. (All are in the Very High Fire Severity Zone) The photos below show the current condition in January 2018 and a Google View taken in May 2015 showing the same condition (2 years, 8 months between dates)

End of Baxter Rd just after turning of Porras Rd. 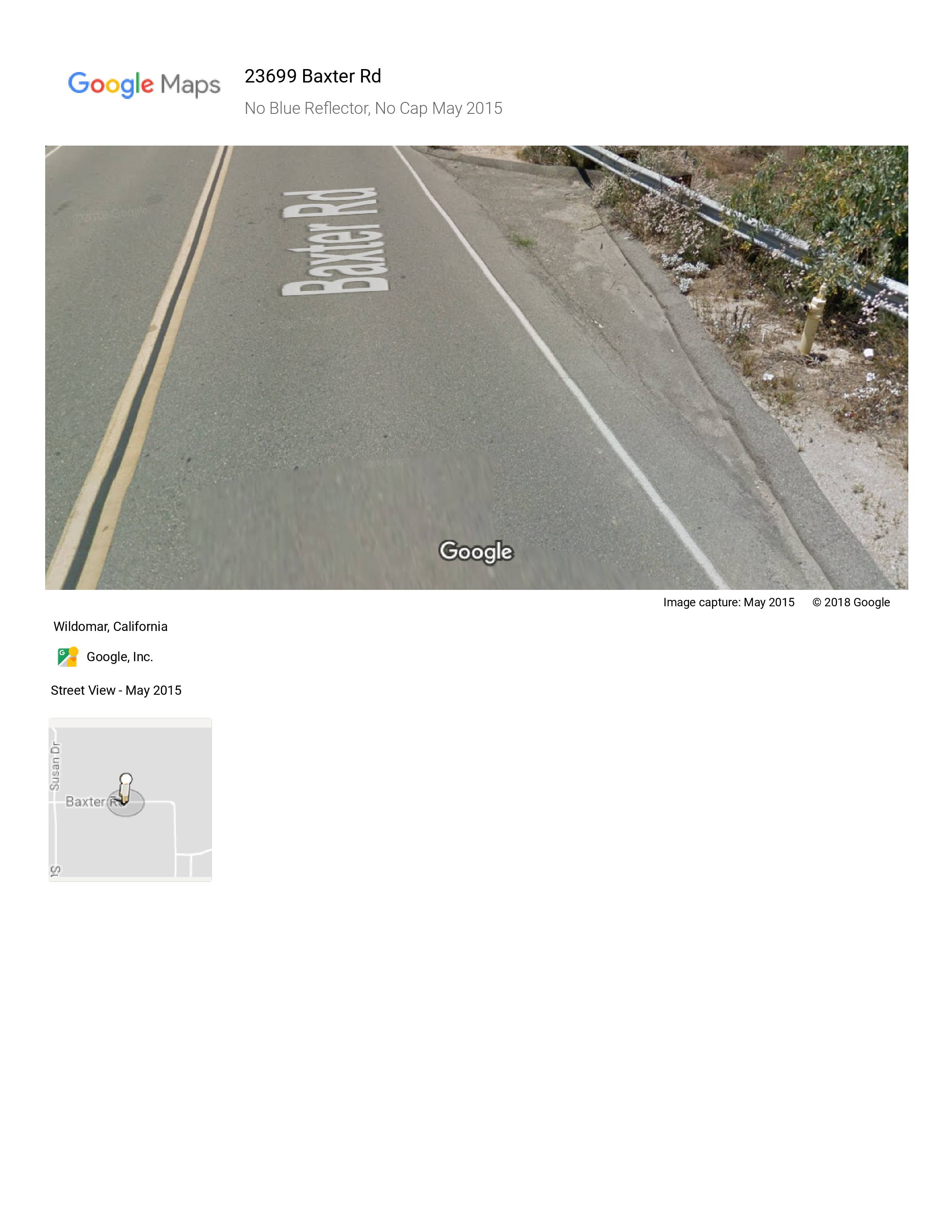 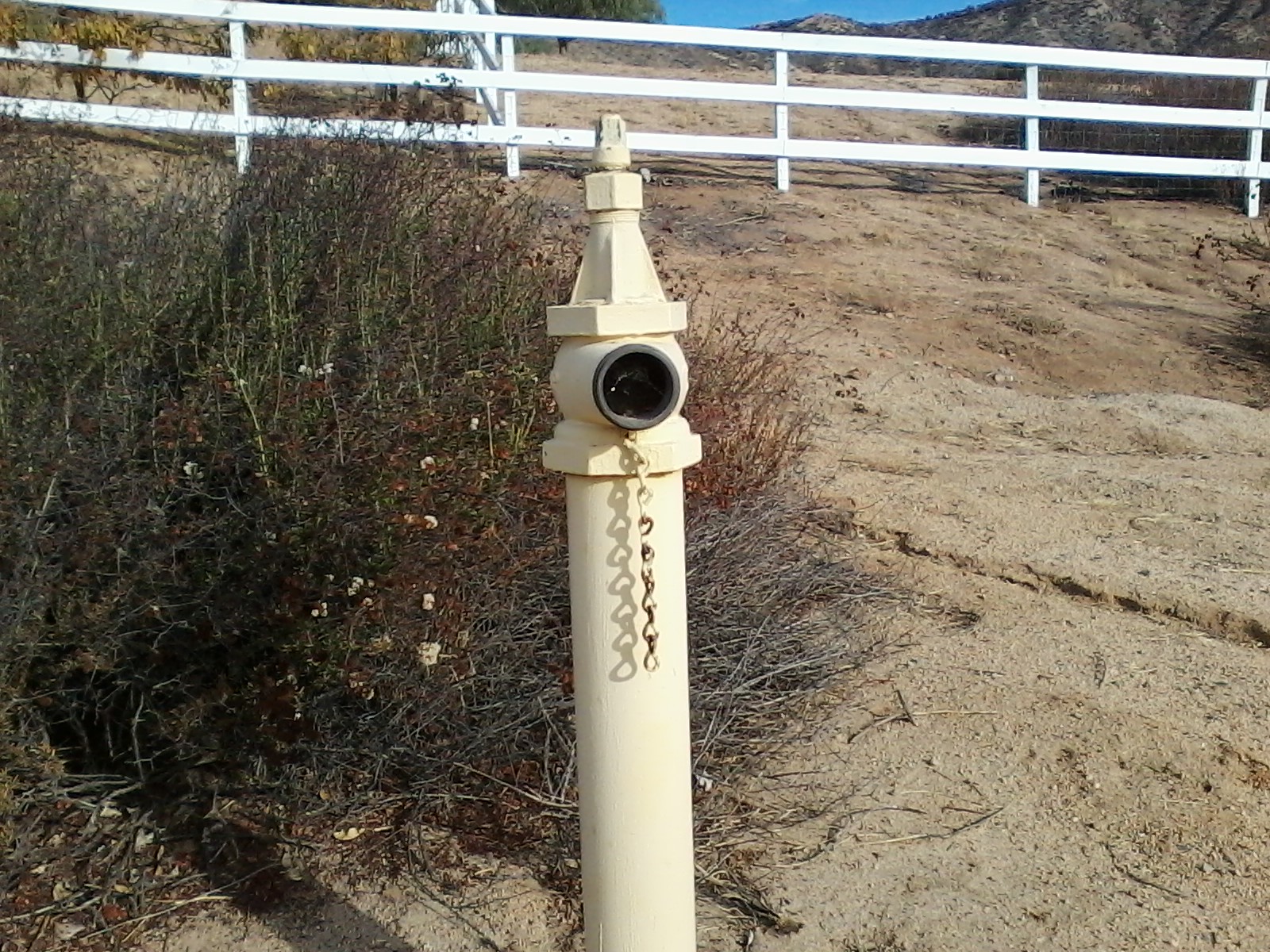 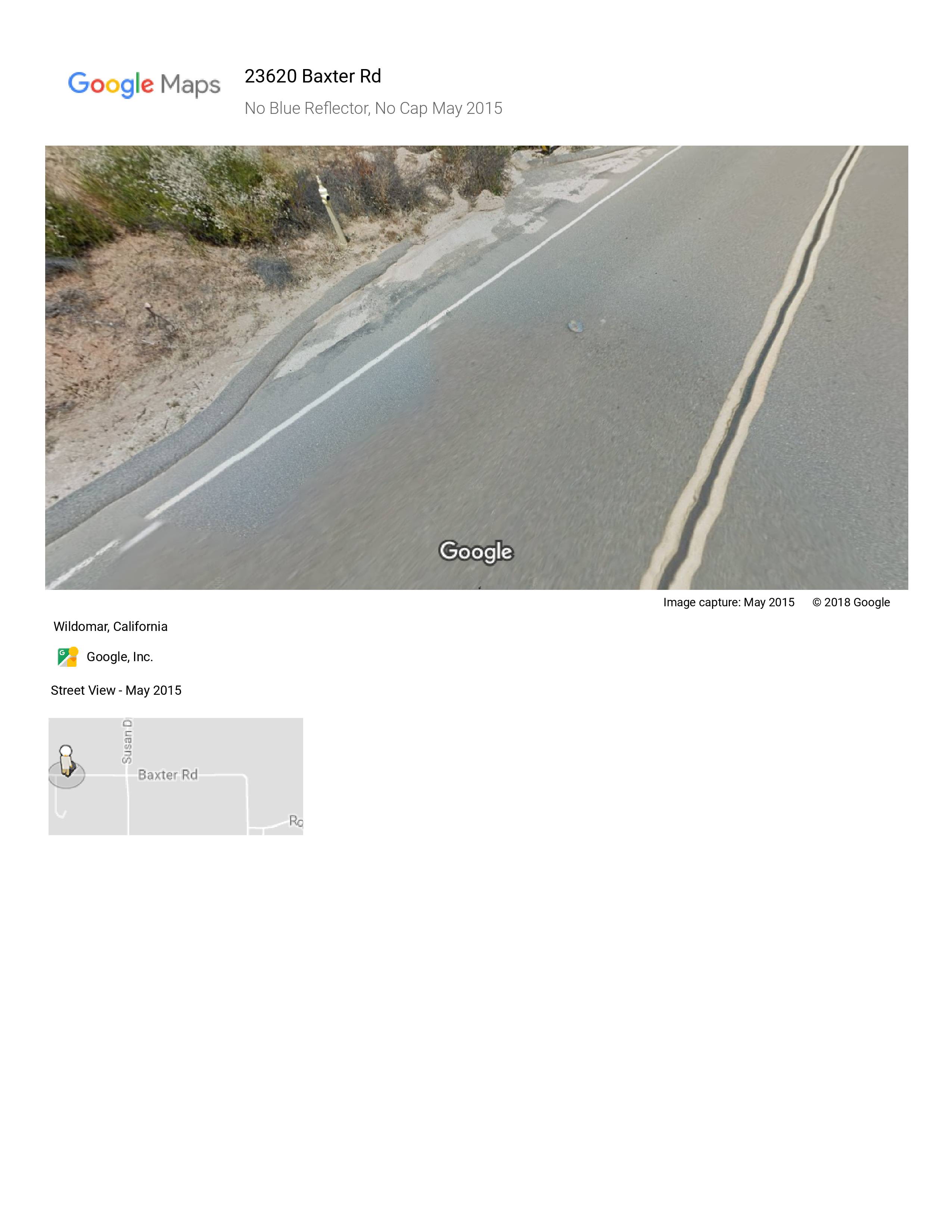 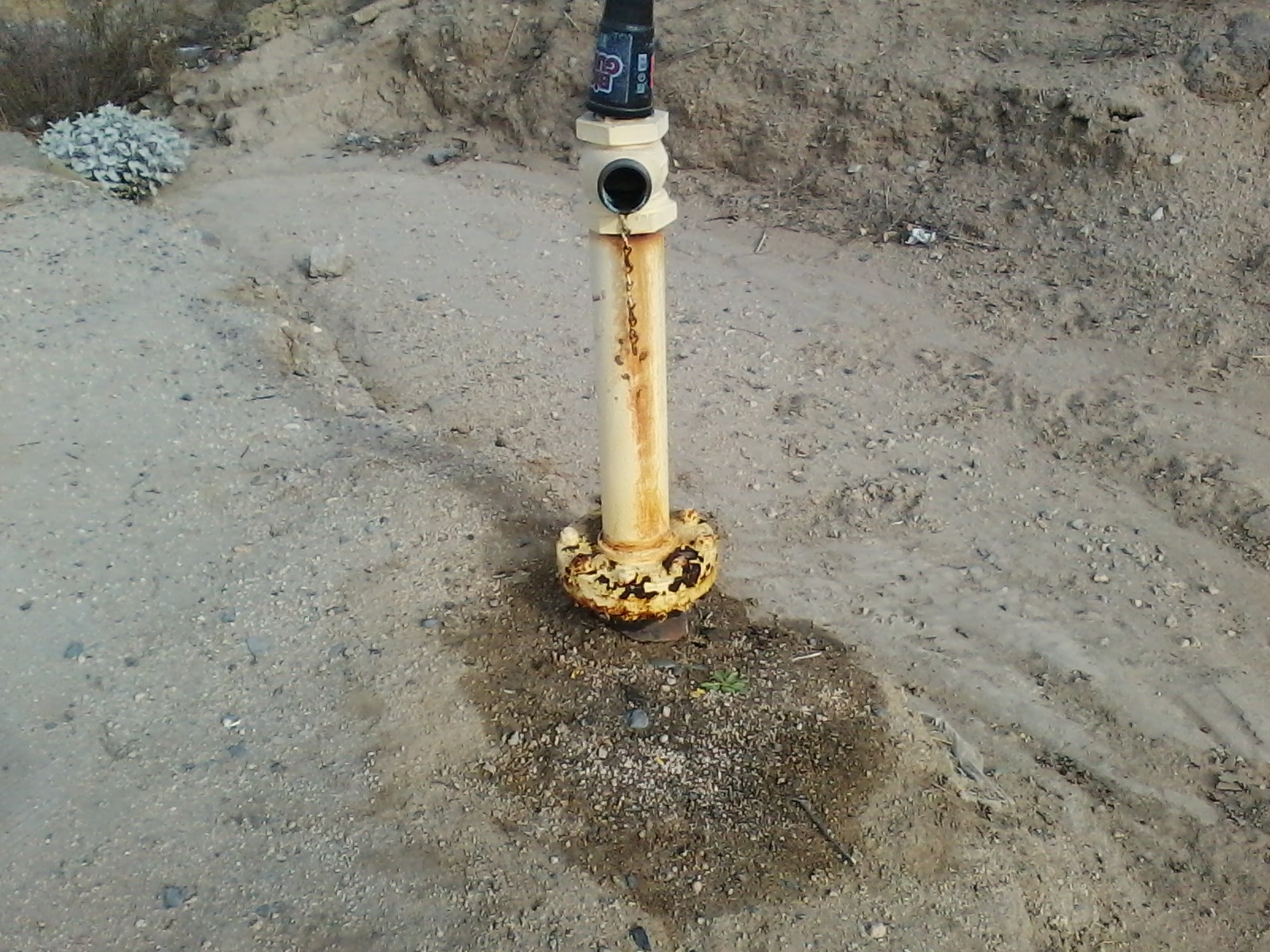 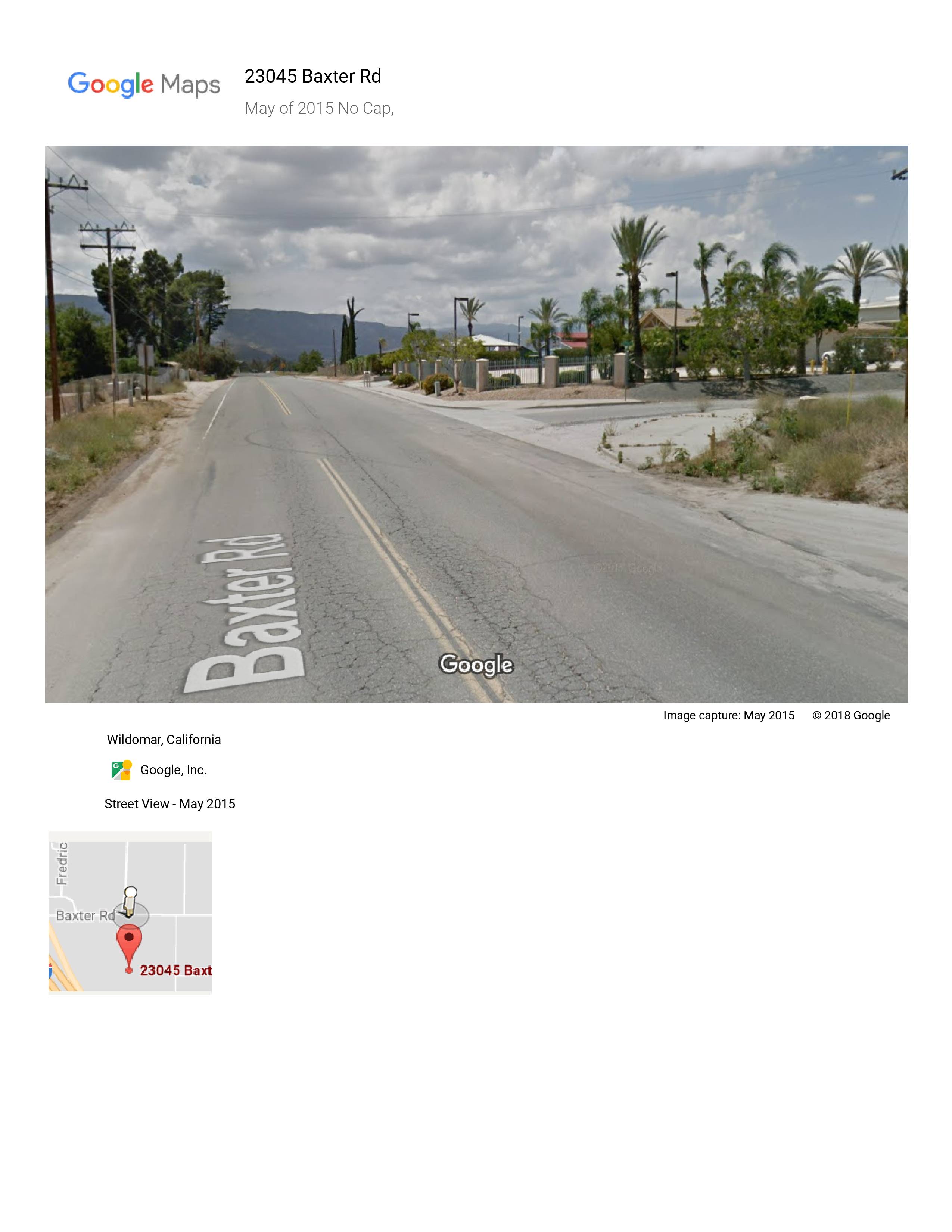 I have come across numerous others since then. 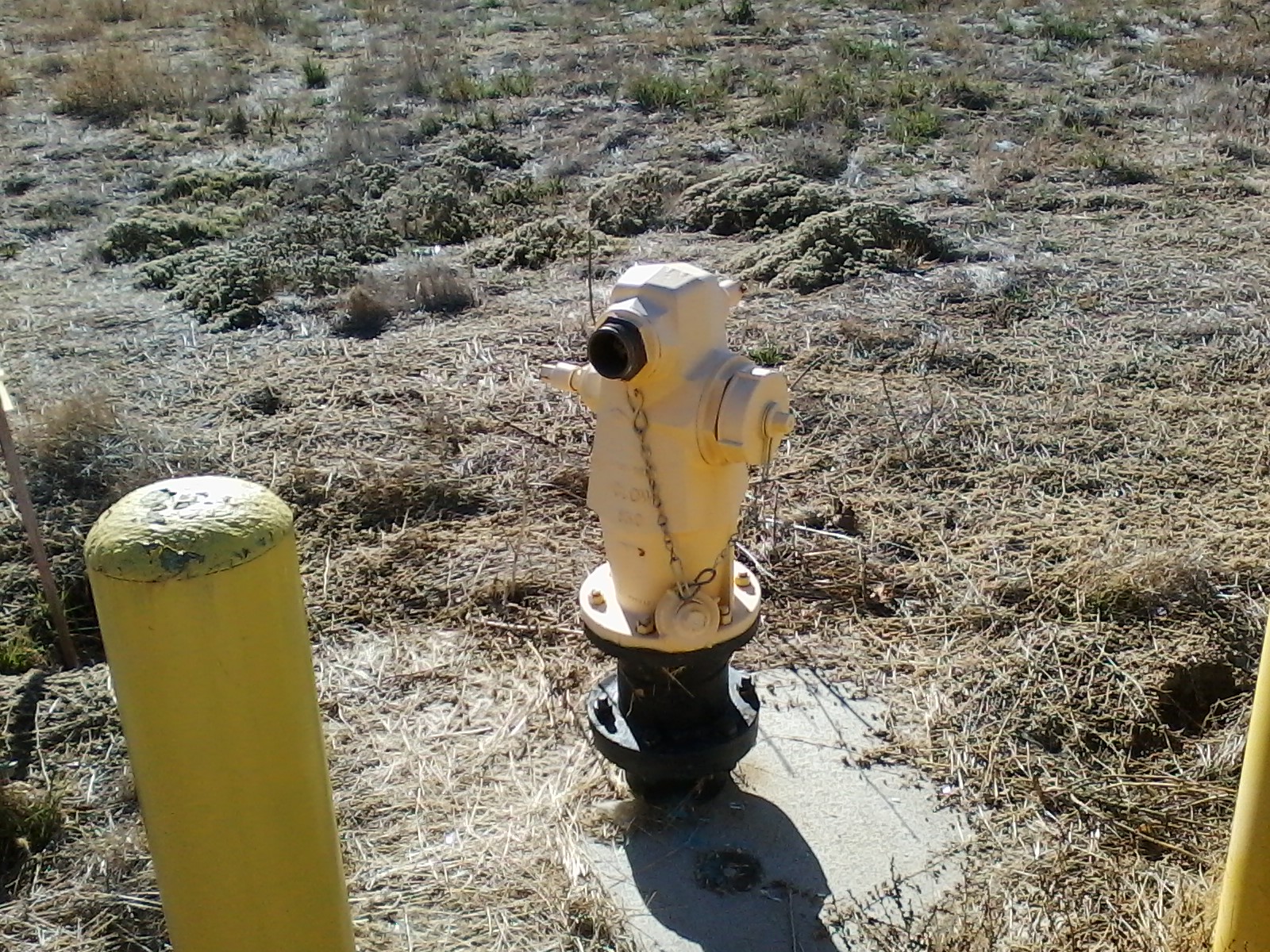 Gruwell St. at Union St. a block away from the fire station. 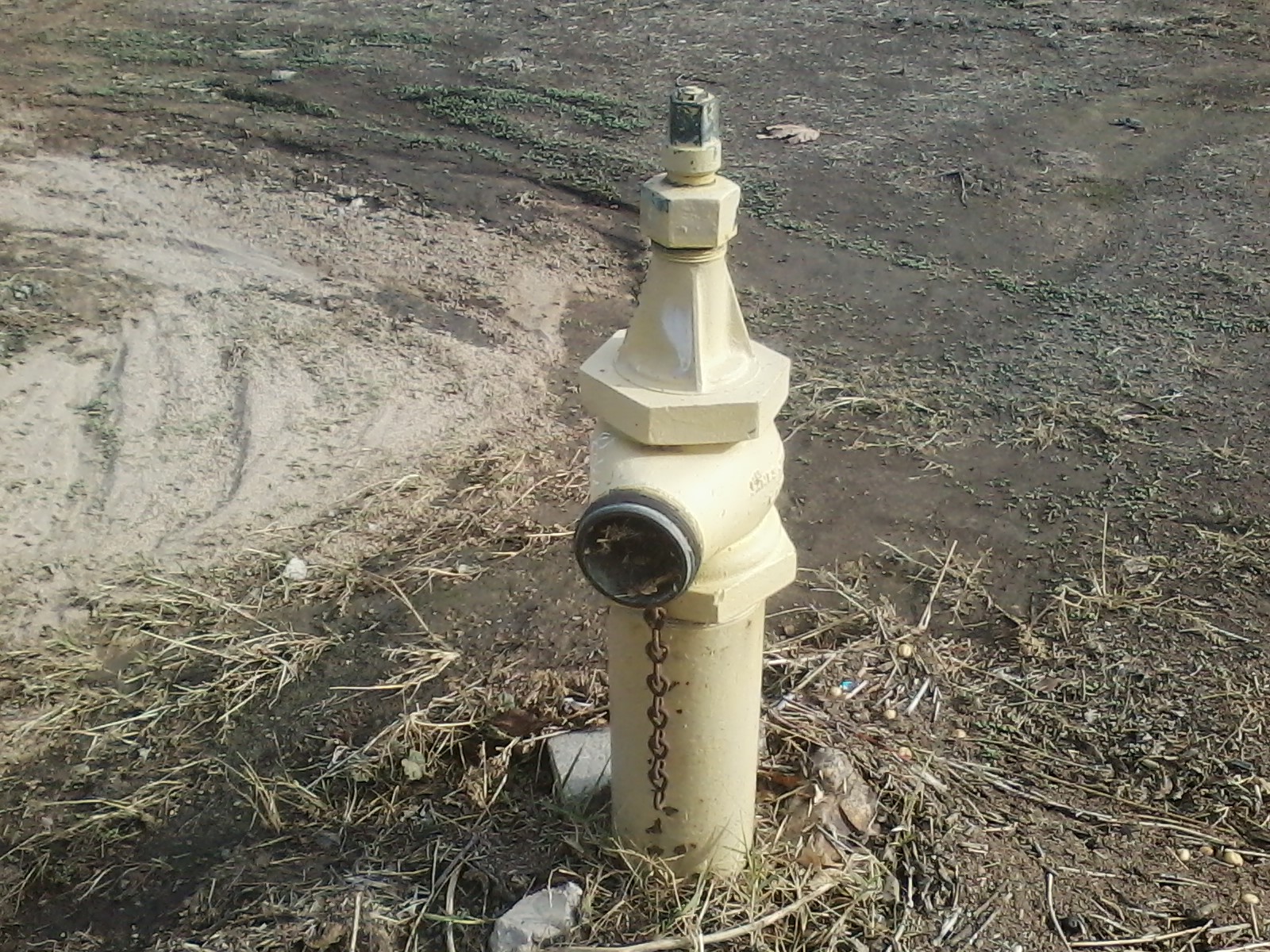 Malaga at Mission Trail in Wildomar 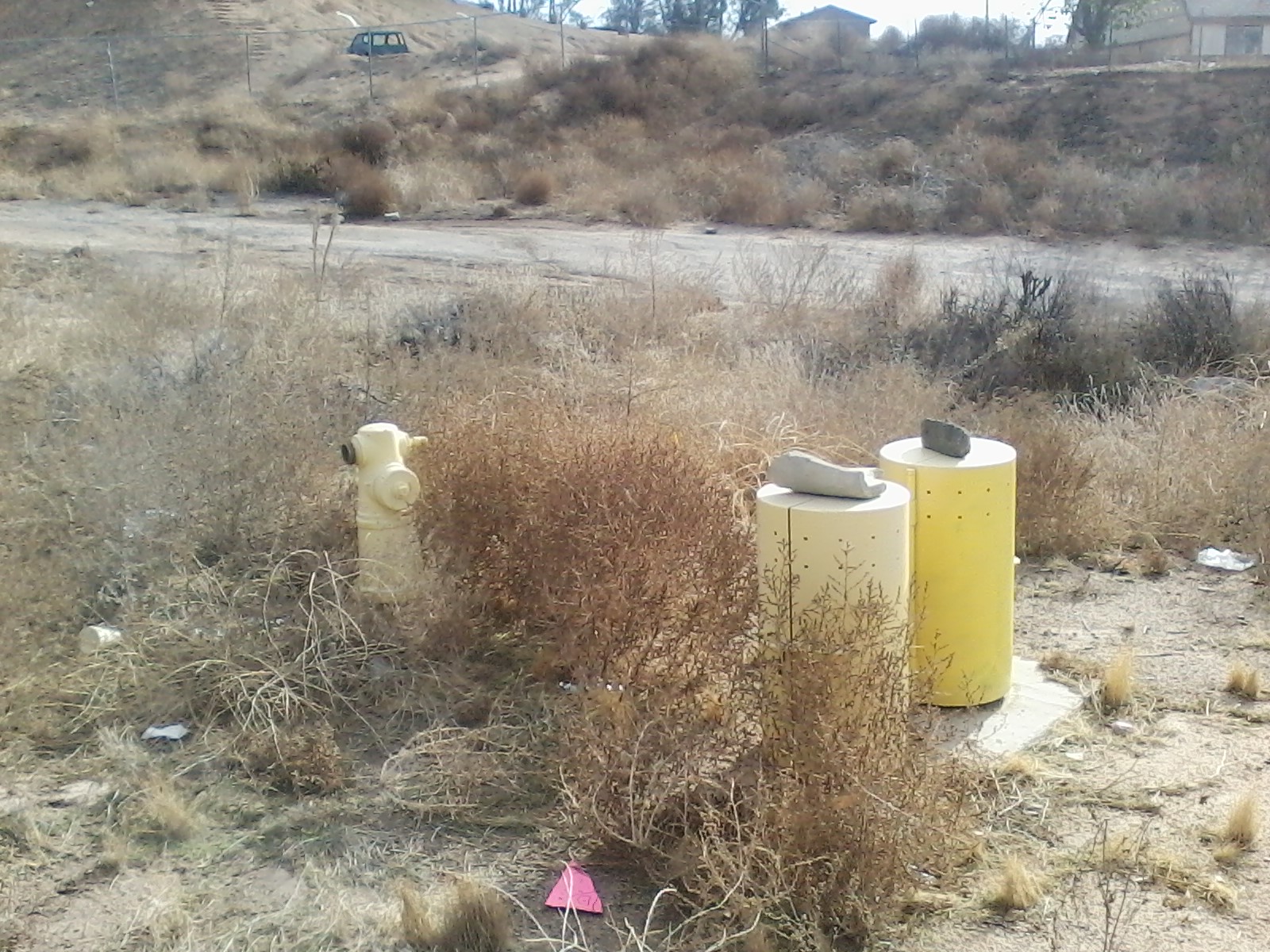 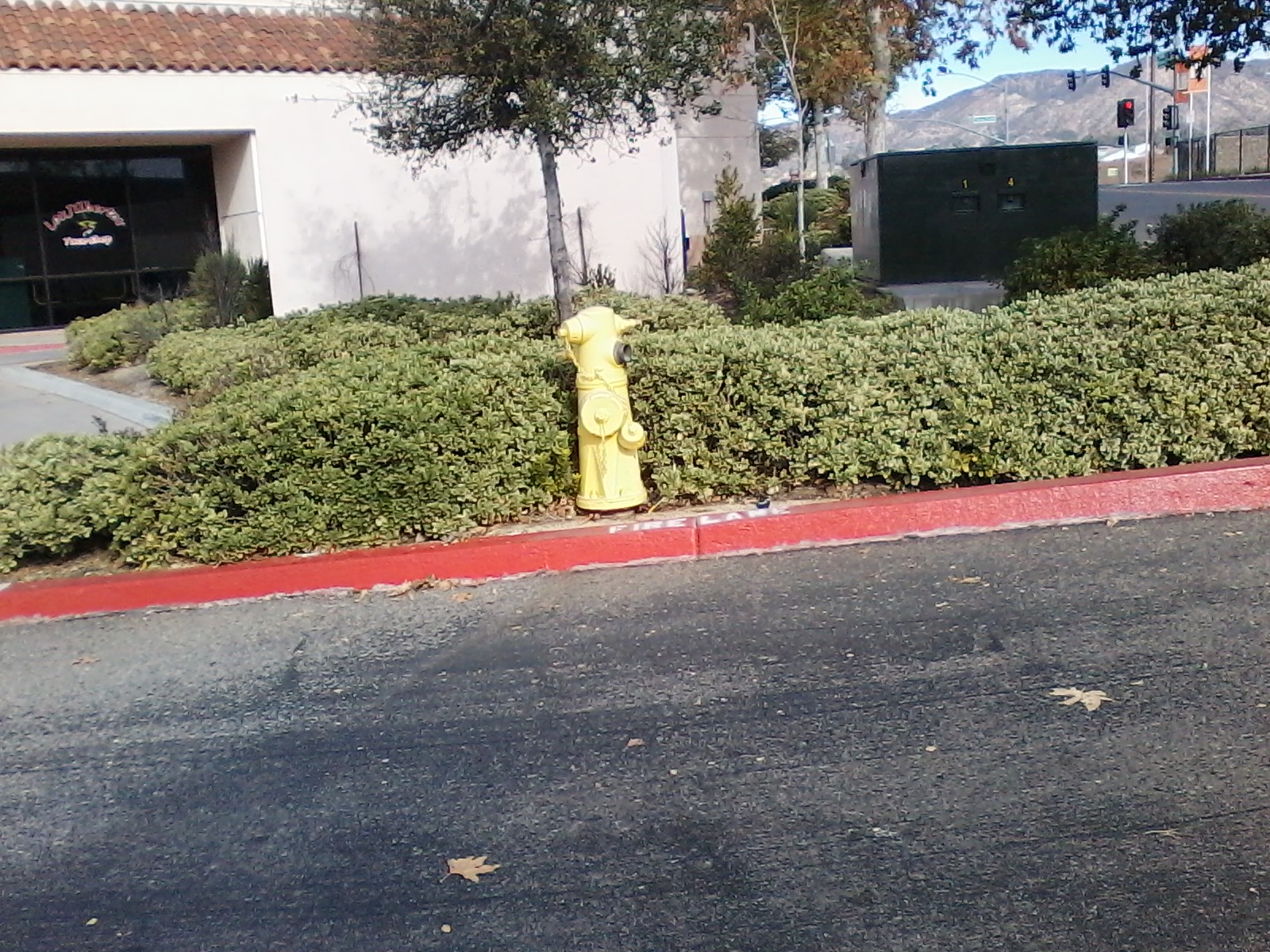 Across from the Waba Grill in the Albertson’s Parking Lot, near City Hall

While researching who is responsible it was found to be Elsinore Valley Municipal Water District (EVMWD).
This information can be found in the
EVMWD ADMINISTRATIVE CODE (Updated Setember 2017)
http://www.evmwd.com/civicax/filebank/blobdload.aspx?BlobID=32555
§ 3167. Physical Inventory of Fixed Assets
The District will account for and inventory all assets at least once every three years.
§ 3202. Definitions.
J. Public Fire Protection Service means the service and facilities of
the entire water supply, storage and distribution system of the
District, including the fire hydrants affixed thereto and the water
available for fire protection, excepting house service connections
and appurtenances thereto.
§ 3208. Public Fire Protection.
A. Use of Fire Hydrants. Fire hydrants are for use by the District or
by organized fire protection agencies. Other parties desiring to
use fire hydrants for any purposes must first make application
prior to use and shall operate the hydrant in accordance with
instructions issued by the District. Unauthorized use of hydrants
will be prosecuted according to law.