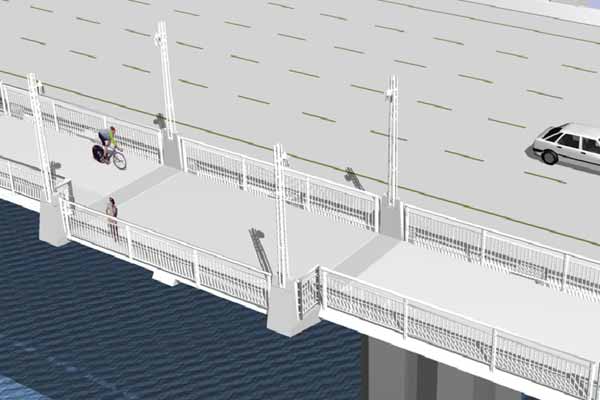 Bikeway hanging out from the edge. 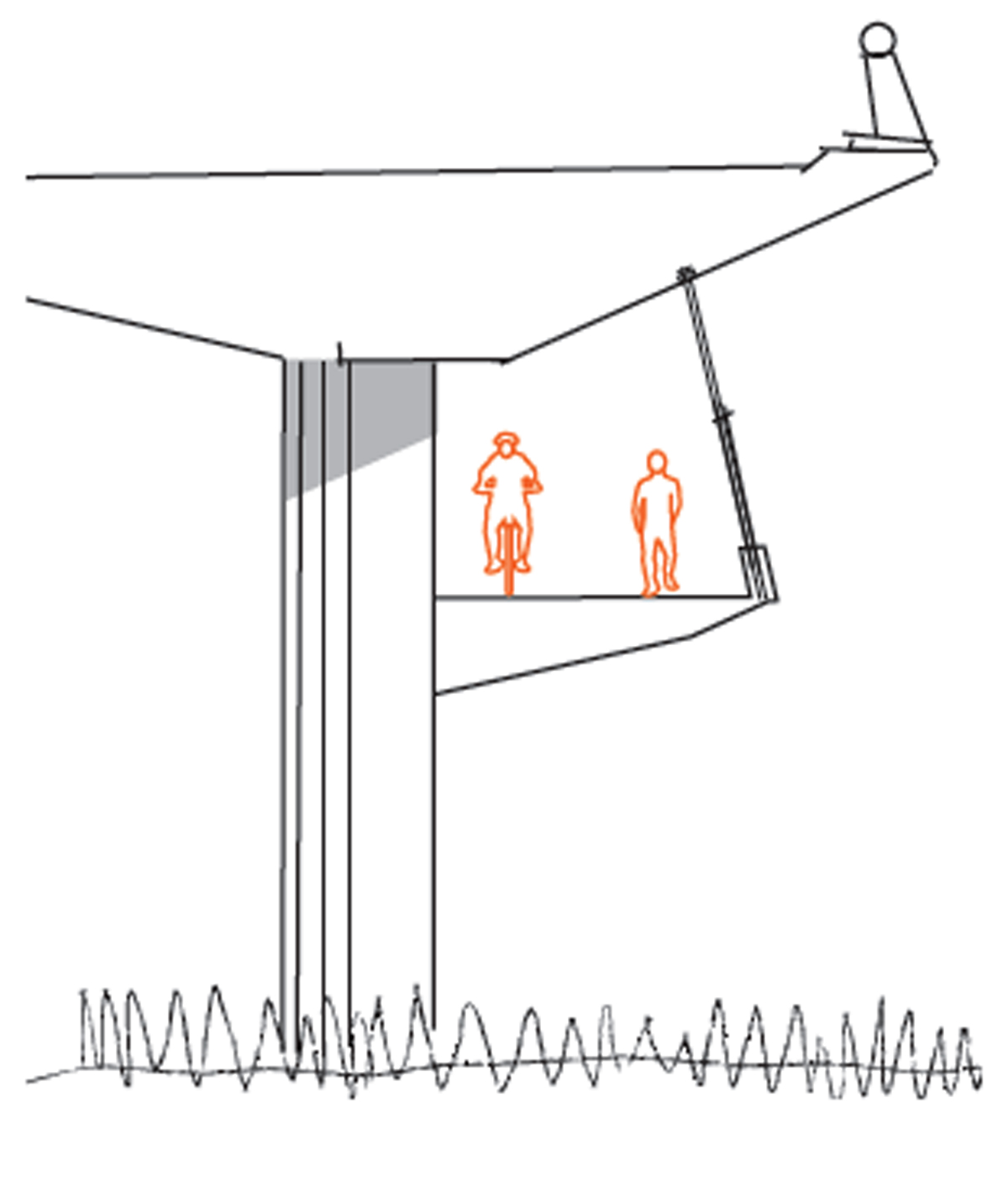 Thanks to a short sighted city council and staff a project was approved that will result in an important transportation route being incomplete.

The route is called Monte Vista Drive which the City of Wildomar will allow to be modified from its current designation of a Secondary Highway Standard 94 which includes a 100 foot right away. The new look will be a Major Frontage Road Standard 109 (should be 97 foot right of way) modified to all of 82 feet wide without any sidewalks or landscaping along its west side which borders Interstate 15 as it slices along the eastern hills thru Wildomar along with a reduce width sidewalks on the east side. 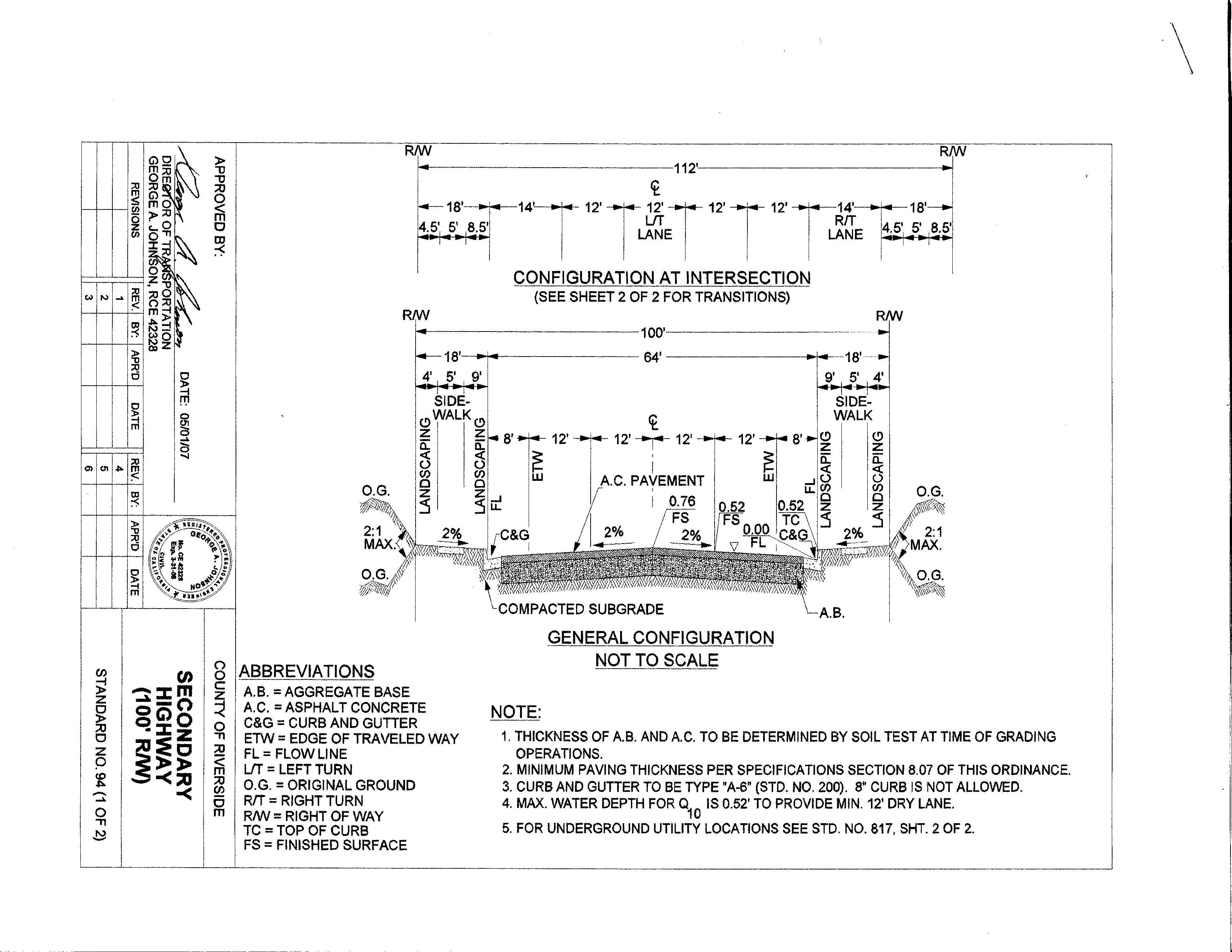 The County of Riverside Standard Ordinance 461 which are what the City of Wildomar adopted upon incorporation call for a multi-use trail to be 26 feet in width from the curb face, but alas, the City of Wildomar feels we only deserve 14 with no fence separating the trail from the sidewalk. 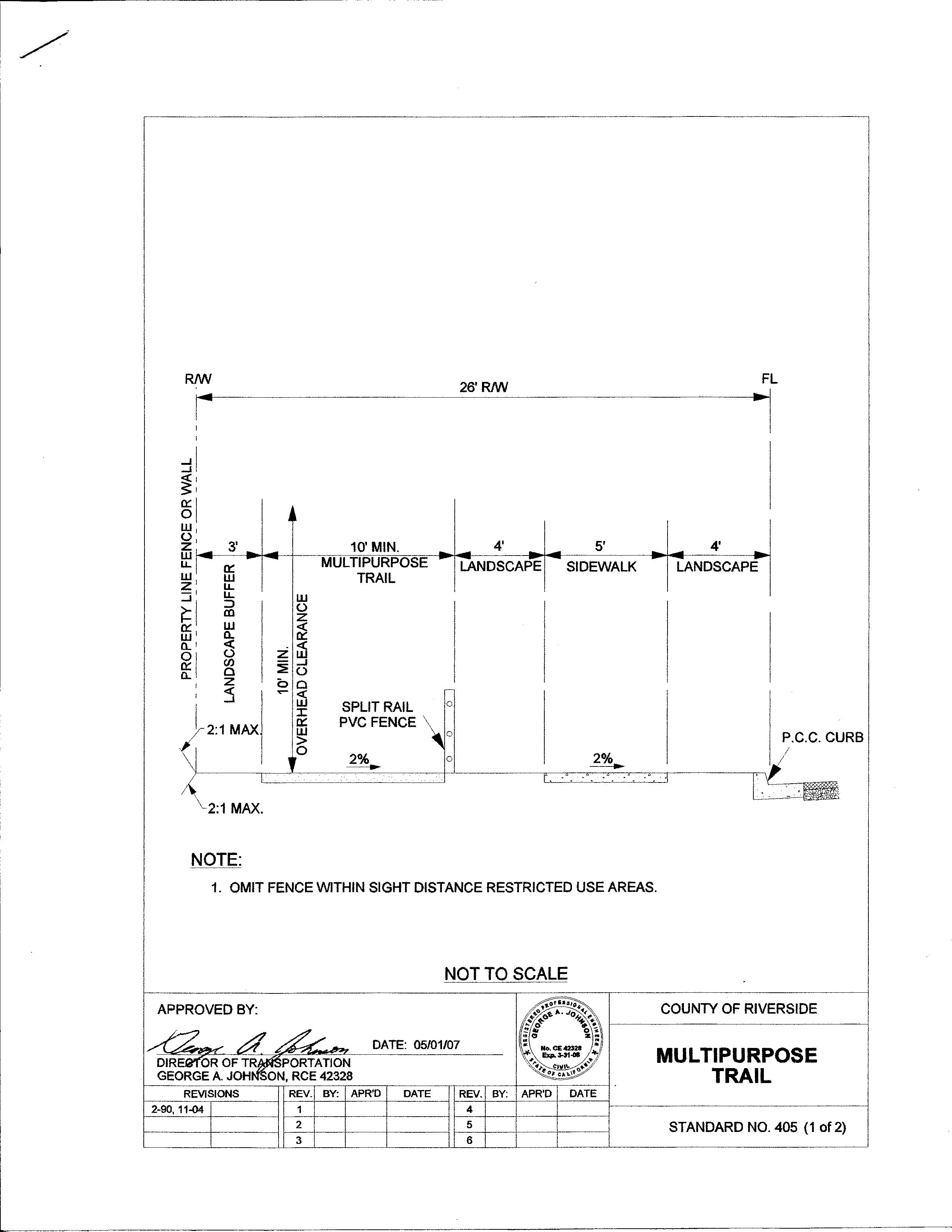 Below is all the City of Wildomar was willing to fight for, its citizens will pay the price in the future with traffic delays, unwalkable trails which are not horse friendly along with bikeways that are dangerous to all but the most experienced riders. 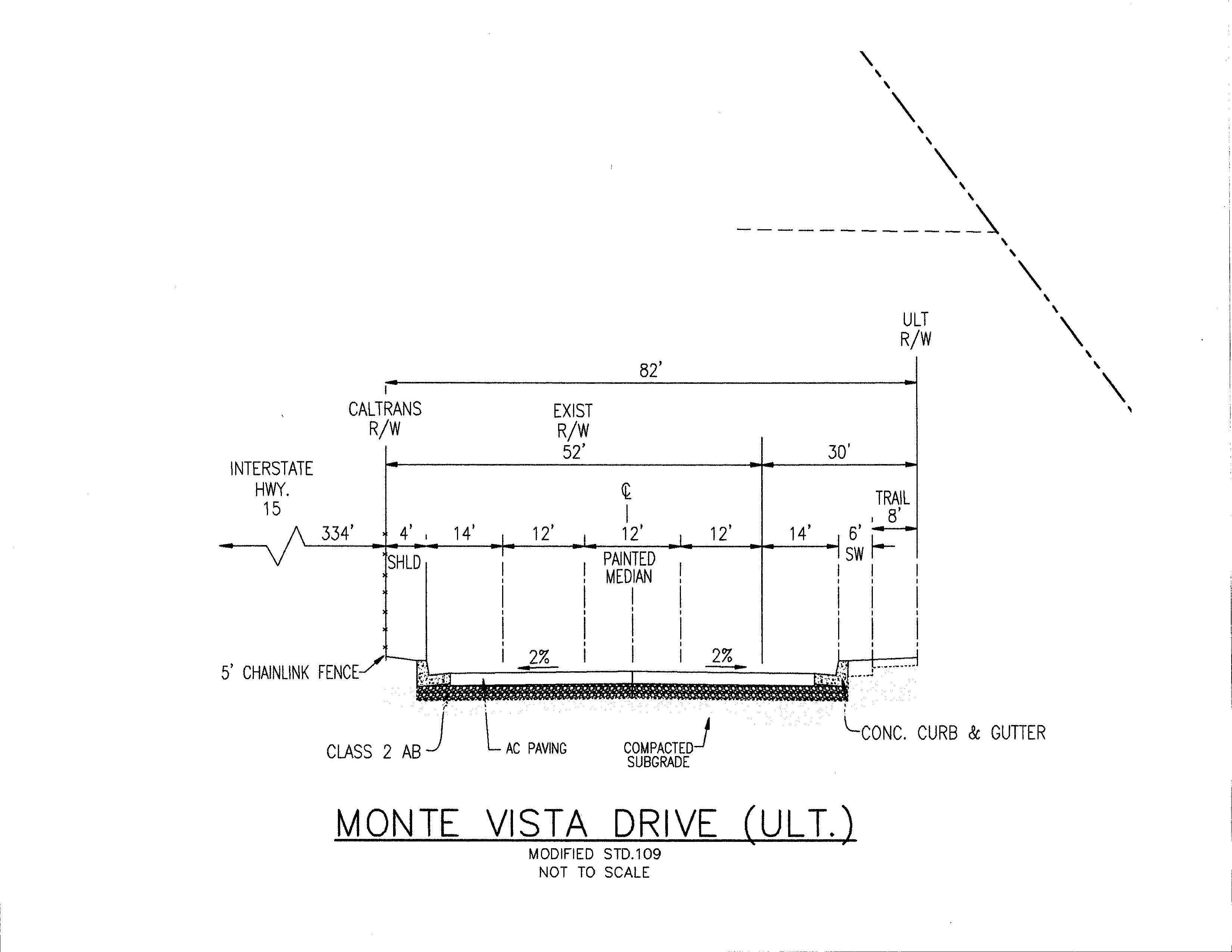 Mind you the speed limit on this stretch of roadway is currently 55 mile per hour.

The claim from the dais or throne if you wish is that cities all over Riverside County are not putting sidewalks on the freeway sides of their frontage roads.
But guess what, we aren’t everyone else. This is Wildomar and we have an enviable situation with having a frontage road that has a view.

The pictures below were taken standing next to the Caltrans fence in front of the project sight along Monte Vista Drive. 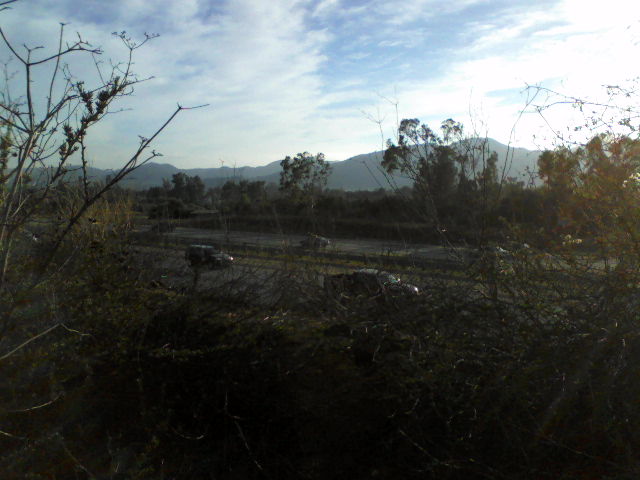 Much of this stretch of roadway is elevated above the freeway. 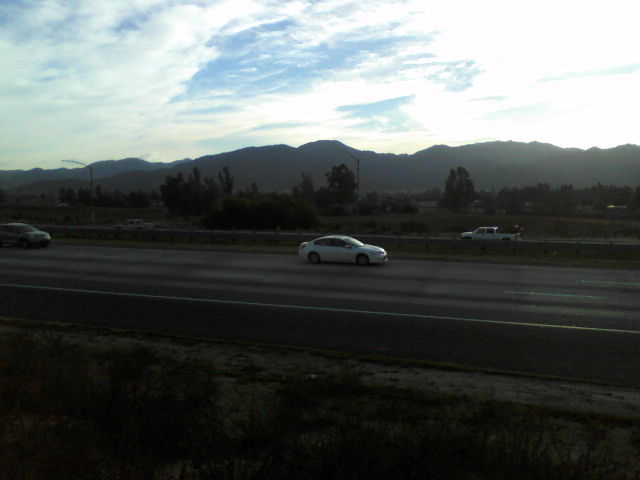 By setting a precedence in allowing this to occur on this project most of the elevated portions of roadways with a view are subject to the same abuses of power by the City of Wildomar in the future.
This city will lose all of its unique features to development and end up looking like so many other communities, slabs of boring concrete with no character. 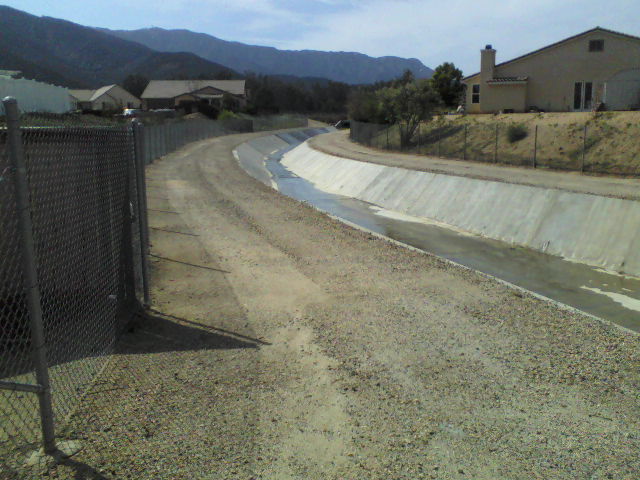 Around here they call this a river or creek.