While researching for information on the Tot-Lots I visited Perret Park in Lakeland Village.
Perret Park was rebuilt by the County of Riverside at the same time as Regency-Heritage Park and Windsong Park using the same design engineer and contractor therefore the design of the facility and the materials in the Tot-Lots would be the same age.
I was hoping to take pictures showing how a properly maintained Tot-Lot should look like 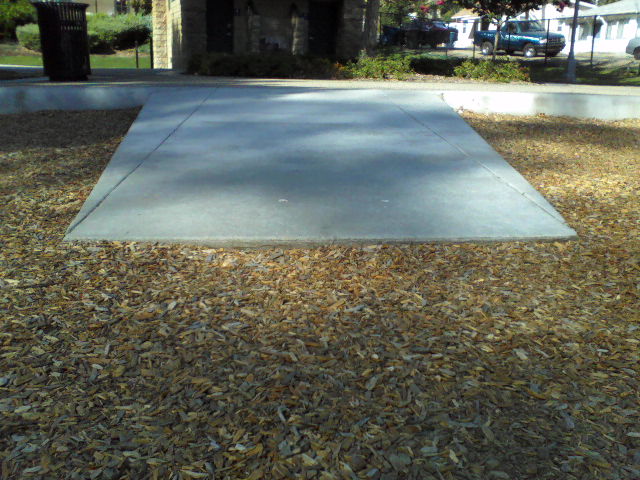 This facility is in my opinion seriously low on surfacing material.

Low and behold what I found was the same conditions that I found in Wildomar’s three Tot-Lots, a serious shortage of surfacing material (wood chips), 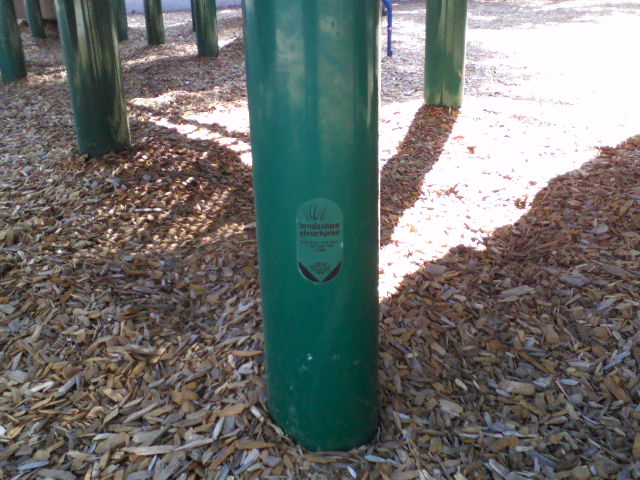 Same decals as present in Wildomar signifying the low limit of surfacing material. 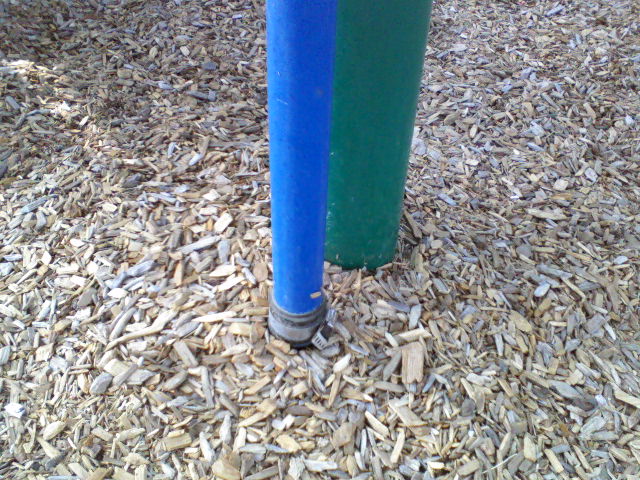 Look familiar, another exposed hose clamp waiting for a toe.

Sent an e-mail to Supervisor Kevin Jeffries office on July 29th and received a response the next day July 30th from both his chief of staff Mr. Jeff Greene and his representative for the Lakeland Village area Kristen Huyck.
Both assured me that the situation would be looked into immediately. It was, I received an e-mail on July 31st from the Parks Director for Riverside County, Mr. Scott Bangle, who assured me the County of Riverside takes the safety of children seriously and the matter would be dealt with immediately.
On August 1st I received an e-mail from Mr. William Cloake IV who is Superintendent of Community Parks for Riverside County informing me that an audit by a Certified Playground Safety Inspector (CPSI) would be conducted early next week at Perret Park to determine the exact condition of the Tot-Lot and any deficiencies would be corrected mosh skosh.
Within 4 days the County made the decision to have the park audited by a CPSI, I asked and received permission to be present when this audit is conducted and will let everyone know the outcome.
The City of Wildomar in 5 days has done to my knowledge, NOTHING.
I received two e-mail responses to my letter to the council, one thanking me for the information and one stating the my e-mail would be forwarded to the City Manager and the “Parks Manager”
Parks Manager is kind of a joke, what we have is a full time cemetery employee that masquerades as a parks employee whenever he is not too busy at the cemetery as so ordered by the city manager.
Funny part about the whole thing is I live in Wildomar not Lakeland Village. The County of Riverside despite all its faults is currently listening to its citizens.