Some residents are truly gullible beyond belief.

https://www.facebook.com/WildomarRap/
My biggest takeaway from it is that Wildomar is getting it’s 4th park. The park is park of Grove Park mixed use development on the east side of the freeway off of Clinton Keith Rd. 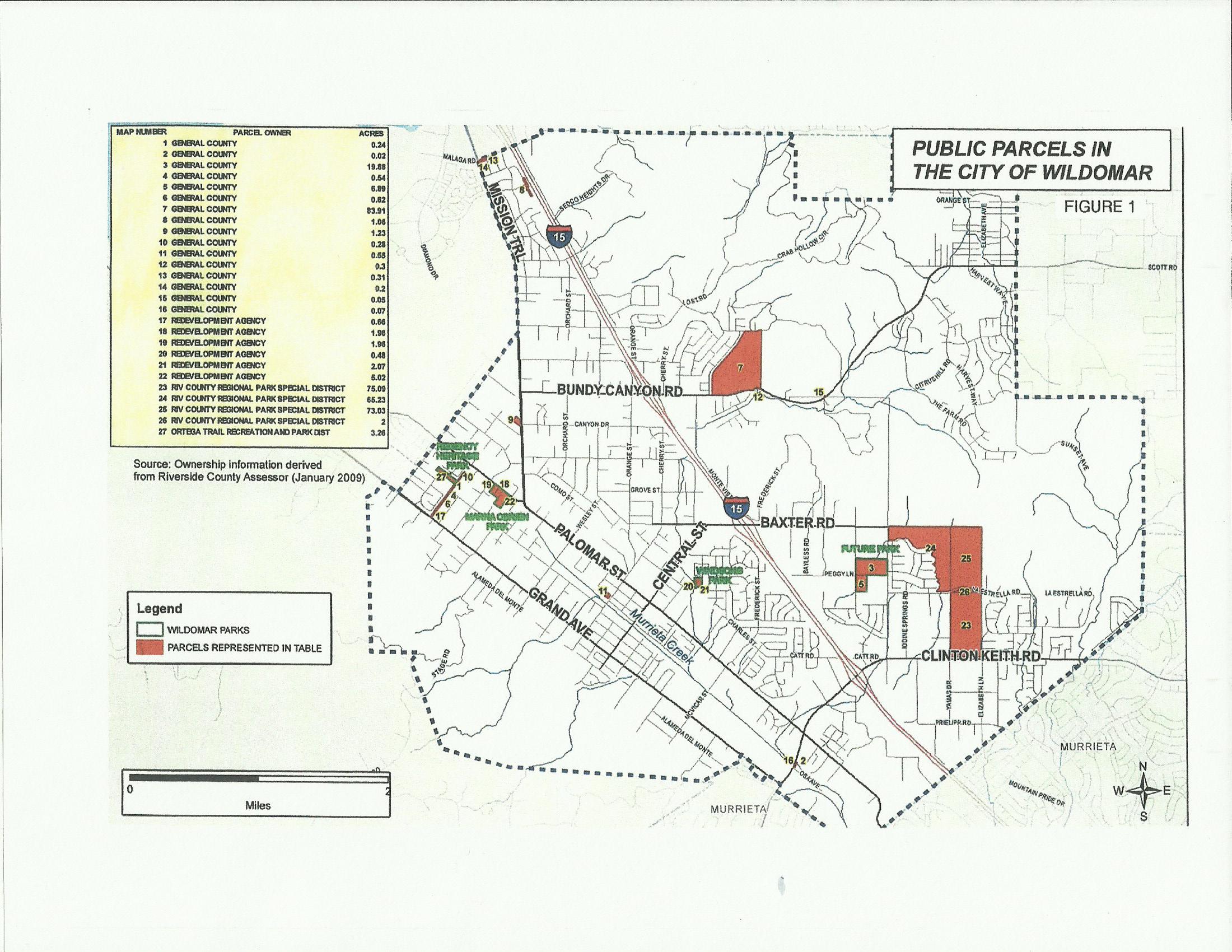 Below is the link to the Riverside County Board of Supervisors action on July 16, 2013 wherein they transferred title to two parcels and the last 300K in Quimby Fees held by the County of Riverside
http://rivcocob.org/proceeds/2013/p2013_07_16_files/03-68001.pdf

After forgetting about the above purchase one would have to deem the currently talked about 1.8 acre property as a park. 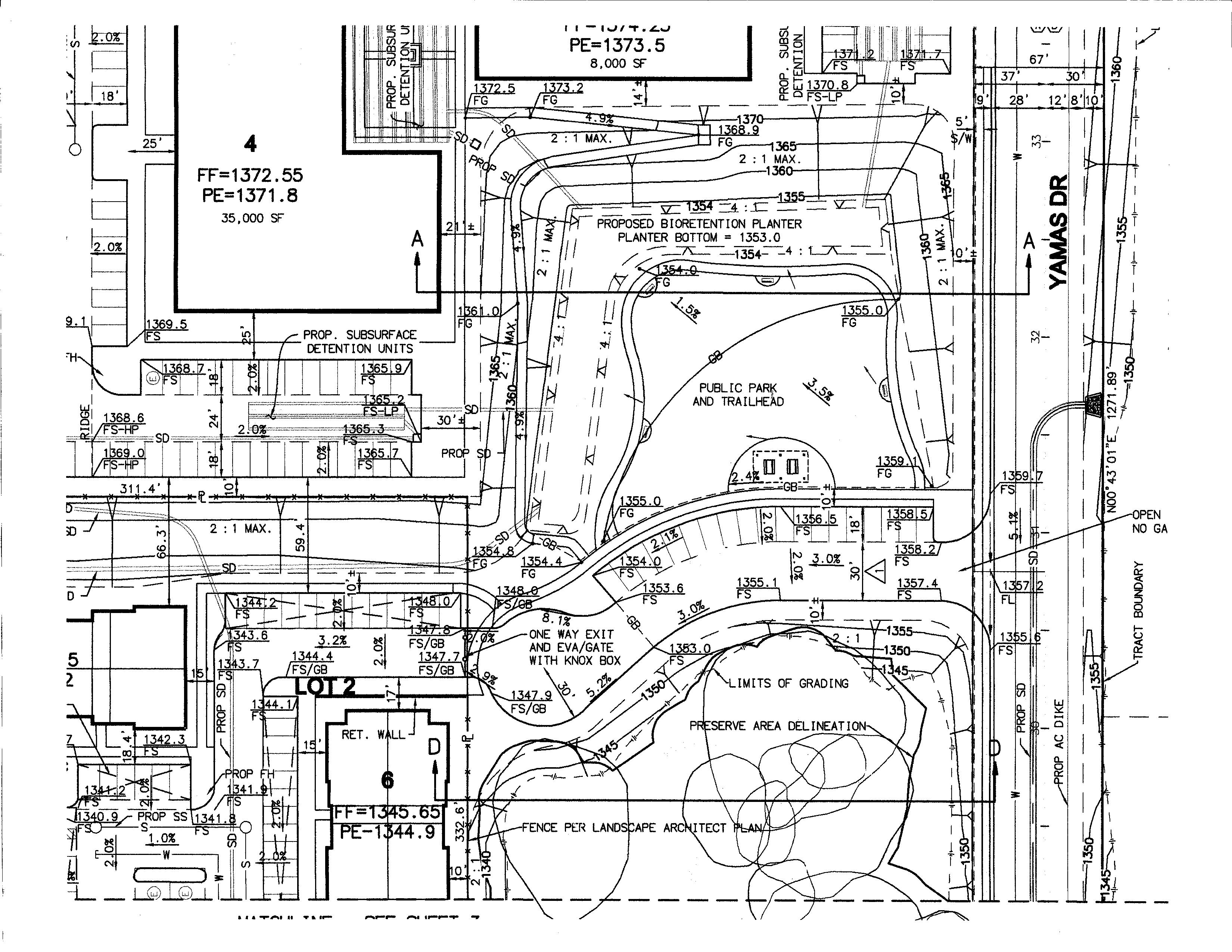 For a view to give you perspective Section A-A

An example of something similar can be found at Regency Heritage Park. The hillside next to the homes on Autumn Oak is approximately 4 feet from the elevation of the basketball court with a 6 foot block wall above that for 10 feet total. 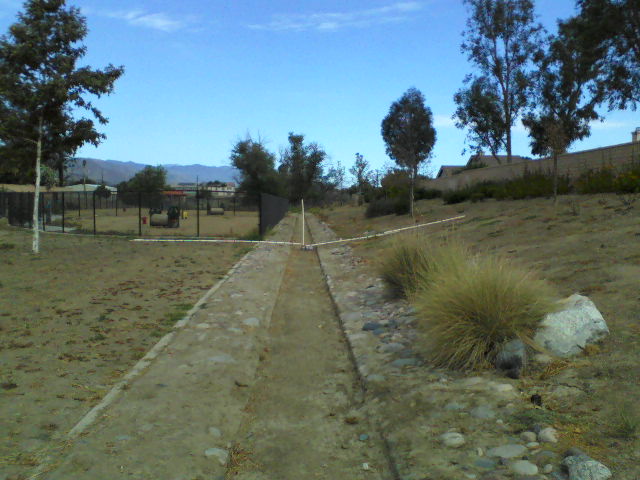 The full effect of this retention basin will be felt with every significant rainfall as shown by the 4.25 acre Drainage Management Area A shown below. 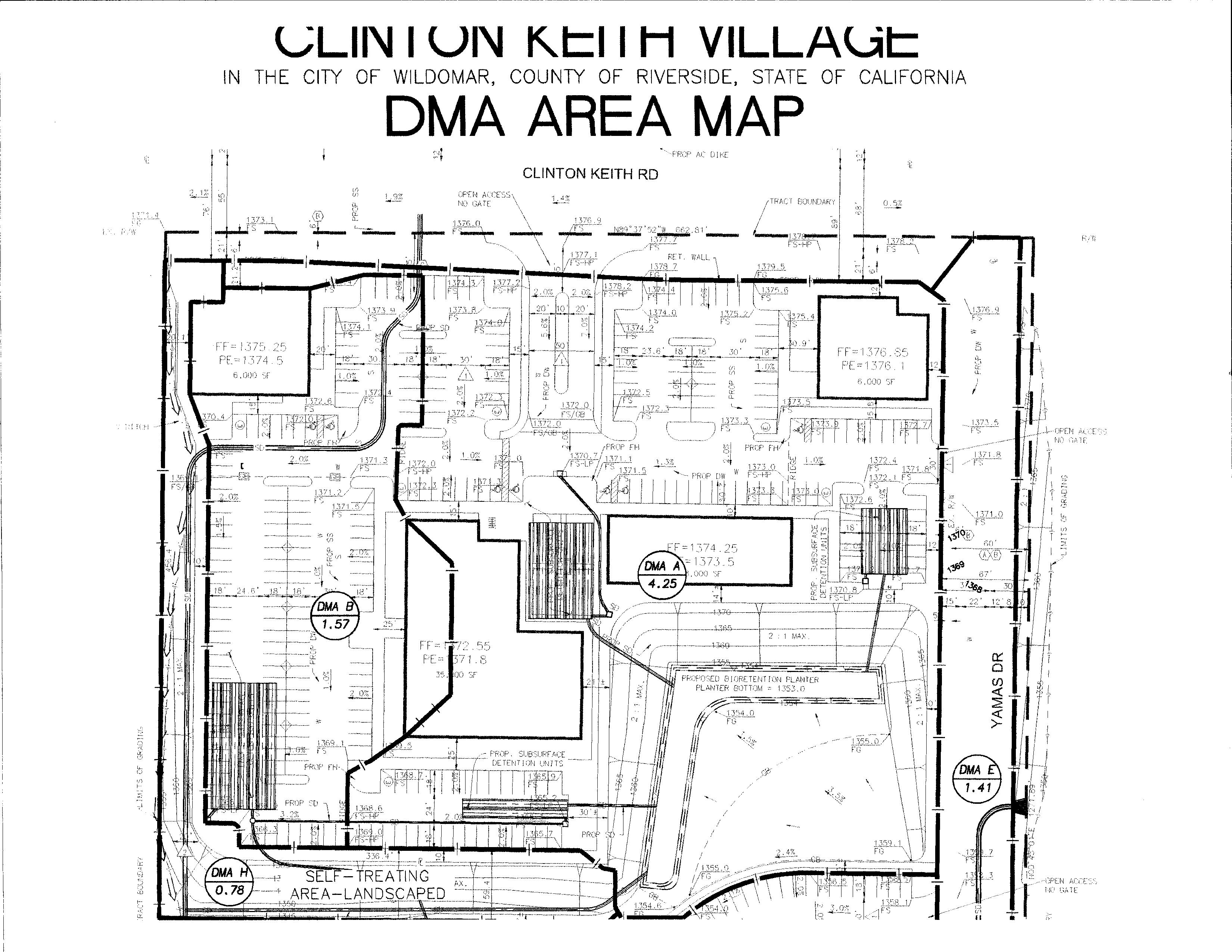 This DMA directs three separate storm drains into the bioretention basin before it exits to the west property line.

What is left over after the hillsides, retention basin and parking lot is approximately 11,000 square feet (.25 acres) of relatively flat property.

There is an attempt to make the sidewalk from the bottom parking lot up to the commercial center ADA compliant. ADA allows for a maximum grade of 5% and this developer proposes a 4.9% grade. The issue here is the California State Parks Guidelines call for rest areas on difficult trails every 200 feet. Rest areas are defined as level portions of a trail wide enough to provide wheelchair users and others a place to rest and gain relief from prevailing grade and cross-slope demands. The most inviting rest areas have a bench, shade, a place to rest bicycles, and a trash receptacle. 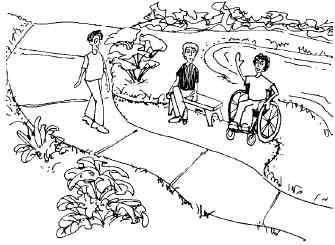 This sidewalk would benefit from 2 such rest areas, one at the switch back and one approximately 1/2 the distance down the hill.

Next on tap will be the Oak Preserve with the Regional Trail Head.

First thing to look at is the trail extends only as far as the parking lot next to the Tot-Lot. The Oak Preserve is fenced between the Preserve and the development.
Secondly even if the trail were built from Yamas to the beginning of the trail the climb in/out of the Oak Preserve would be via a 2:1 slope or 50% grade. Not ADA compliant.
Third – as shown the trail exiting the western edge of the property is a reported 7.5% grade. Again not ADA compliant.
With storm drain coming in capable of 500 cfs in a 100 year event this basin will soon look like Regency Heritage Park, a disaster. 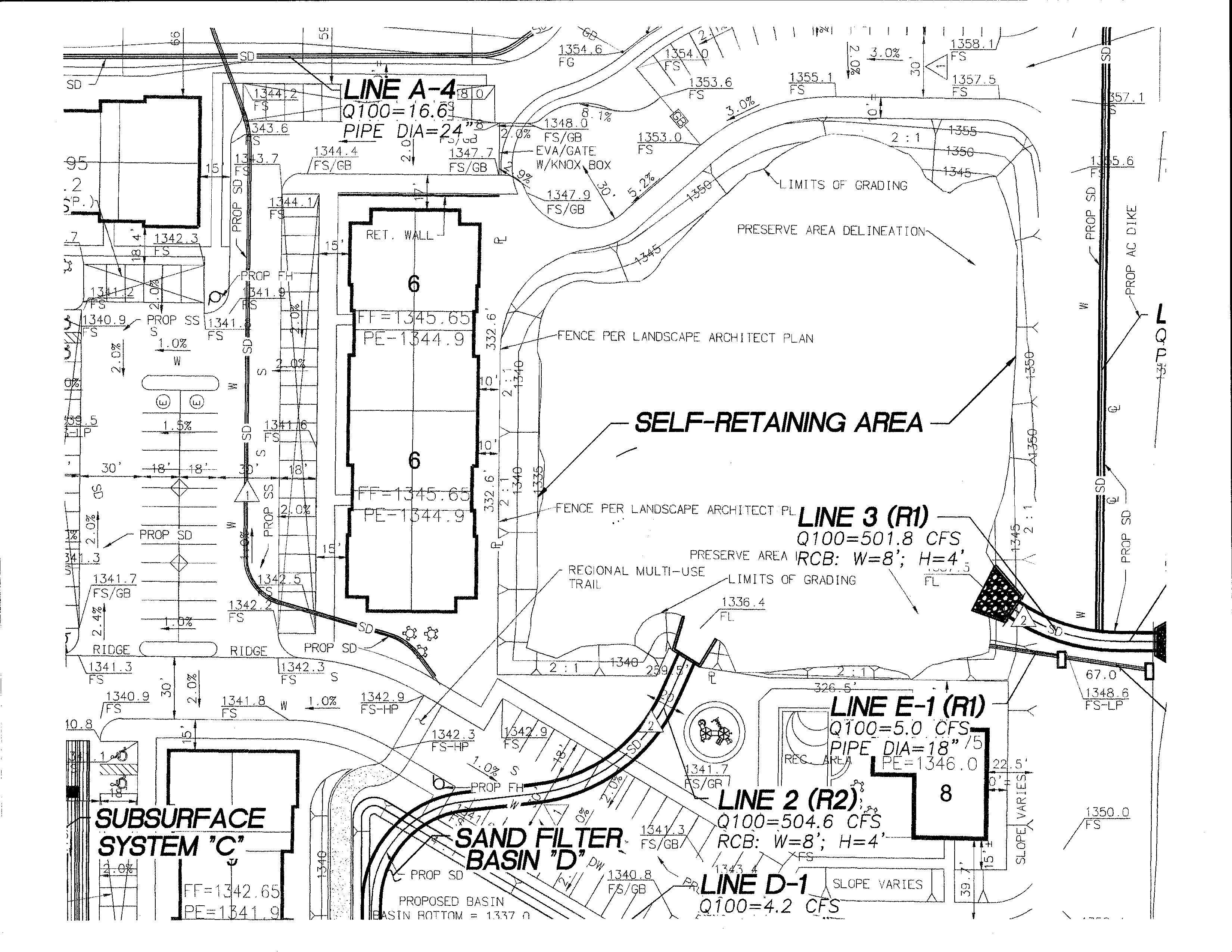 By allowing this 1.8 acre sight to be called a park when in reality is contains a .25 acre area capable of recreation the citizens of this community will be cheated out of impact fees that could be used to work on the existing 27 acres of parkland already owned by the city.