This is what happens when a good idea goes bad because city officials don’t think it out.

The Freedom Swing was installed, for the second time, at a cost of more than $31,000 more than a year ago. It has not been available for use by the general public because this city was unable to come up with an instructional sign which would allow people to properly use this swing.
In the interim the swing was kept behind a locked gate which the children of this community figured out how to circumvent. (Bend the Latch) 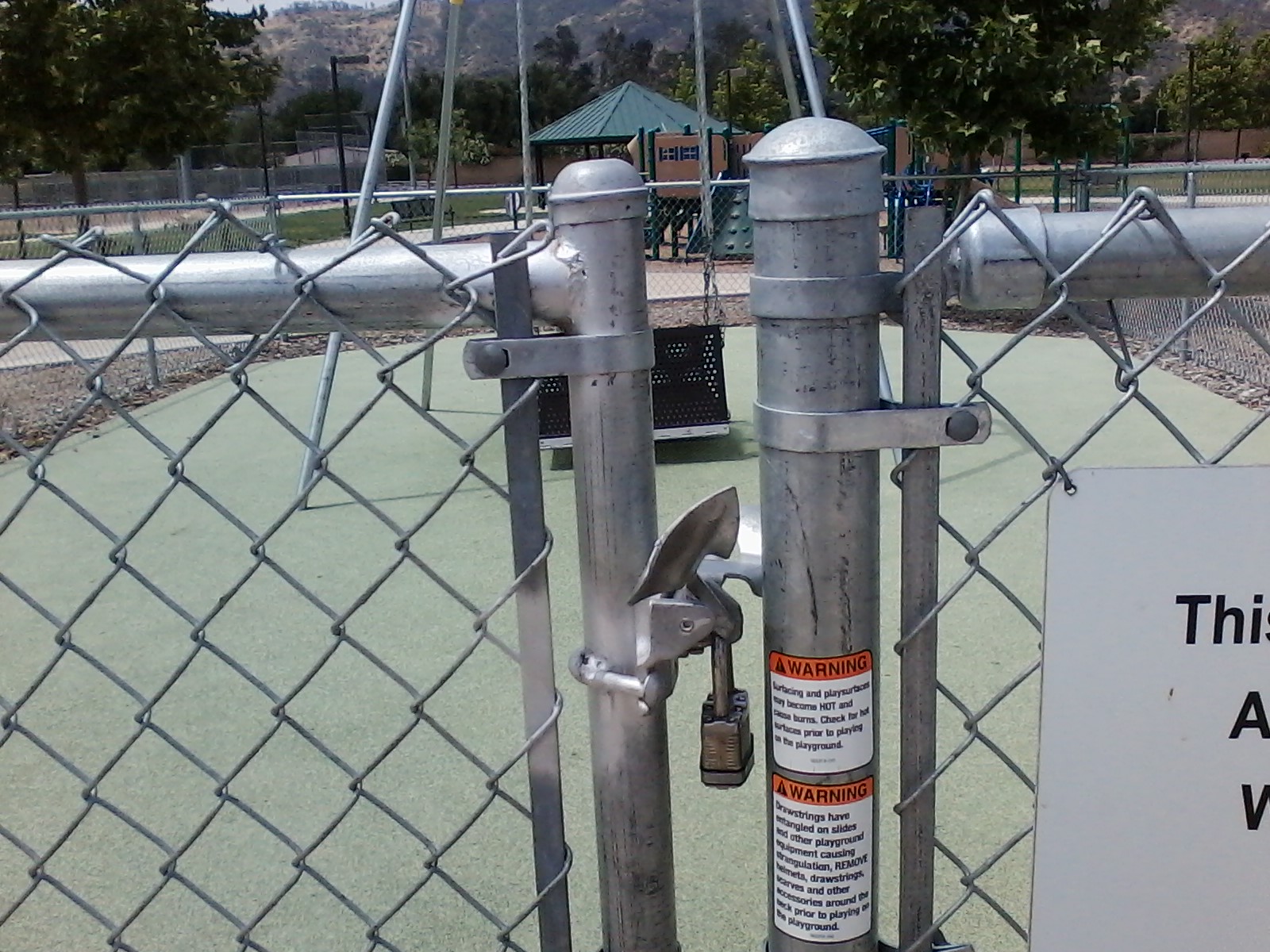 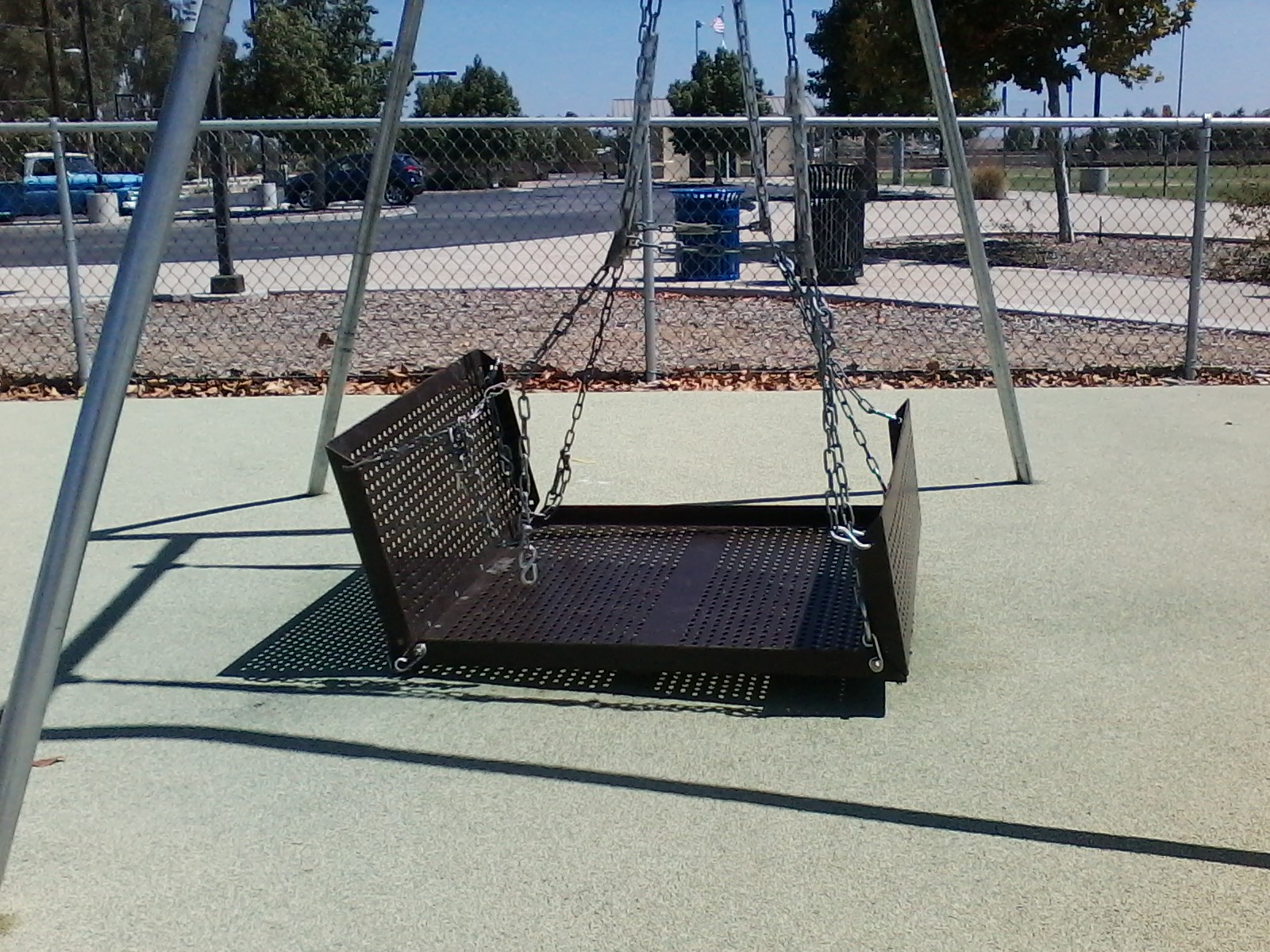 Notice the tilt of the swing because the chain on the bottom left has been broken by people jumping up and down. 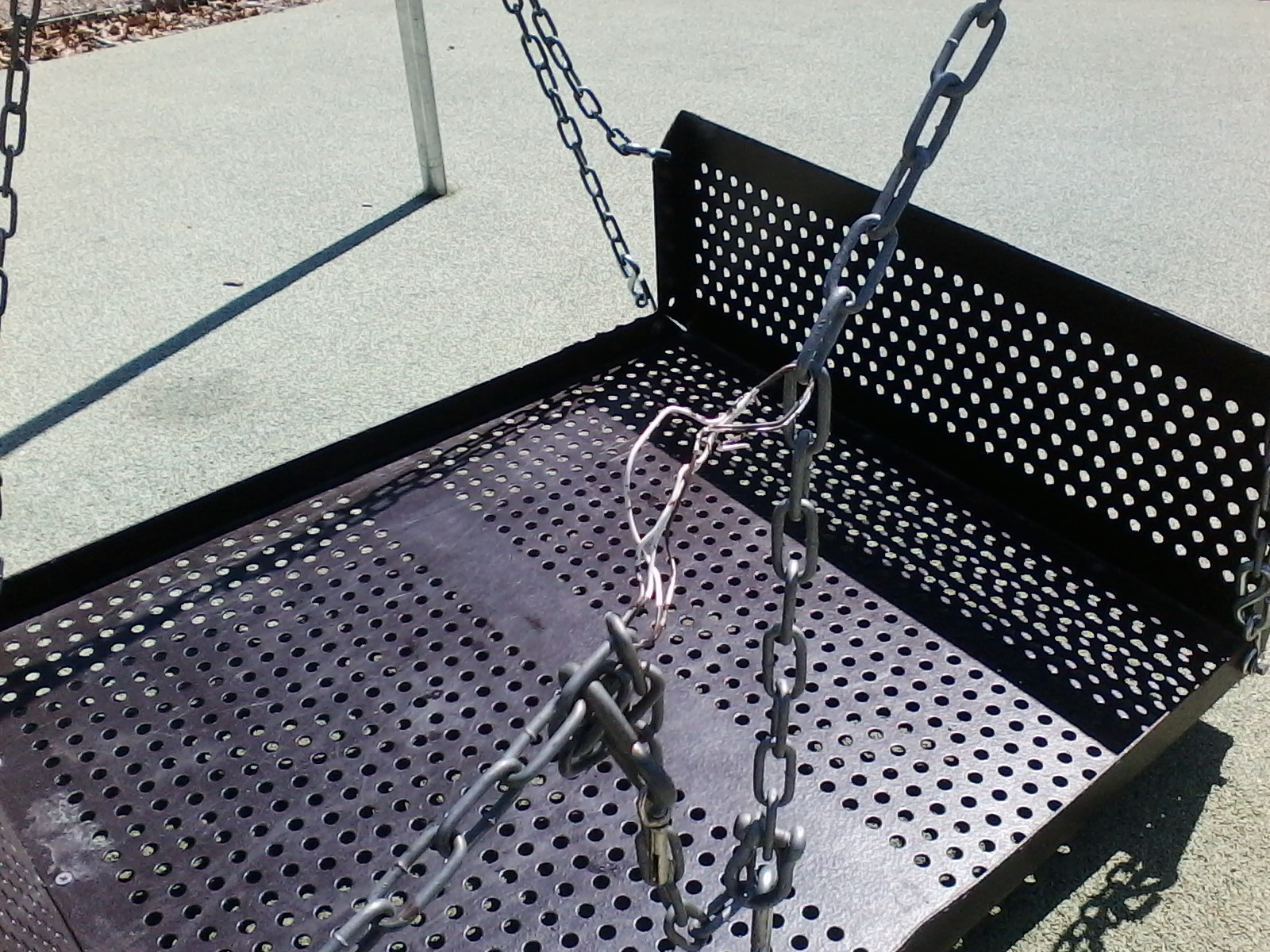 You can see where someone has tried to fix it with a piece of wire rendering this device unsafe for the general public. 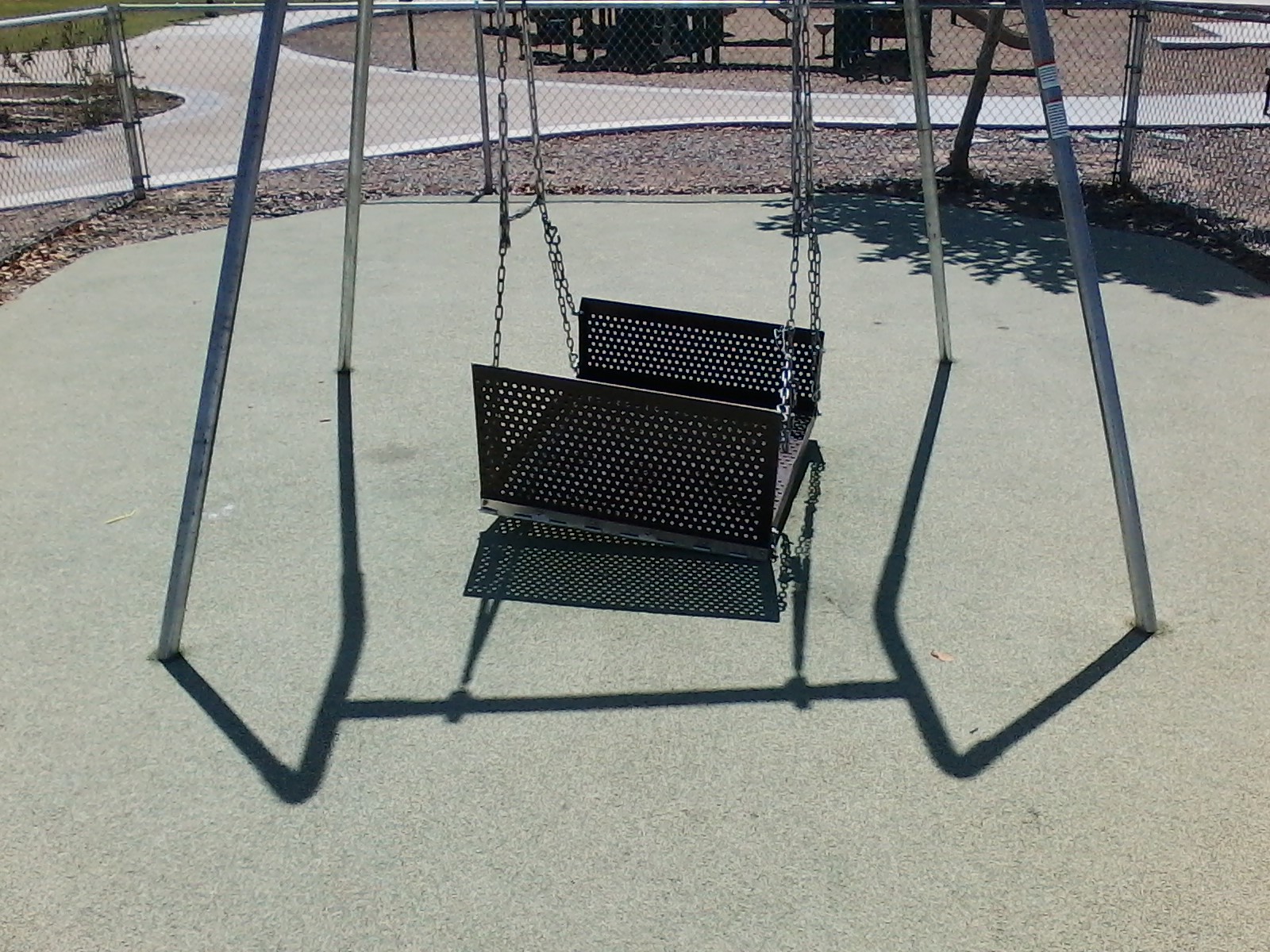 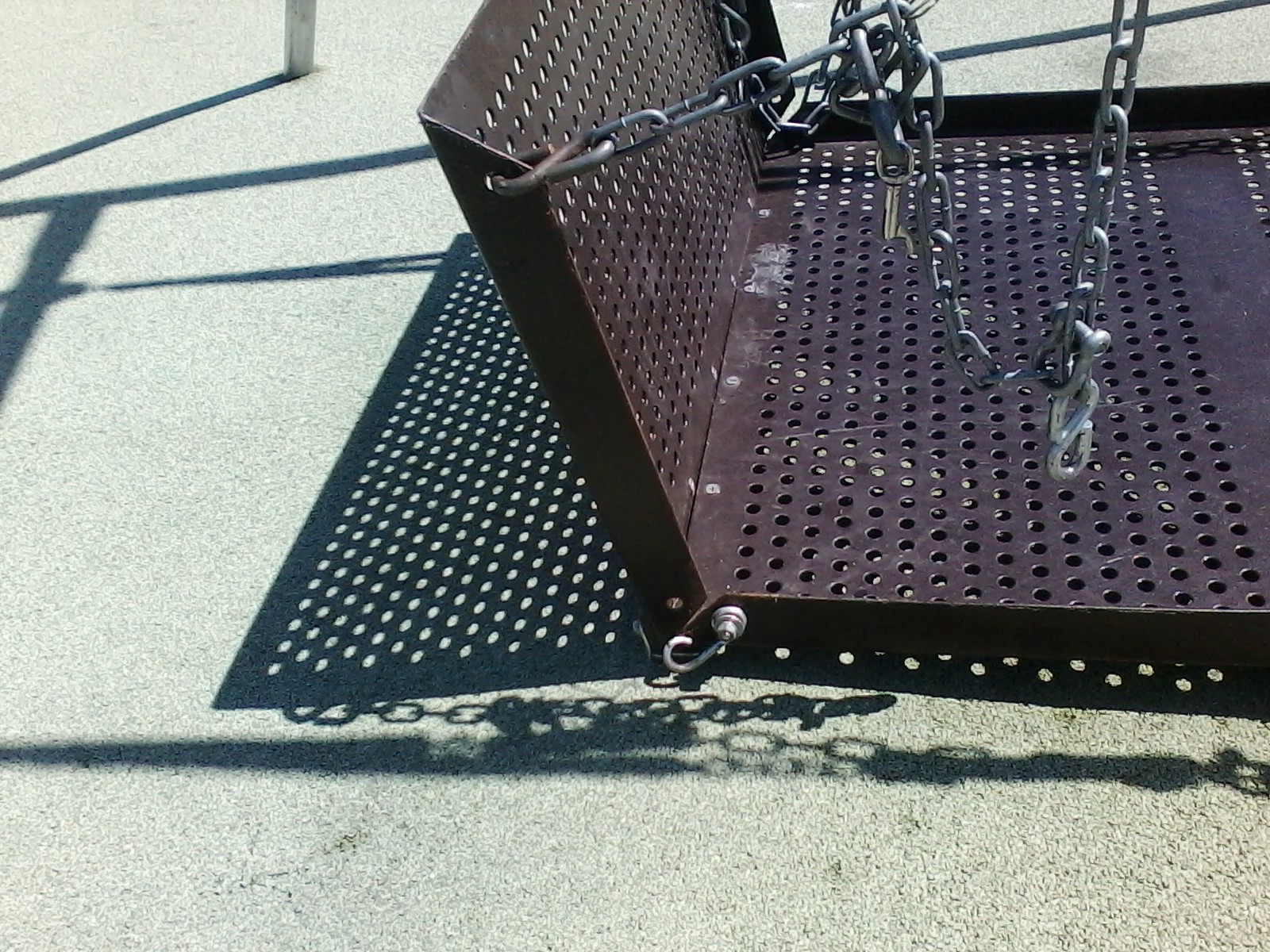 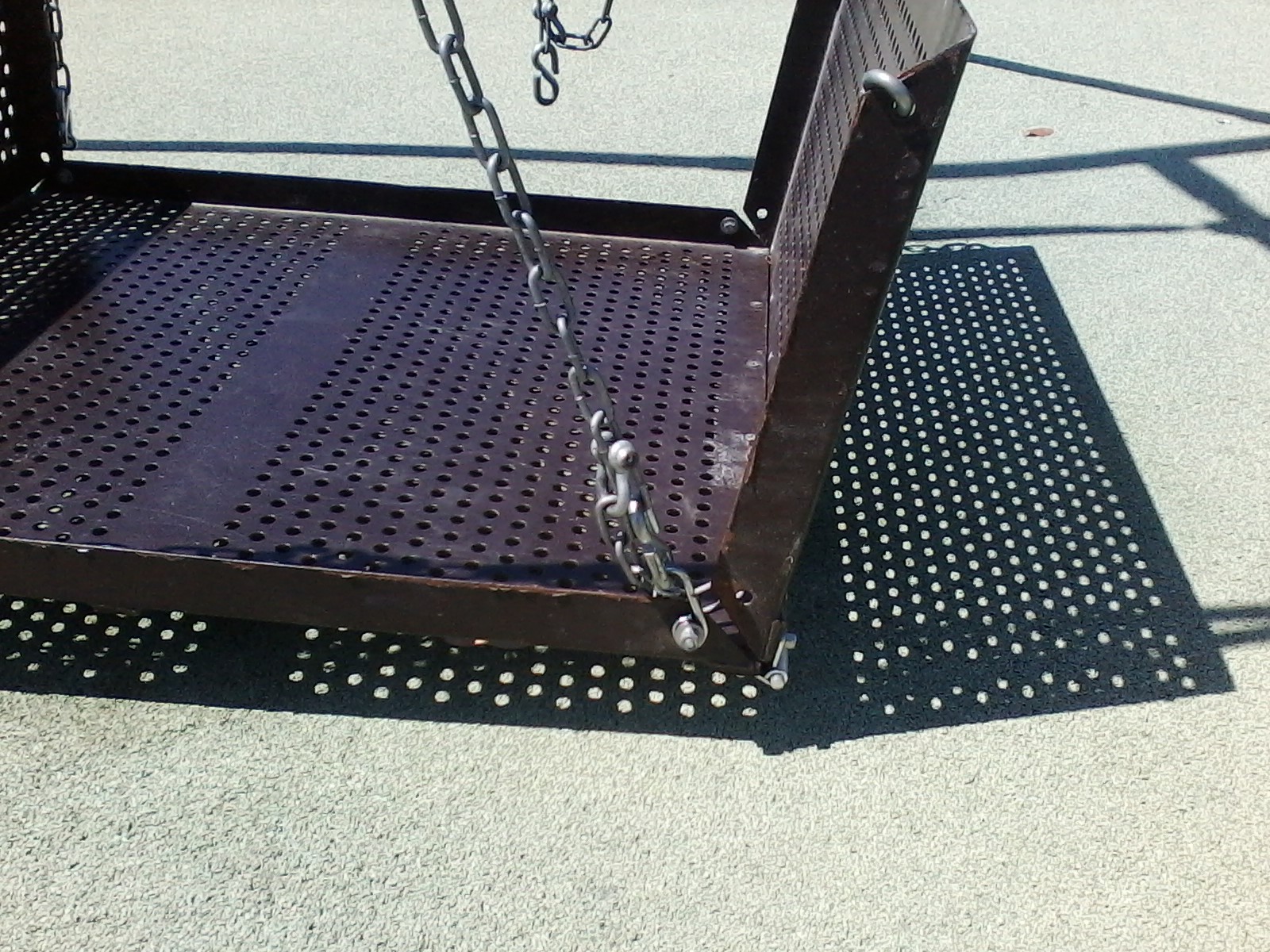 The opposite side has been stretch almost to the breaking point