While taking some updated photo’s of Marna O’Brien Park I came across a previous photo’s of a an area I worked on as a volunteer. 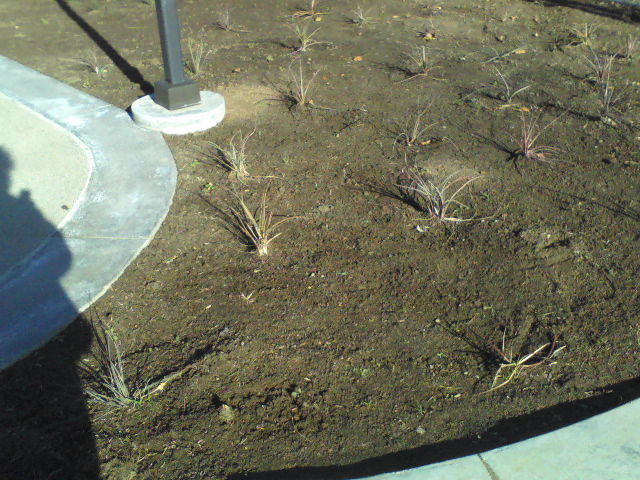 What I started with after plants were place during GDS

The area started out with plants too close together as well as too close to the sidewalks. After some prodding I was allowed to move them to a proper spacing and removed the dirt from along the sidewalks so the bark would be contained by the sidewalk rather washing over it. 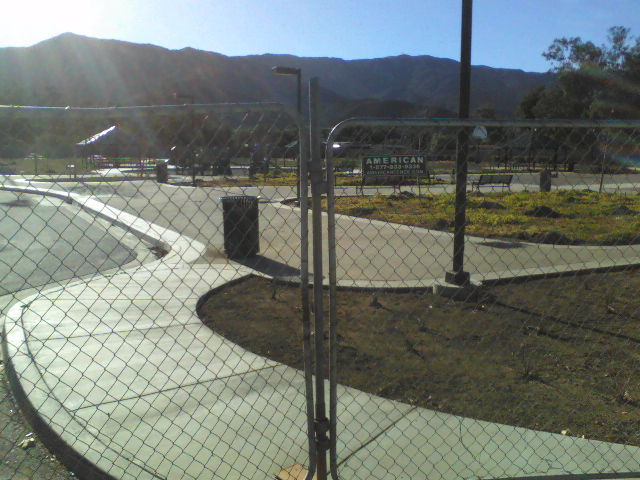 Everything looked fantastic after “Bark in the Park Day” with 35 Hesperaloa parviflora (Red Yucca) planted and doing fine. 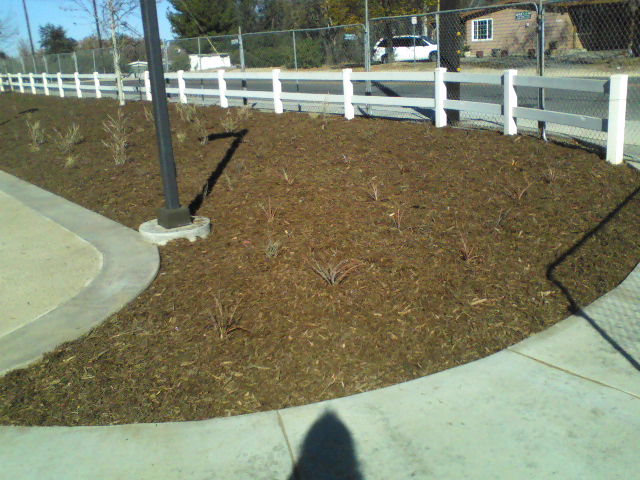 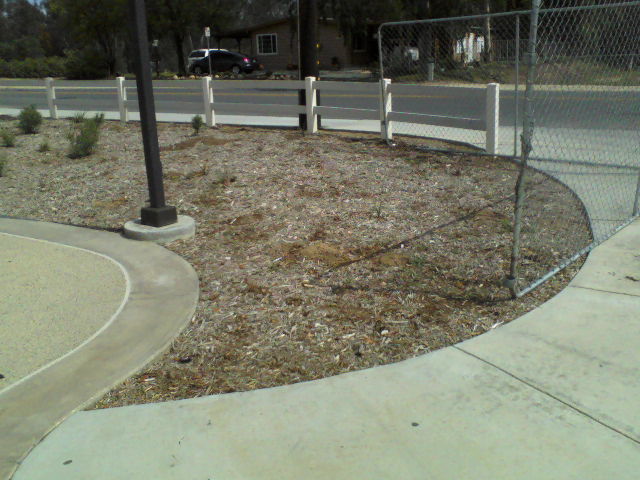 The culprit
One big A- – gopher. 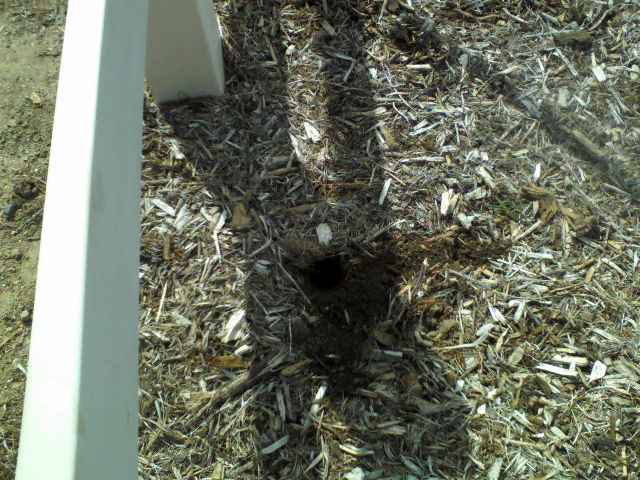 We could use an owl here as well.

Per the City of Wildomar Parks Subcommittee Agenda Packet of September 14, 2013 these plants are valued at $9.00 each, therefore this gopher is eating filet mignon having consumed $225.00 worth of plants. This is just one small area in one park