The Wildomar City Dog Park is located at the northwest corner of Regency Heritage Park. Although access to the dog park can be made from anywhere in the park the primary access point is at the east end of Trailwood Court off of Union Street where there is a gate which leads directly to the dog park.
This access point is part of a 20 foot wide drainage easement of which 10 feet is now an entry sidewalk into the park from Trailwood Court. 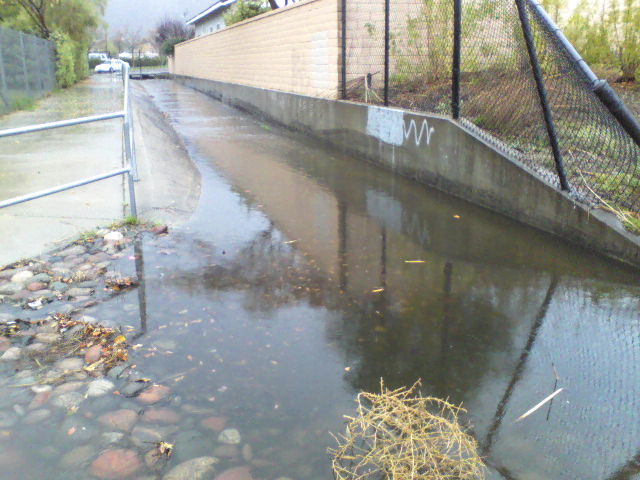 This easement drains a portion of a 30 acre tract of homes west of the park along with the runoff from the asphalt play area, parking lot and buildings of the north side of William Collier Elementary School. 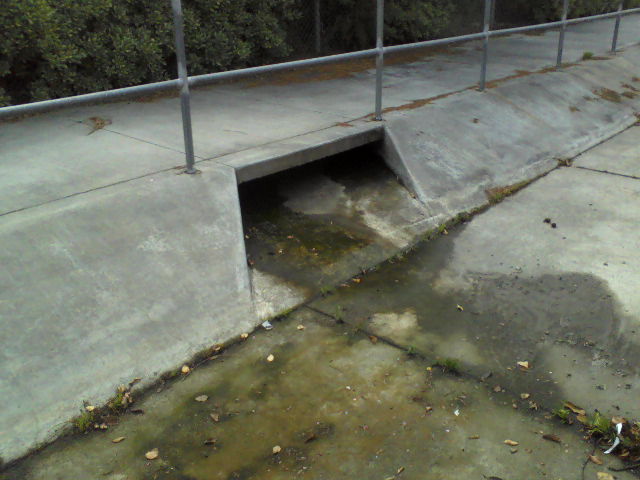 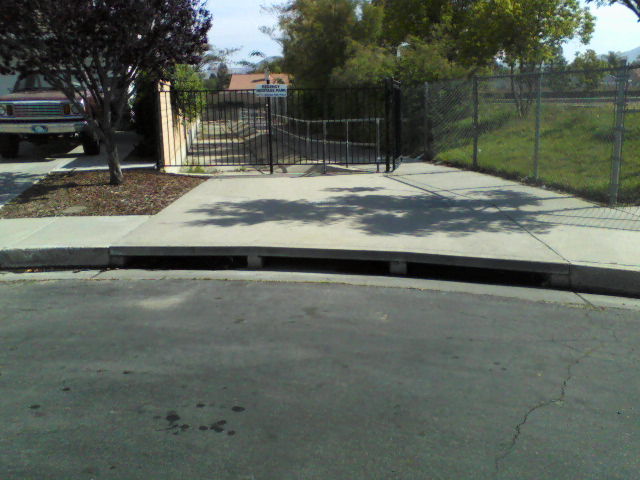 Entry point of water to park from 30 acre housing tract

The earliest photos of the park I can find is an aerial from the County of Riverside Land Information System. Notice the trees (dark area in northwest area by the sidewalk coming off of Trailwood Court). The school is under construction at this time. 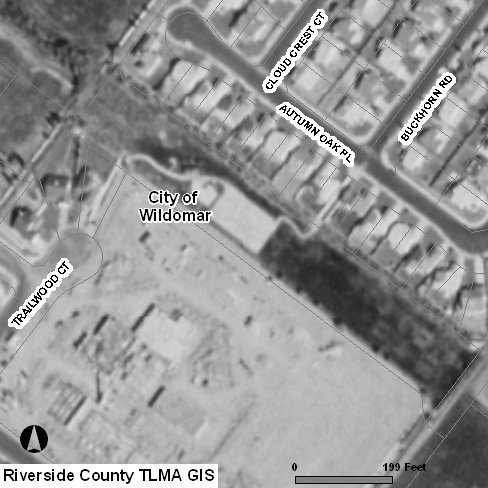 The next photo is from the same source. Notice the trees are still present, starting at the curve in the sidewalk off Trailwood Court, running from west to east towards the low point on the property 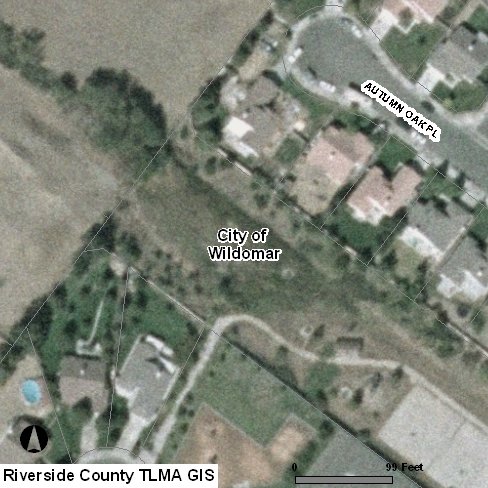 Next photo is when the County of Riverside chose to borrow a large sum of money to rebuild the parks in Wildomar, saddling Wildomar citizens with 30+ years of debt. Presto no more trees or watercourse running across what is to become a Dog Park 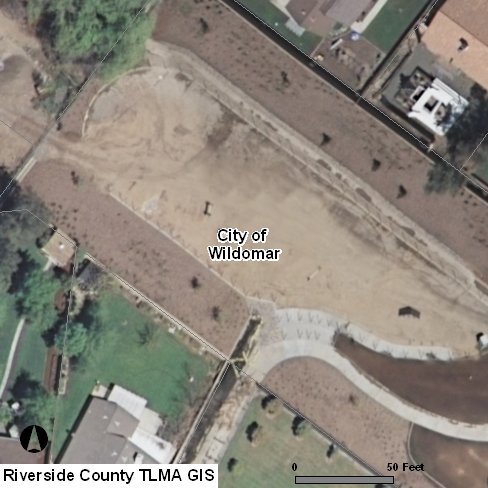 The final aerial photo available to the public (the city could order up photos going back to 1938) shows the watercourse returning, this is at a point when the City of Wildomar has been in charge of the parks for 2 years. 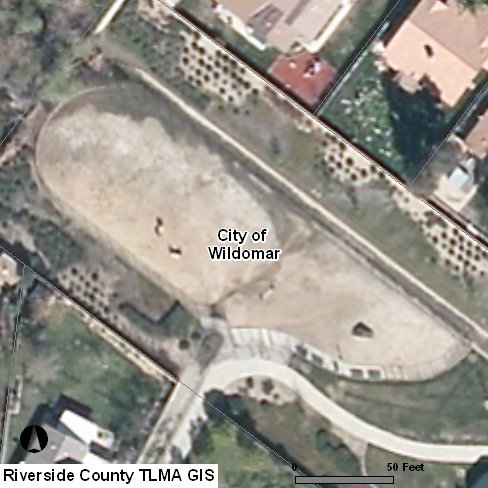 Aerial photo taken 2011. Notice the channel across the dog park

Visited the Dog Park on April 26th, the morning after less than .200 or around 3/16 of an inch of rain fell over a 4 hour period.
The beginning of what was has already started because the City of Wildomar has failed to recognize and correct serious deficiencies in the drainage at Regency Heritage Park.
The following is a photomontage taken over several months starting in December of 2013 and ending Saturday April 26th after a little rain has fallen 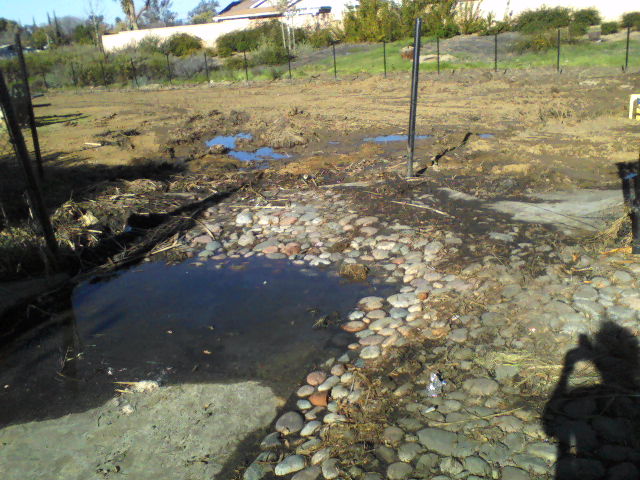 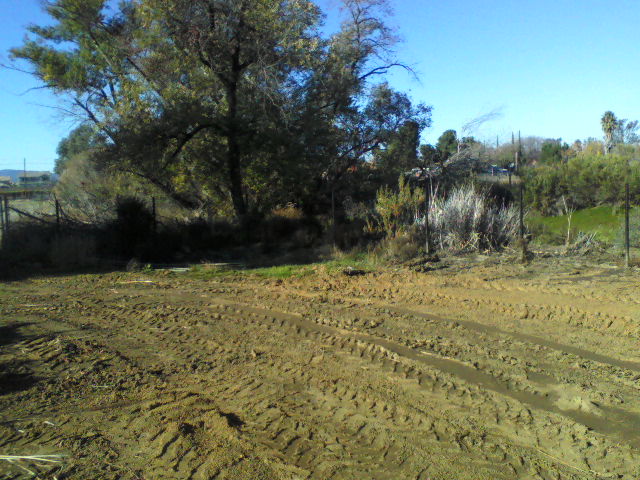 This area in December, is shown again at the end of this series as it was on April 26, 2014 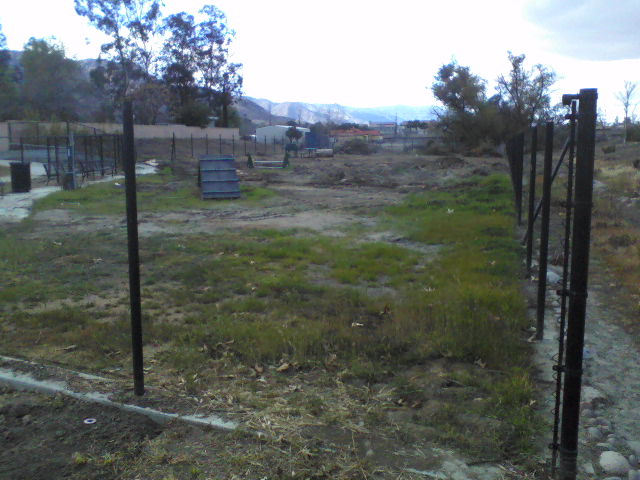 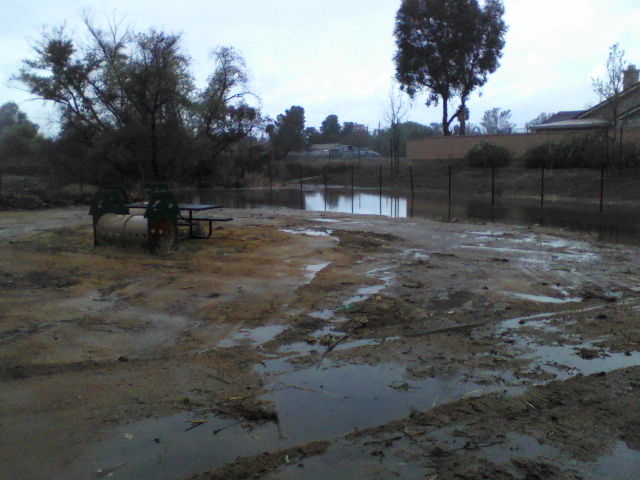 Late February after 3/4 inch of rain 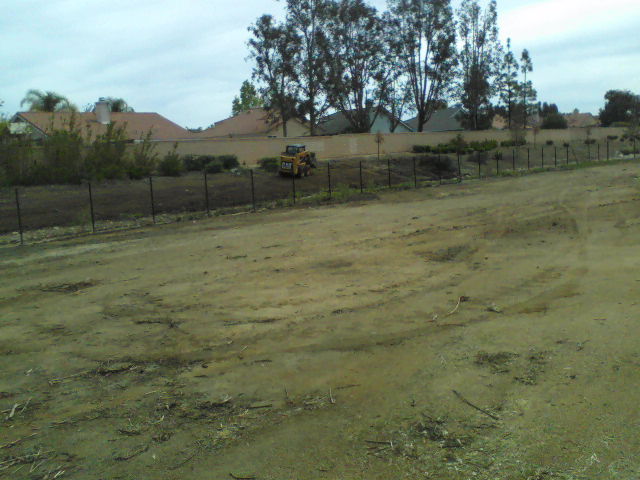 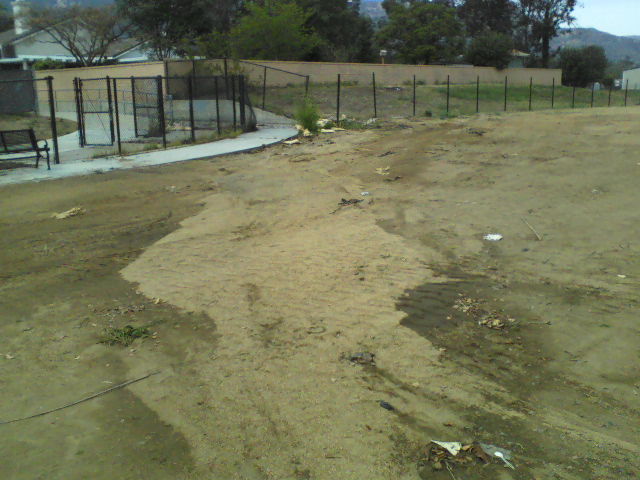 Nature keeps trying to remind the powers that be this is not a good idea. Only .04 inches have fallen since this was leveled. 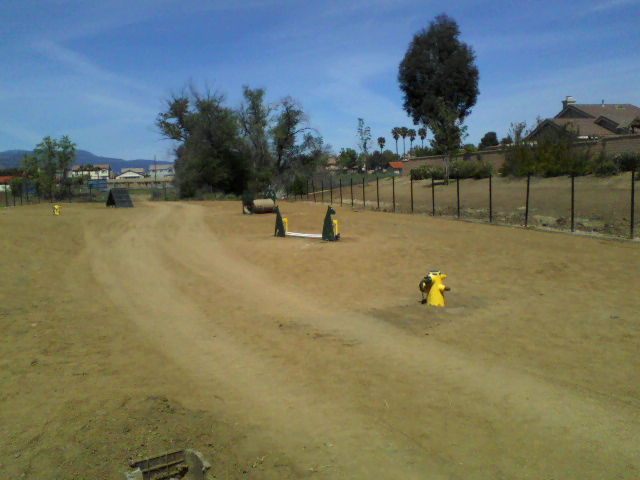 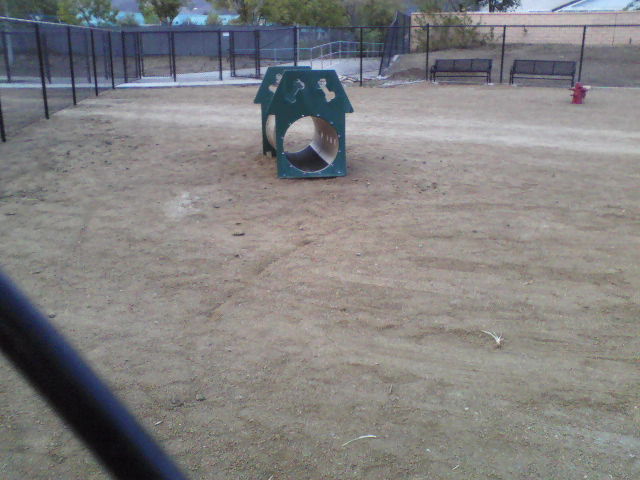 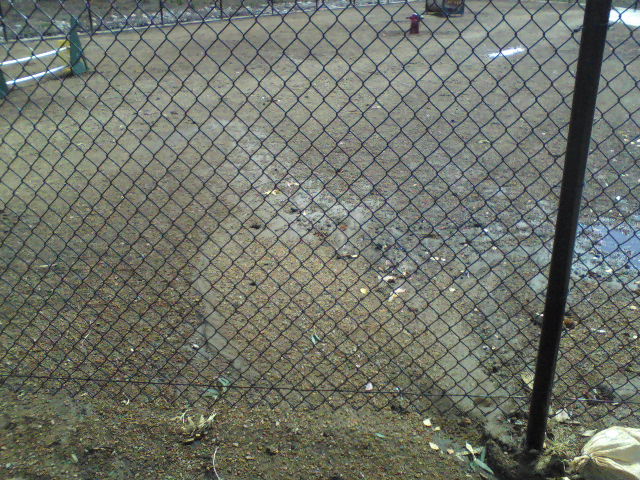 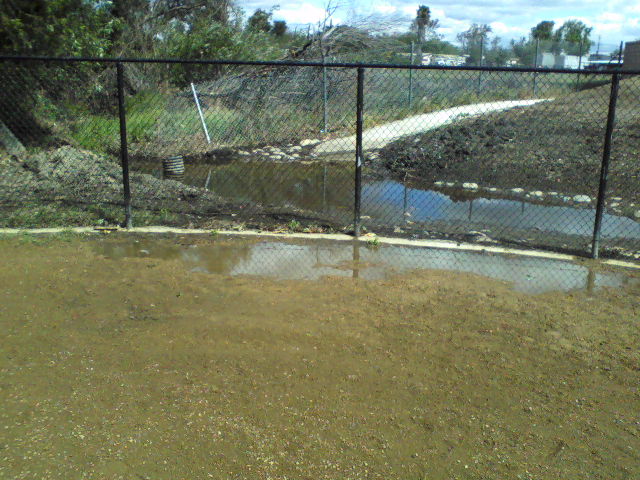 April 26, 2014 The area reference at the beginning of this series of photos