After attending an audit performed by a Certified Playground Safety Inspector I took what little knowledge gained to the Tot-Lots of Wildomar. What I found was not a big surprise.
Marna O’Brien Park had numerous loose apparatuses, such as the RHINO, there is no telling how long this has been in this condition as there is no one person (Park Department) to contact at the city or an easy way to do so from the park. 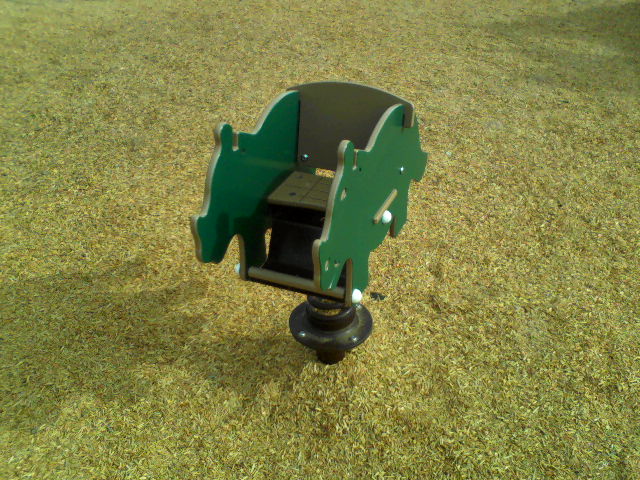 The apparatus in question 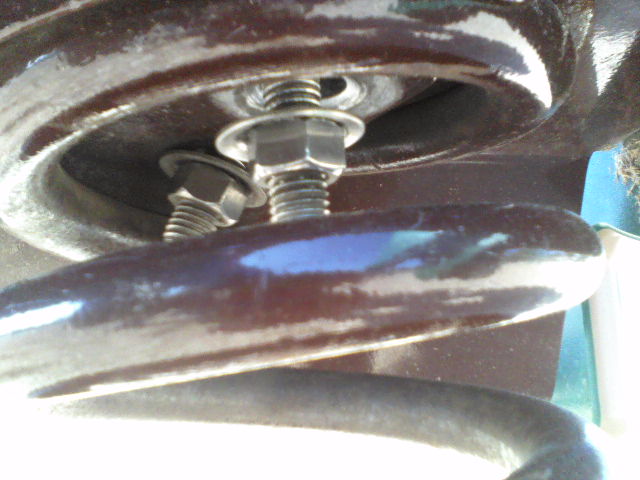 These bolts could use a good tightening. 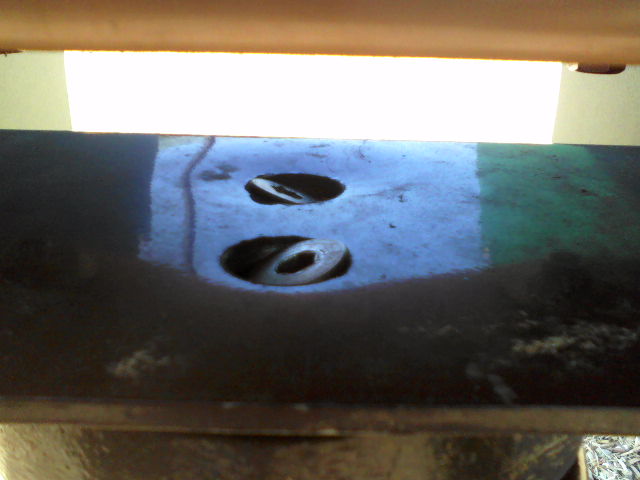 A view from the top of the loose bolts below. 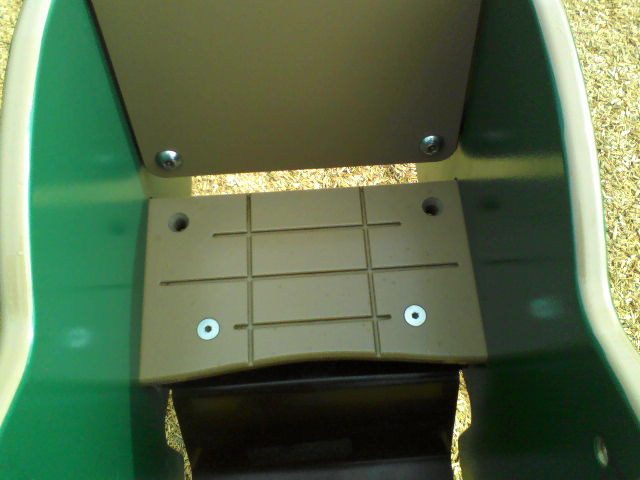 Fortunately the parks part-time employee was present and having no one to bury today I persuaded him to fix the problem. He did the best he could with the limited tooling available to him at the cemetery. That’s correct the parks do not have there own tools even though many of the structures require special tooling found nowhere else in the city. 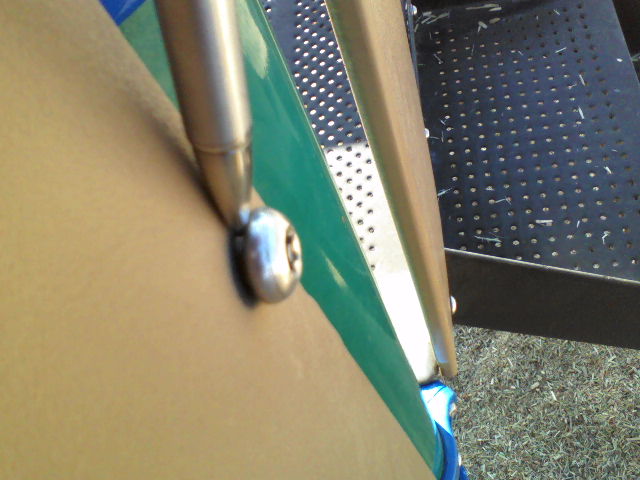 One of many loose bolts, now tightened.

Tightened with a tool provide by moi-meme. That means it came from my house.
Still needing repair is missing bolt on transfer steps leading to a slide. Along with some missing hardware and parts. 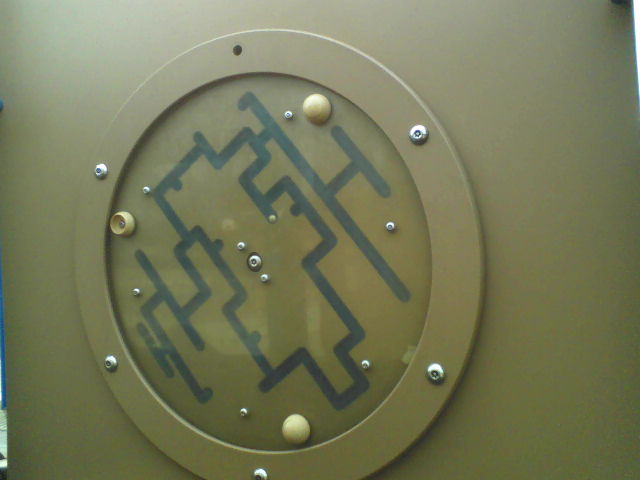 It would be nice is the sensory panels we do have worked as well. 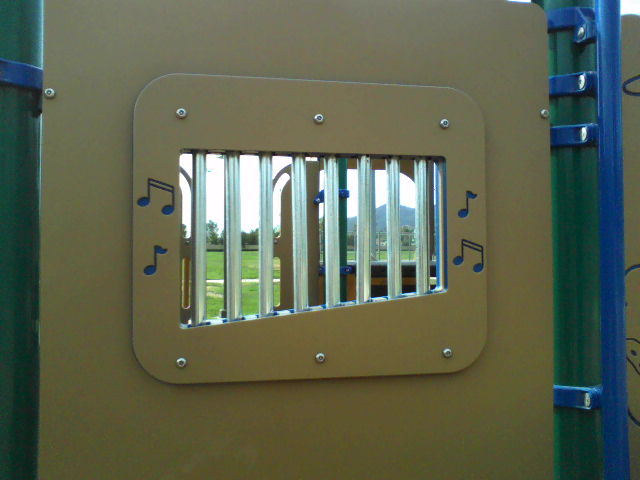 Not a single chime chimes

Somethings discovered can only be answered by an official audit by a Certified Playground Safety Inspection by a CPSI using the tools of the trade. 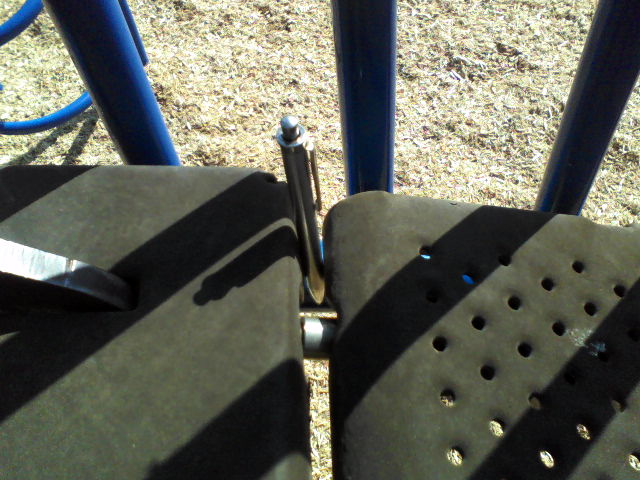 Is this large gap going to be a crush injury or an entanglement ? 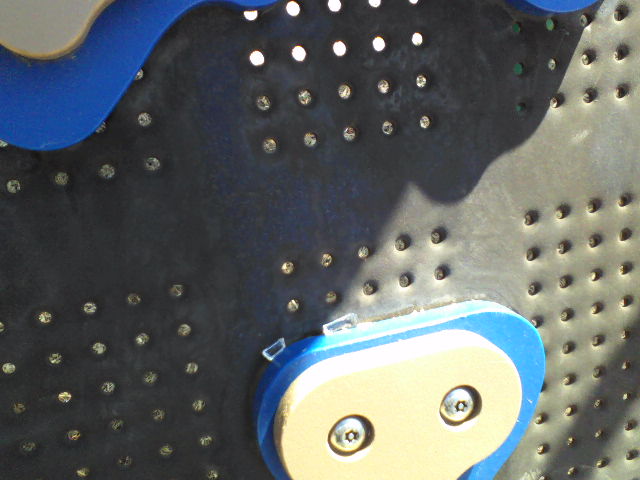 Glass was discovered having been shower down from above.

This lead to the discovery of more glass. This occurred several hours after the parks were open to the public for the day. 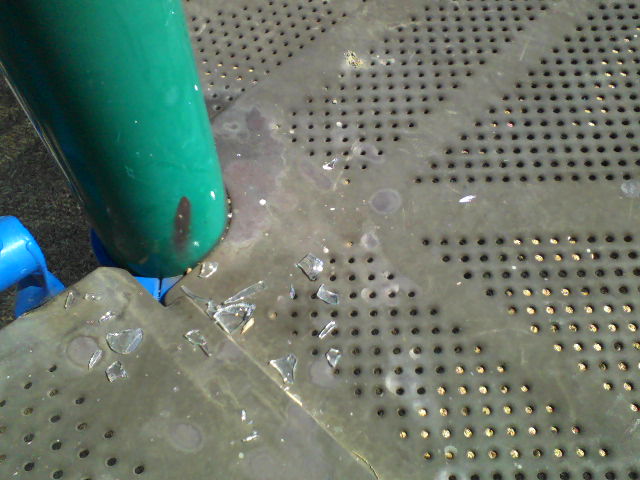 If this had occurred any other day a park employee would not have been available to clean up properly.

A few loose bolts were noted and several items that have been broken for a long time need to be replaced. 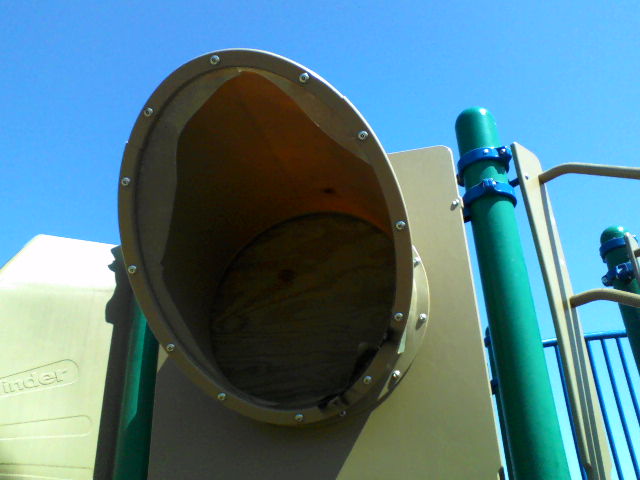 These are pricey to replace but if your going to have them they should work.

The last park was Windsong which was kind of fun as several children were using the equipment and wanted to know why such a big kid was on the equipment. 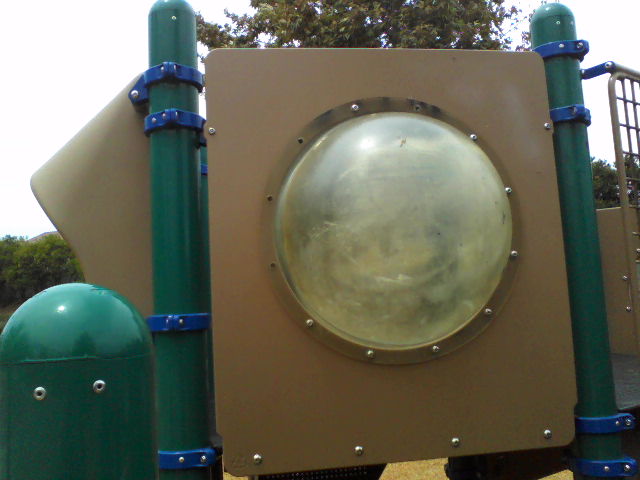 Again if your going to have it make it work. 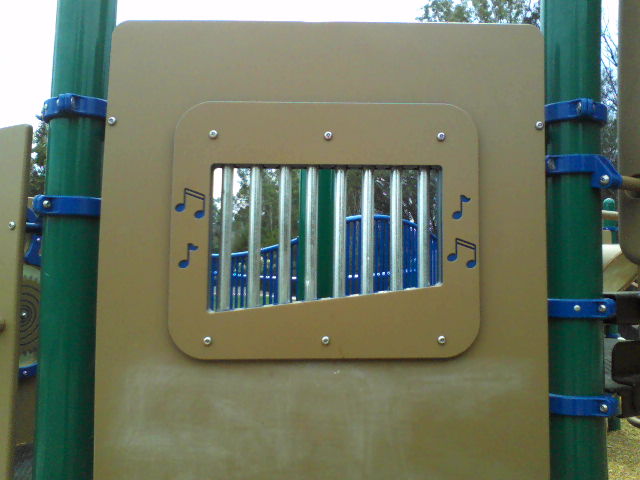 I don’t think thunk is the sound they had in mind.

Some of these problems were corrected like the Rhino at Marna O’Brien and the broken glass at Heritage Regency only because on this day an employee was present.