A point was brought up at the most recent meeting of the “Standing Committee for Parks” which consist of 2 council members.

During a discussion on where to place the “Freedom Swing” one councilwoman was vehement in their wanting this swing to be placed at the Tot-Lot located at Marna O’Brien Park.
This demand no matter the cost was so stated because none of the other two parks in Wildomar have parking that is Handicap accessible.

Cost at Marna O’Brien was estimated at from $16,000.00 to $28,750.00 for which the party donating the swing had an additional $1,000.00 to contribute. The shortage was to be covered by a generous pledge of DIF (Developer Impact Fees) by one of the council persons and so seconded by the other with a nod of approval from the city manager. (Fortunately the father of the person donating the swing has volunteered to contribute a portion of the cost thru time, design and construction in placing the swing which will reduce the cost to the taxpayer, the total cost is yet to be determined.)

After looking into this claim it became apparent that this is indeed true. Although the parks themselves once inside the gates are accessible to all including all three of the Tot-Lots there is no parking set aside for easy access to two of these public facilities, Windsong Park and Regency-Heritage Park

At Windsong Park one has to exit a vehicle parked on the street in front of the park and traverse the roadway to one of two corners set approximately 140 feet from either of two entry ways. This makes for a distance travel of anywhere from 170 feet to 280 feet, the shorter distance is assuming there is a space close to the corners available. Most citizens who park their vehicles at the park do so in order to be able to see their vehicle will they are engaged making the longer distance more likely. A disabled person would have to park out of sight of the park in order to shorten the travel time and lessen the hazard of being in the roadway

In looking into the requirements of the Americans with Disabilities Act there seems to be some ambiguity as to what is exempt from compliance, the sad fact is all of our parks where built to be A.D.A. accessible without providing an acceptable means of getting to them for all citizens. Some will claim the city is protected by the Safe Harbor provision in the A.D.A but if we can be ready to spent over $25,000.00 to install an additional handicap apparatus to an already accessible Tot-Lot then there should be no reason that we can’t spent a little money making all of our parks more accessible to all citizens of Wildomar by installing an ACCESSIBLE ON STREET PARKING AREA.

Several designs are available that could be used at one of our parks with the other park S.O.L. due to drainage channels being used as entrances. 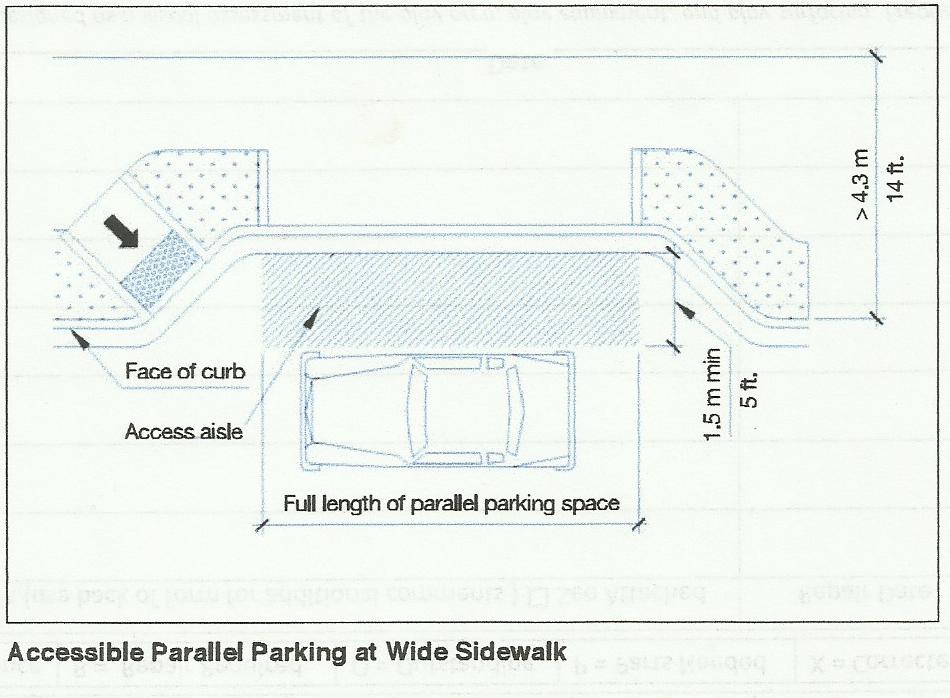 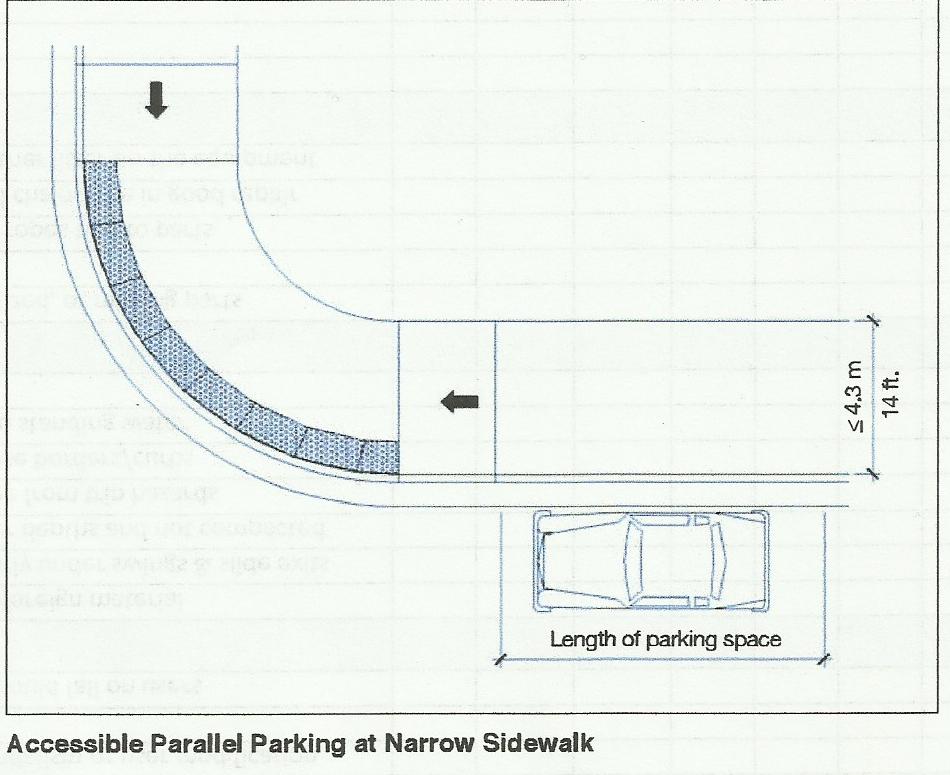 2 thoughts on “ACCESSABILITY TO OUR PARKS”