This drainage system located in Windsong Valley on Prairie Rd., the road to the park, it consist of what is shown as 2 each Reinforced Concrete Pipe (RCP) that run the length of Prairie Road from Cervera to Windsong Park. There are shown to be 7 openings to allow water to enter this system (4 located at the north end, 3 in a dirt field with one as a curb drain) with 2 exit points, located in Windsong Park, that empty into what is referred to as Lateral C by Riverside County Flood Control and Water Conservation District.
Lateral C is also known as an unnamed tributary of the Murrieta Creek and collects run-off from as far away as the “Farm Community”. 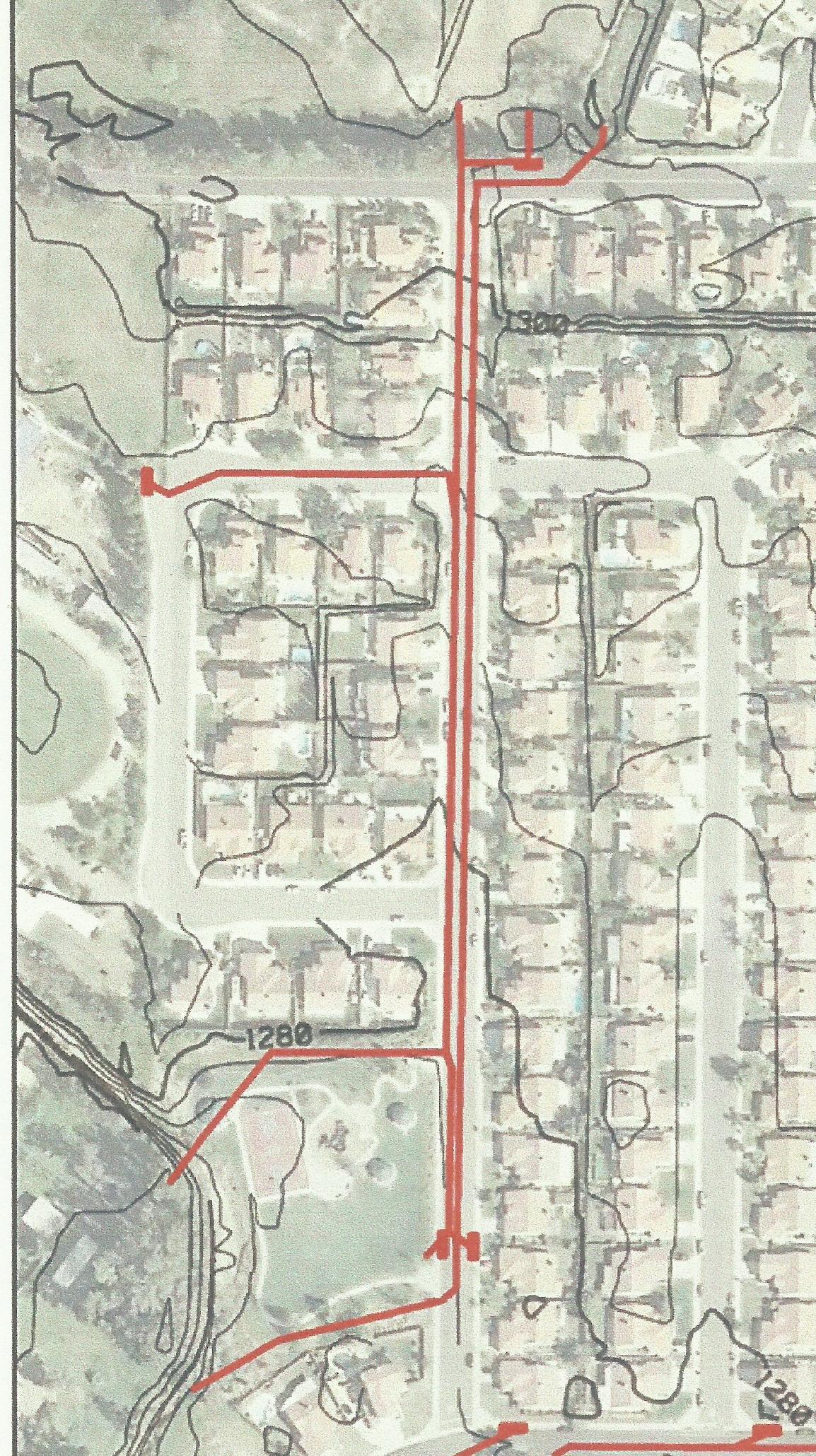 The drainage system located in Prairie Road collects water from 3 freeway culverts one as faraway as a 36 inch freeway culvert located just south of Carnaghi Road, another culvert which handles runoff from 2 business complexes located at Monte Vista and Frederick northeast of the freeway along with the hills above them. It also collects water from Central St. along side of a church. 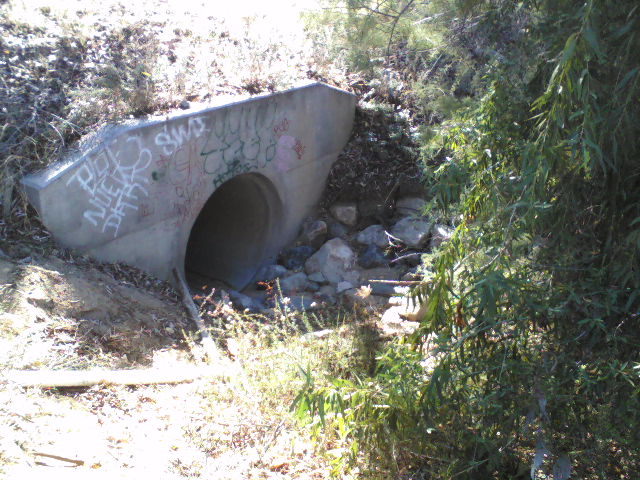 This is a 5 foot drain opening north of Cervera Rd. The far right side of previous drawing. 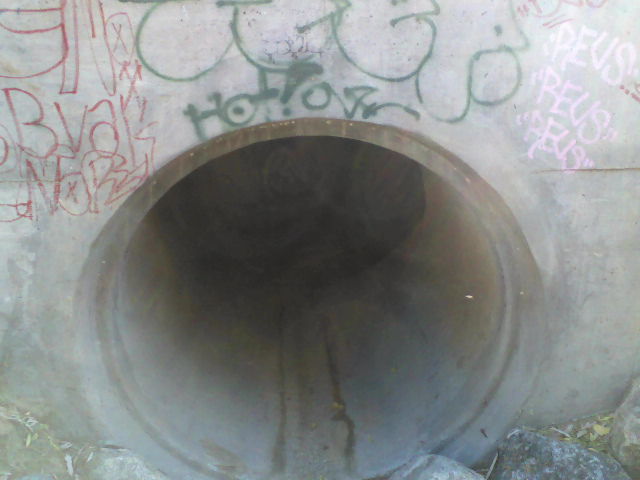 A close-up look at the entrance. Looks pretty clean. 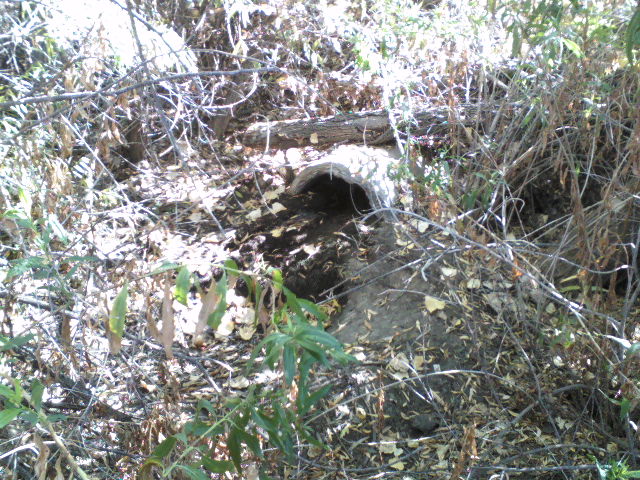 This is the middle drain located north of Cervera Rd. 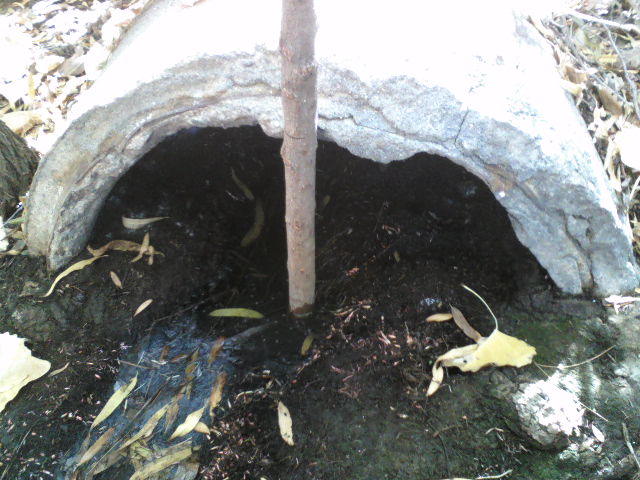 A close-up of the middle line. Over 50% plugged up with roots. So plugged up water is running out rather than in. 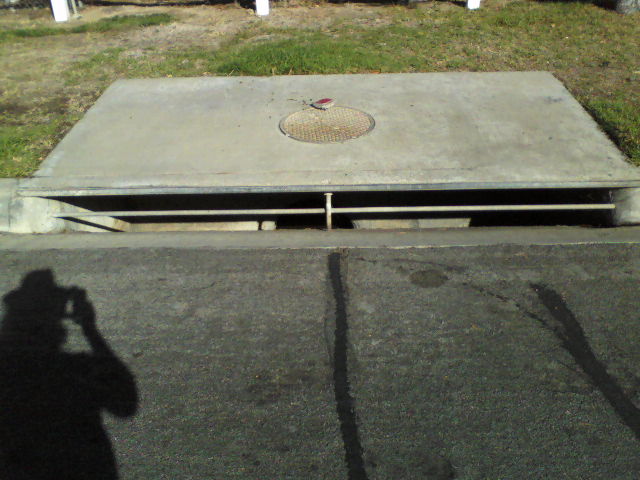 This is a picture of the curb side collector box which lines up with the middle drain pipe in the field to the north of Cervera Rd. 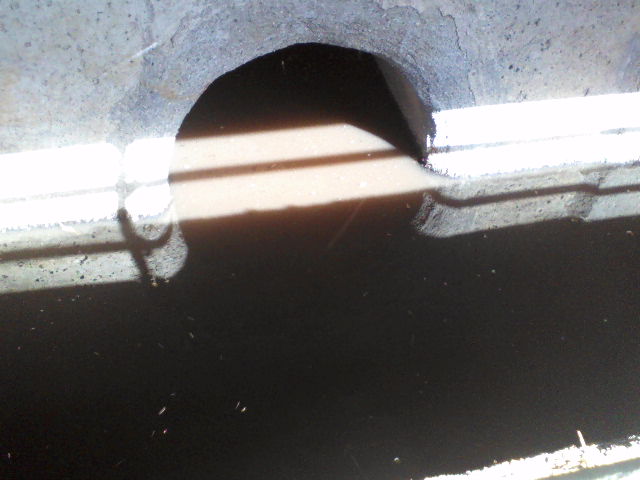 This box has approximately 6-8 inches of standing water which could be why the center drain is flowing backwards. This could be an indicator of the downstream side being clogged as well. 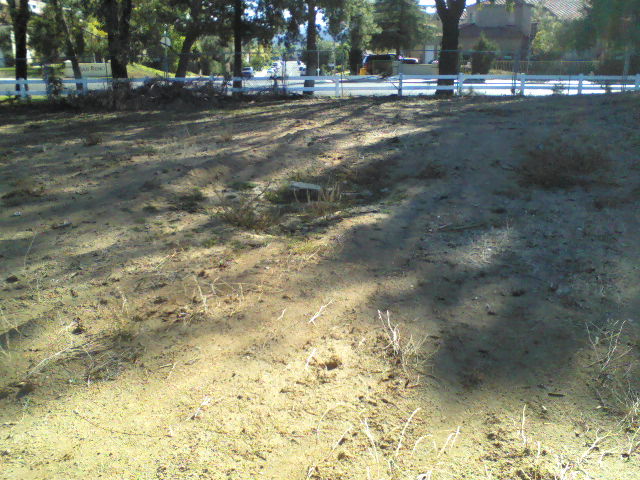 This where the far left opening should be. 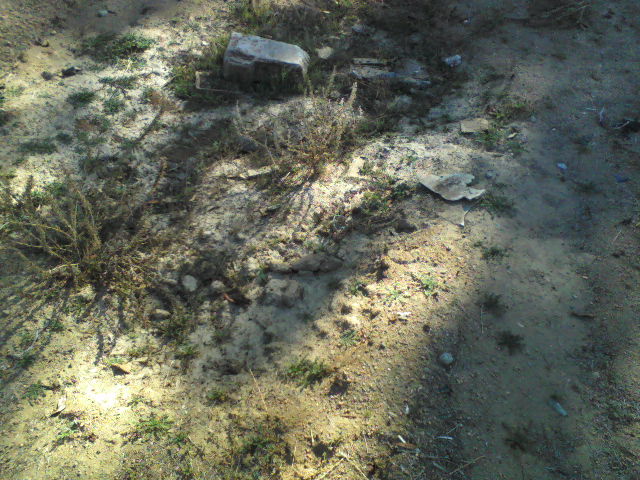 All one can find is a depression in the dirt field. 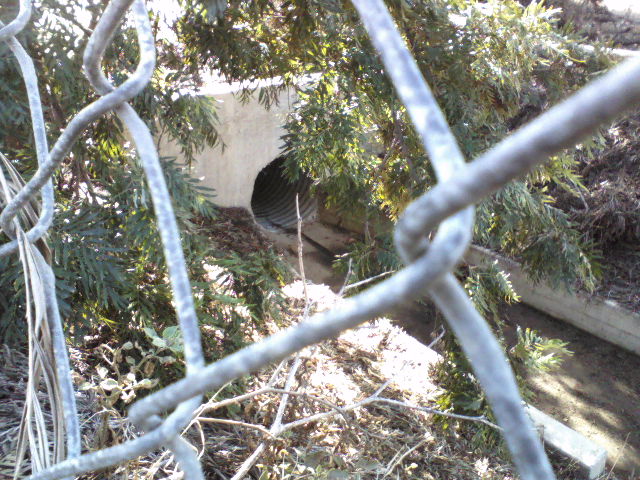 Entrance to system at the intersection of Raspberry Lane and Bigleaf Lane. Collects water from church property and Central St. 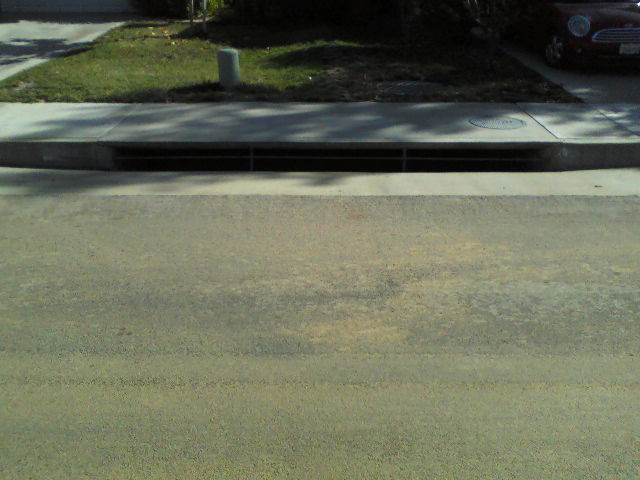 Collection point across the street from the park 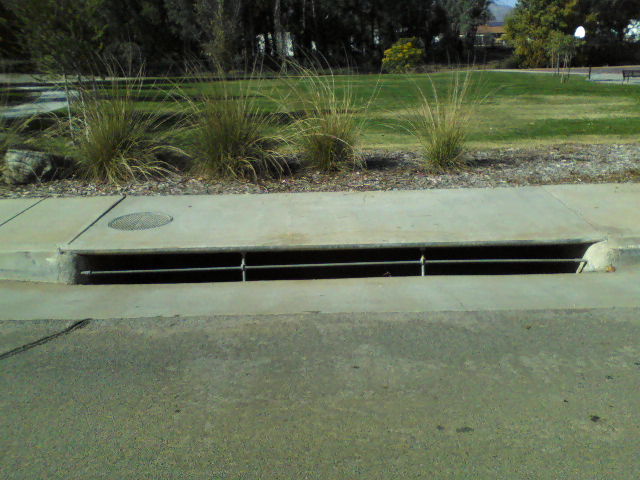 The drainage system in Prairie Road is owned and maintained by the City of Wildomar. Many of the drains in the Windsong Tract are this way.
During the last storm on September 16, 2014 one of the few manhole covers on this line blew out due to the storm drain being clogged with large amounts of sediment. 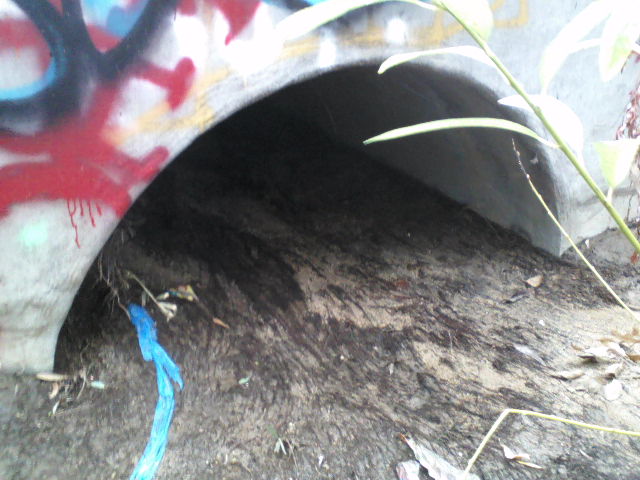 This is a 5 foot drain with about 3 feet of blockage. So much for proper drainage. 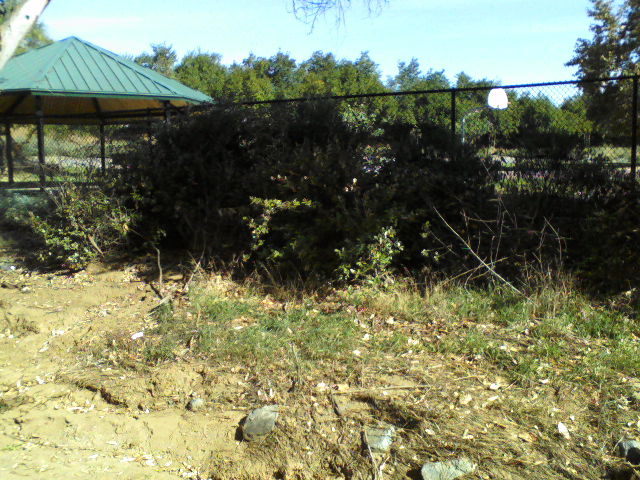 This overgrown bank is the location of what is supposed to be an outflow pipe at the north end of the park.

This blockage resulted in this result 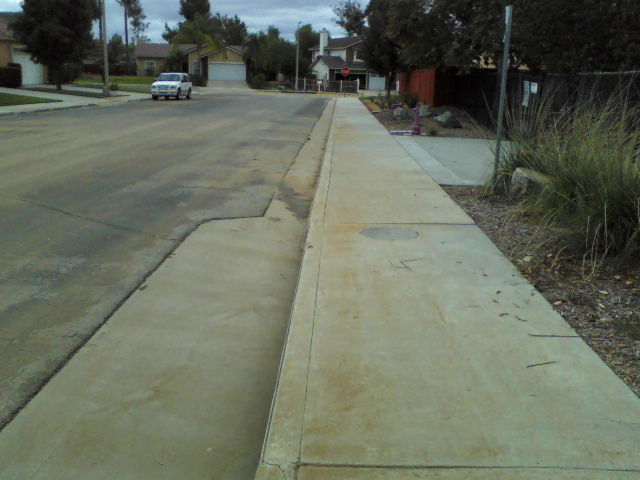 Sediment left behind when water overflowed the curb. 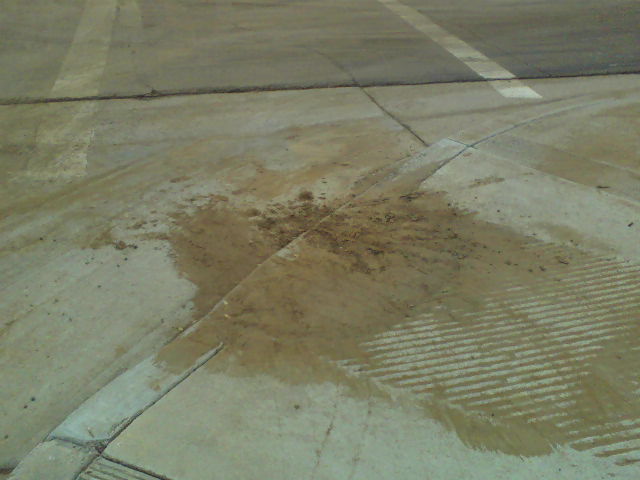 Another example of sediment left behind.

Hopefully starting Monday November 17, 2014 the city will start cleaning out this part of the system.
On Tuesday November 18, 2014 with a little luck a camera will be inserted into this system so we can see what it looks like down there. Stay tuned for some cool video.