EUREKA for the most part.
Went by the Olive Street Drain in front of the old Sea Farmer Restaurant in Wildomar on Mission Trail.
Low and Behold progress. Below are pictures taken on Tuesday January 13, 2015 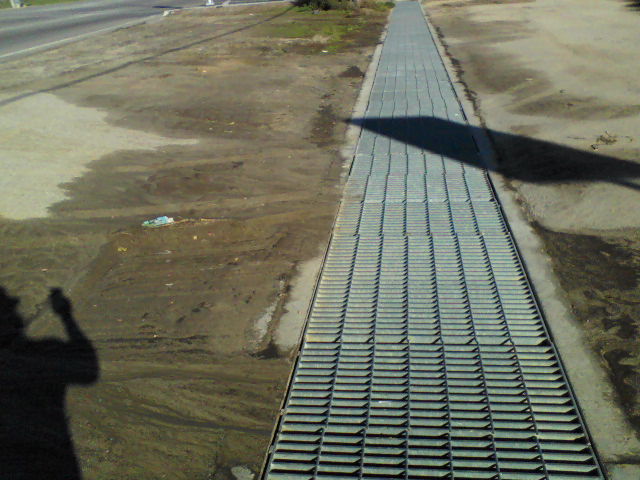 Notice no mini trees sticking out as before. 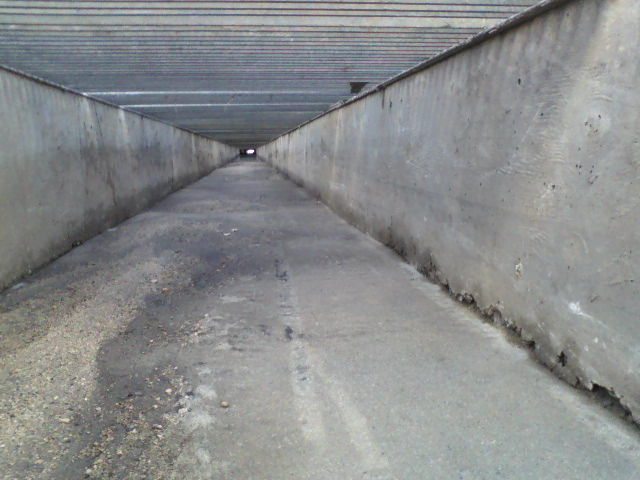 Clean as a whistle. Hasn’t been this clean in a long time.

Hopefully the city will institute a maintenance program so this never gets totally plugged up again. 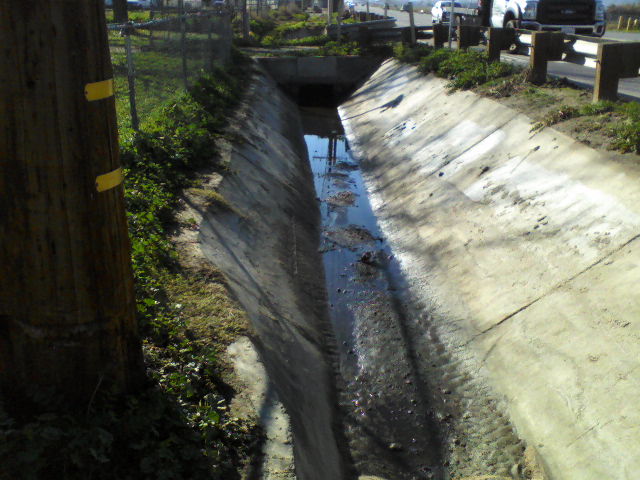 So much better than before. 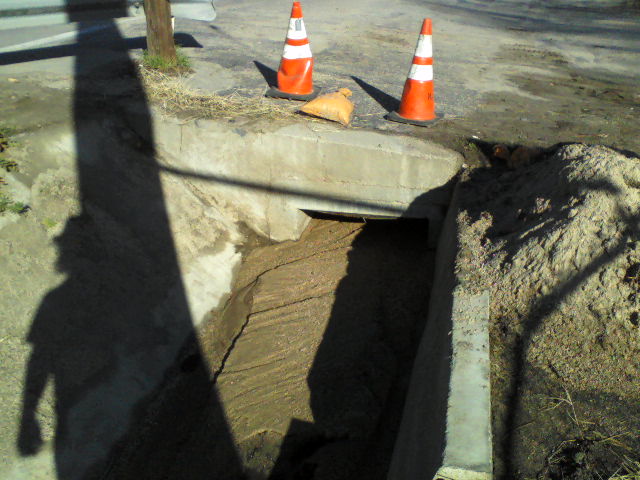 Still a little more to be done. 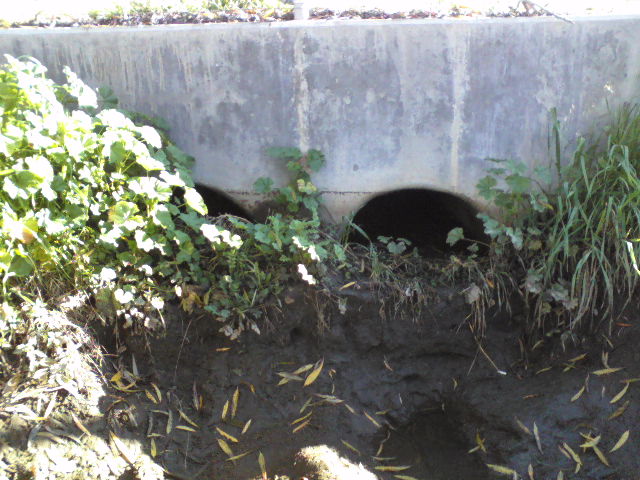 The neighbors need to get on board

Hopefully in the next few months the City of Wildomar and Lake Elsinore will be able to craft a maintenance agreement to keep everything spic and span.

Original published date was December 5, 2014
(Good news hopefully. In talking with the head of Wildomar’s maintenance contractor, it looks as though the City of Wildomar and the City of Lake Elsinore will be working closer in resolving the clearing of some of the shared drainage systems that flow from primarily Wildomar to Lake Elsinore.) This news was shared on December 19, 2014. Updates will follow this news.
There are numerous drainage courses throughout the SEDCO area that belong to parties unkown.
One such system is the Open Channel System at Olive Street and Mission Trail in front of what used to be the Seafood Restaurant and later attempted to open as a pot dispensary.
Although this system carries the RCFC&WCD cover 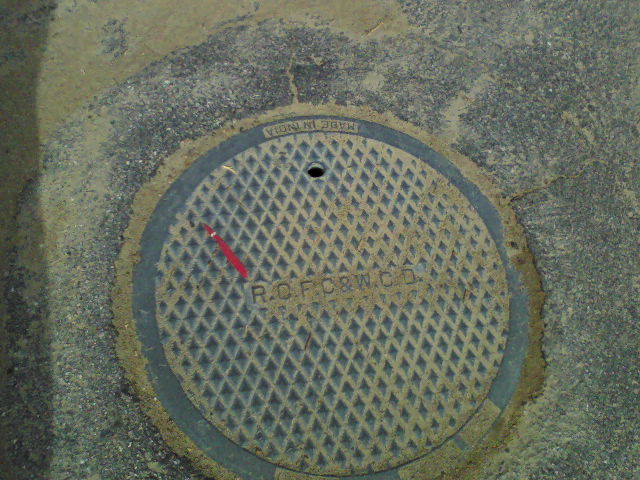 The trademark of County Flood Control.

they claim it isn’t theirs.

The City of Wildomar has claimed they attempted to clean some off this system out but can go no further than the middle of Mission Trail where they enter the City of Lake Elsinore. 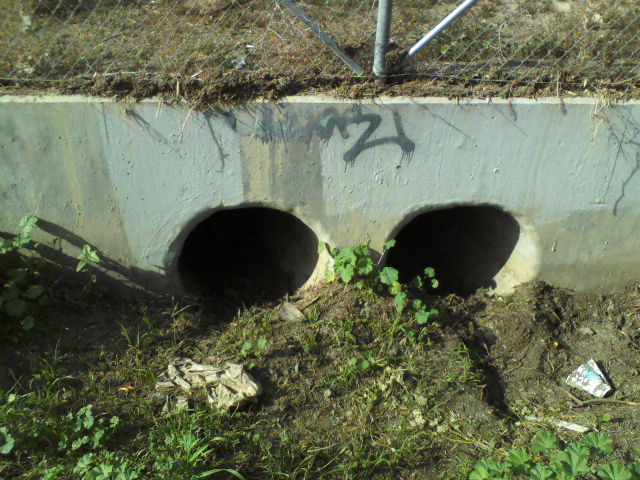 The way to the Lake 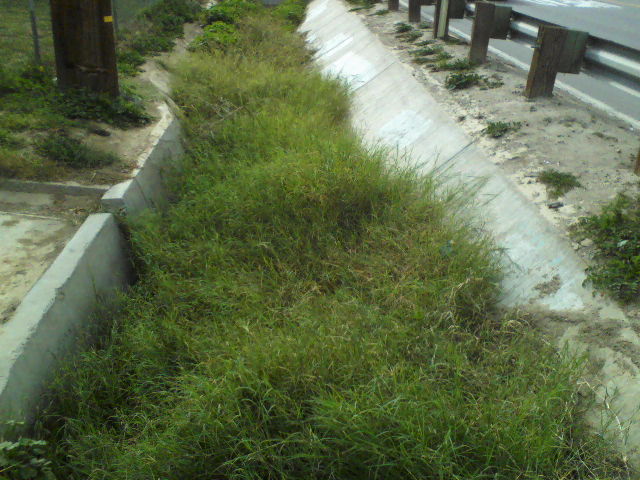 Not sure when the last attempt to clean was, but 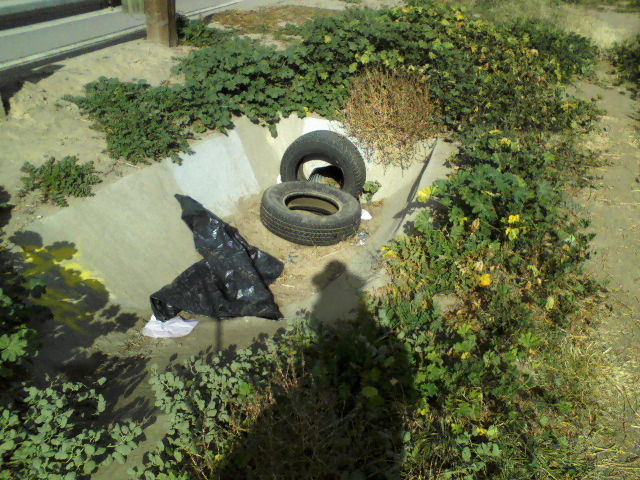 If the tire clean up was truly a community clean up these tire could have gone, maybe. 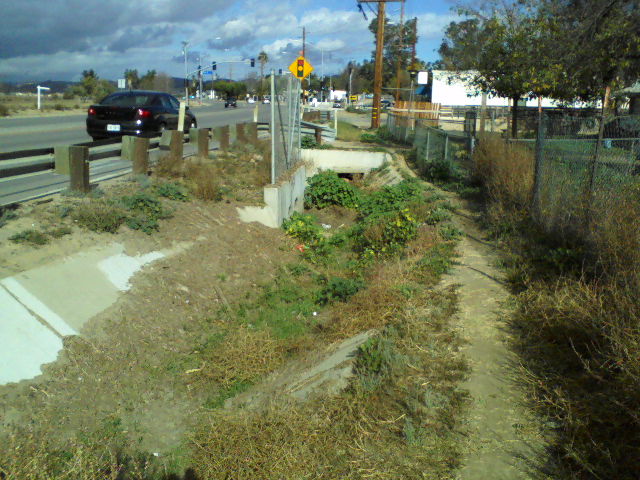 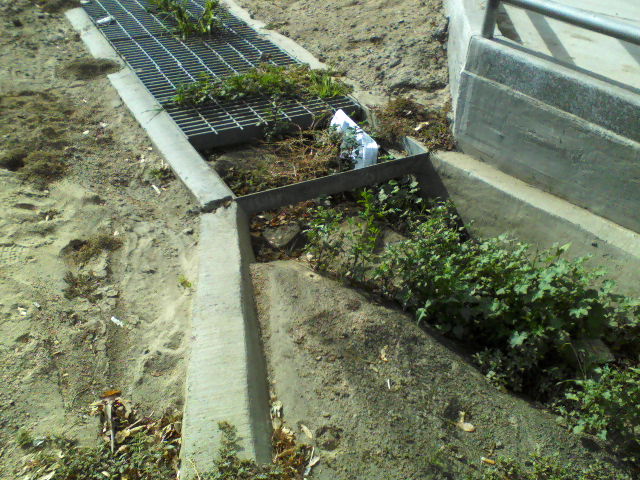 In serious need of a clean out.