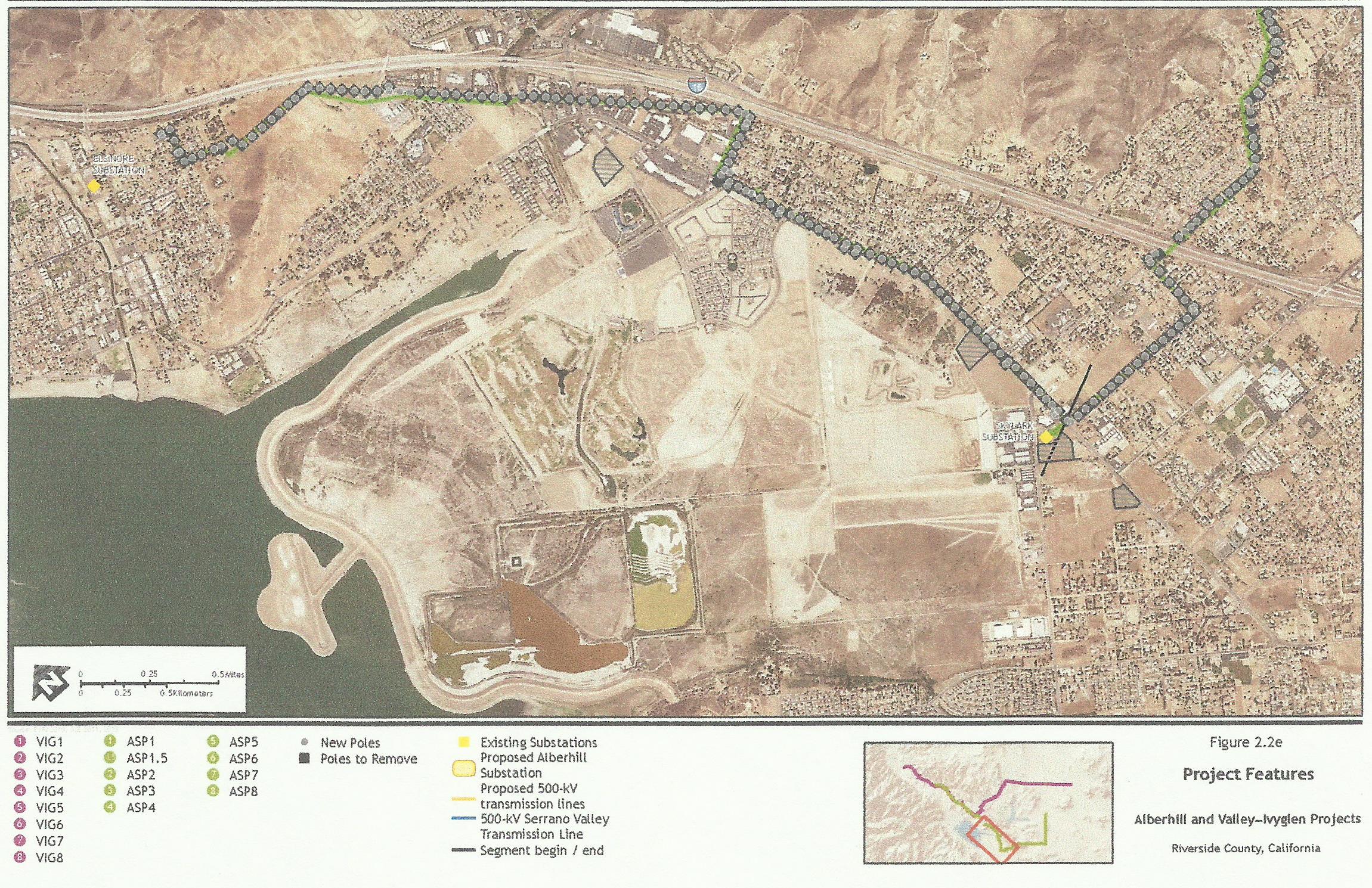 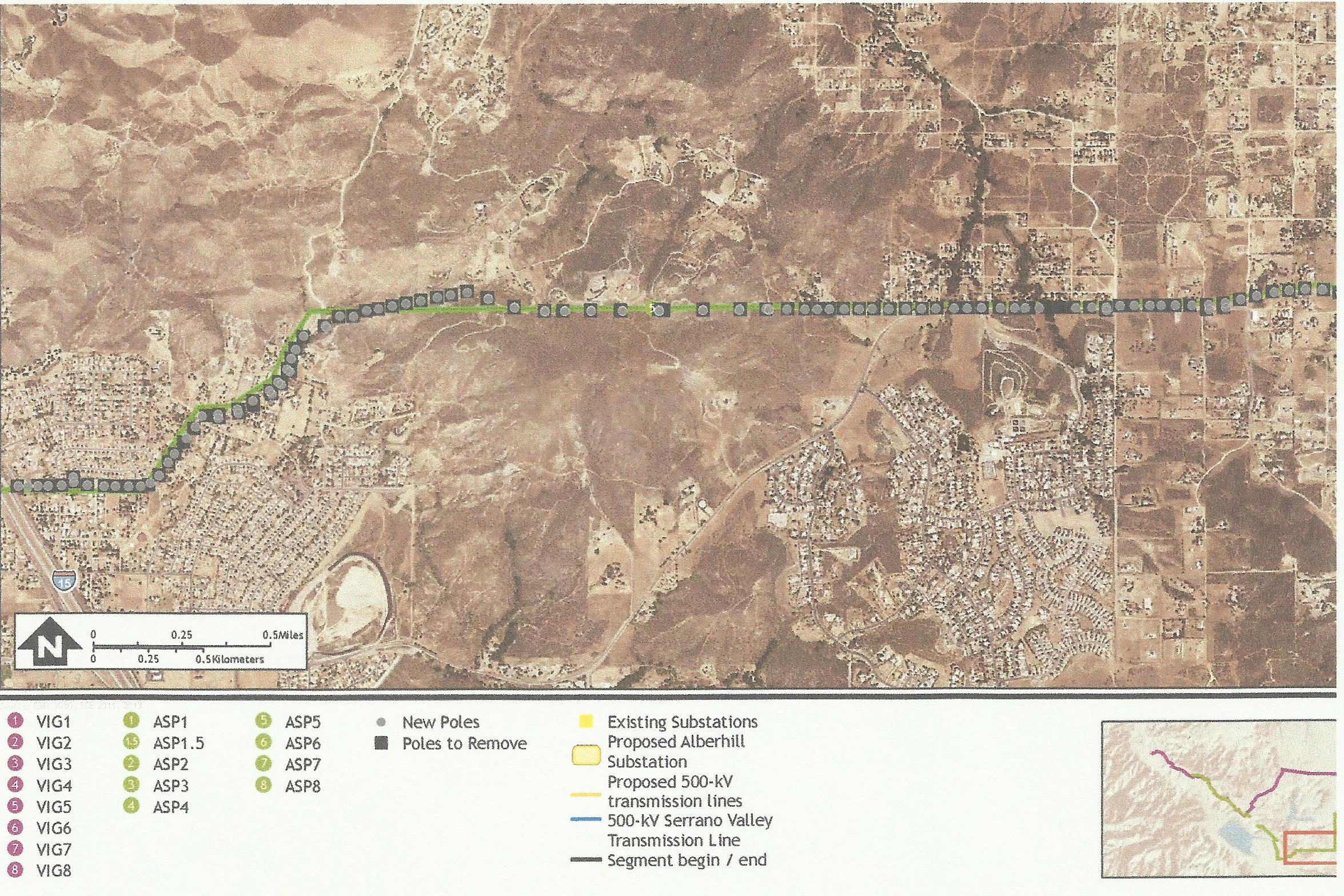 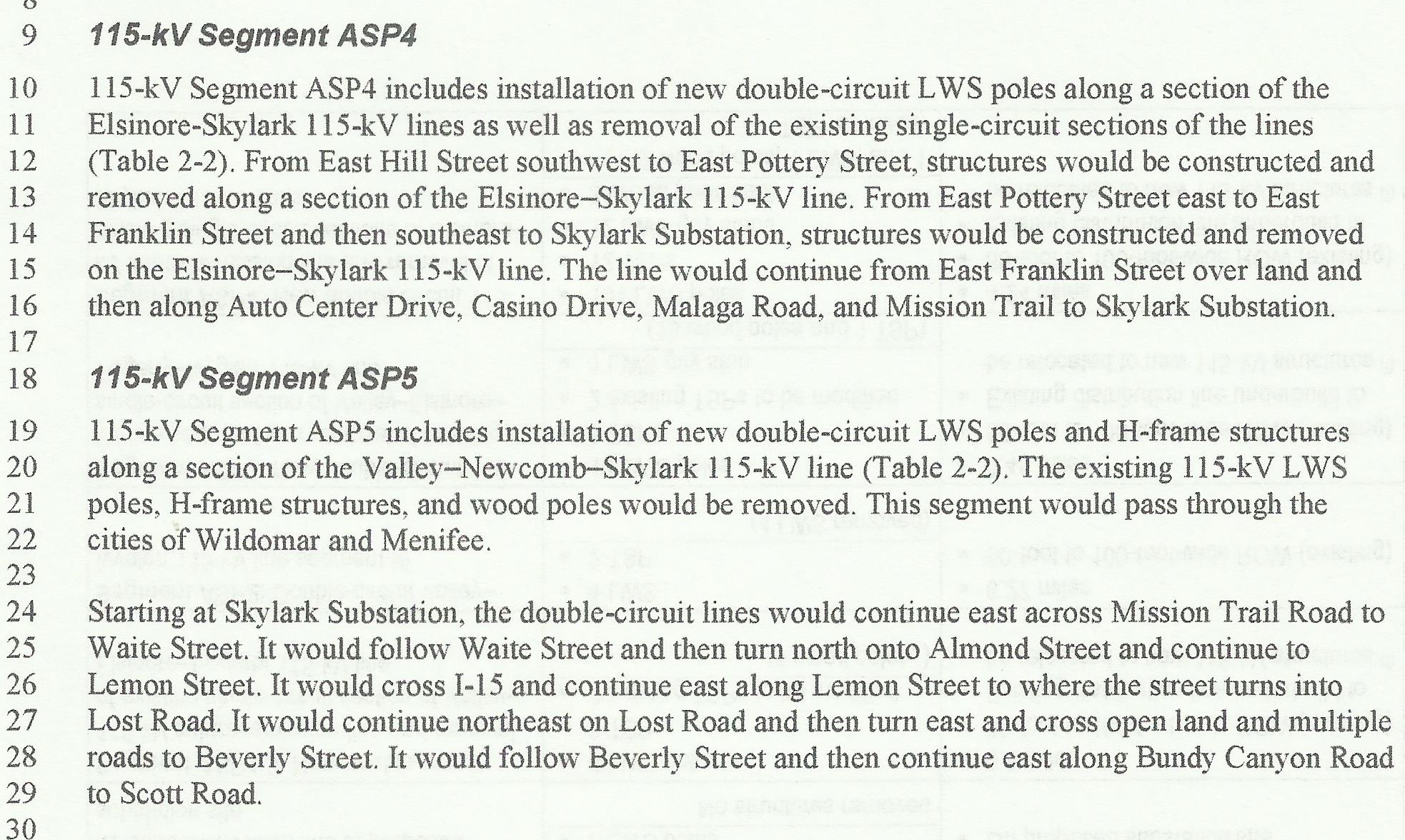 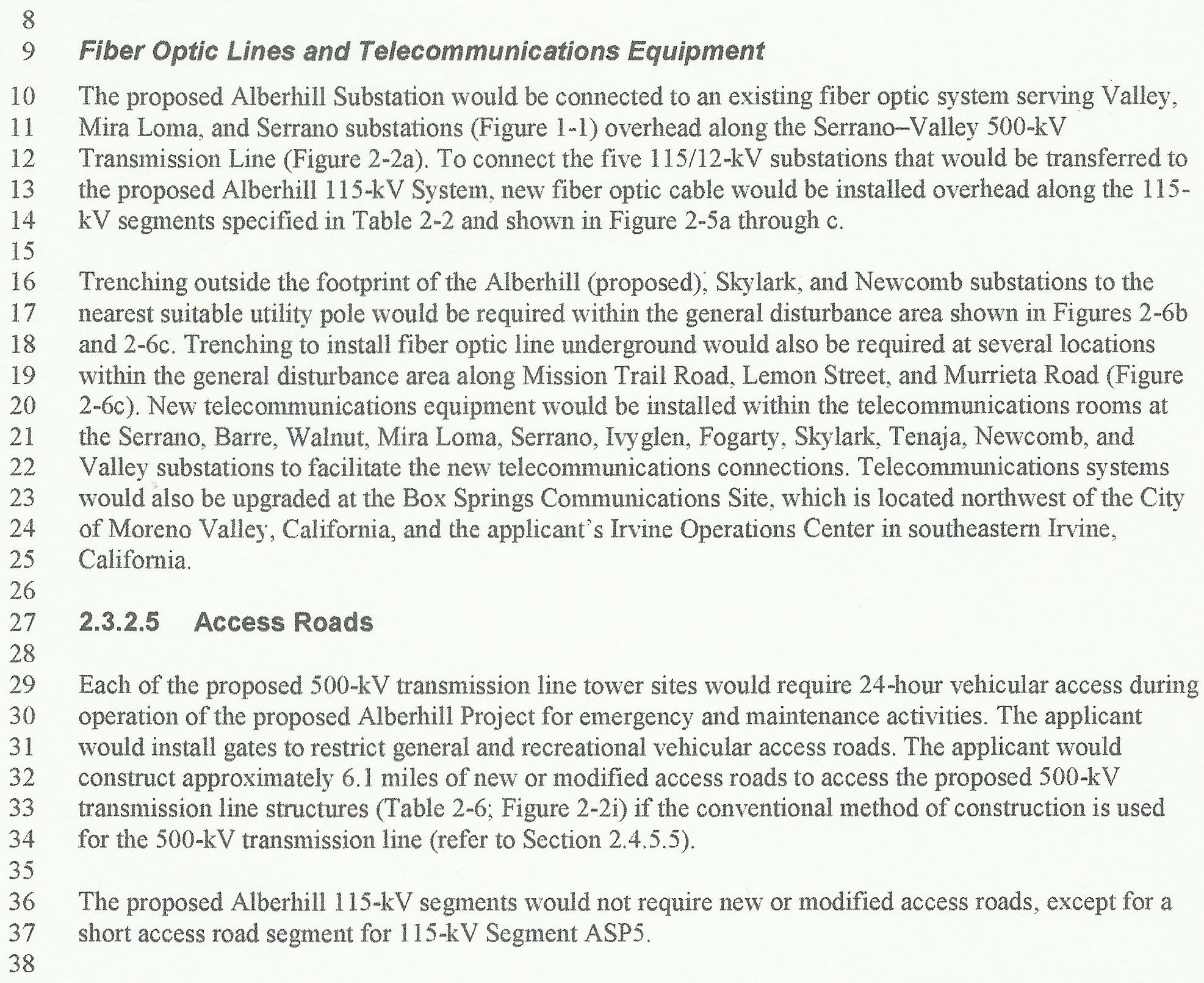 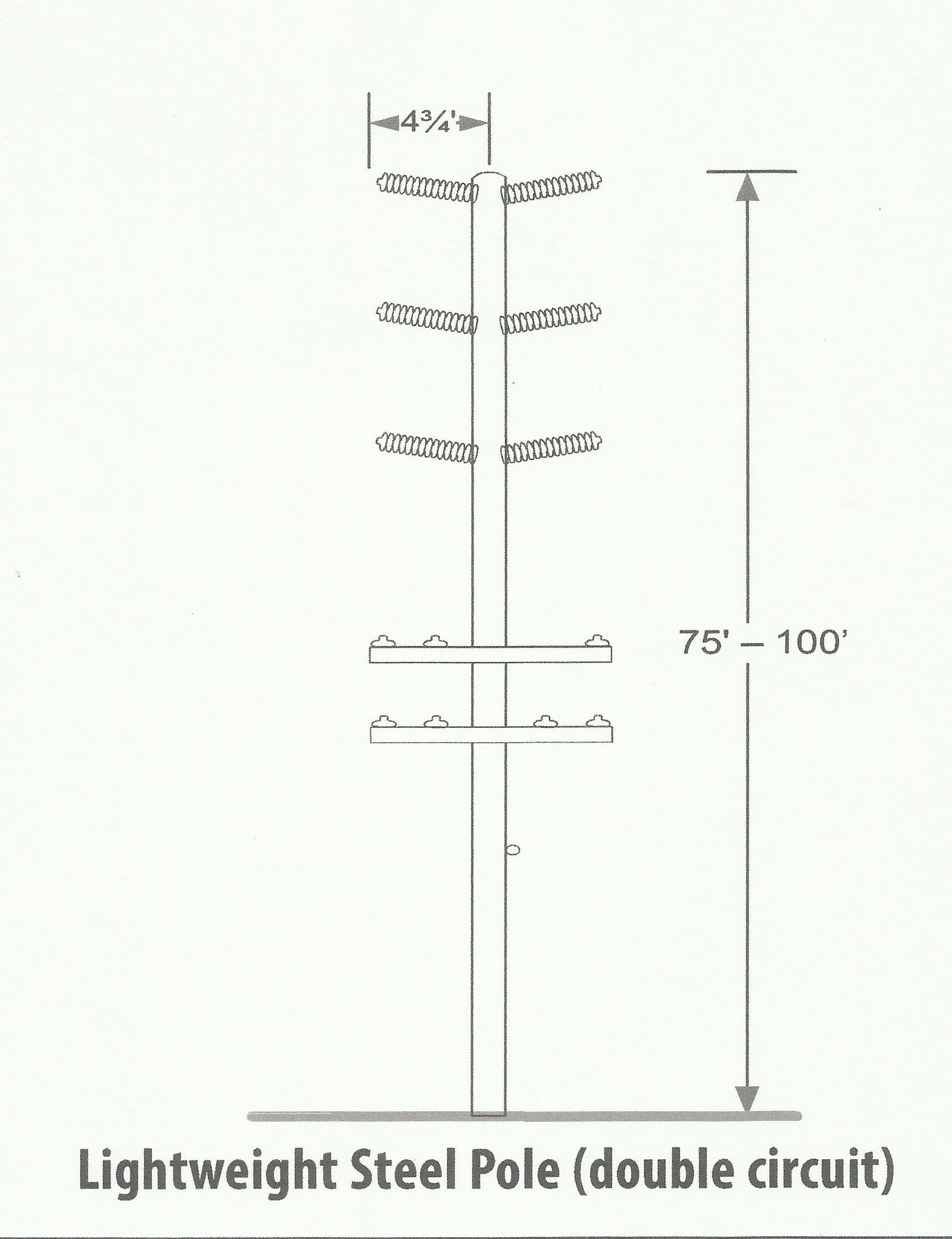 Drawing of Lightweight Steel Pole (LWS) to be used for project. 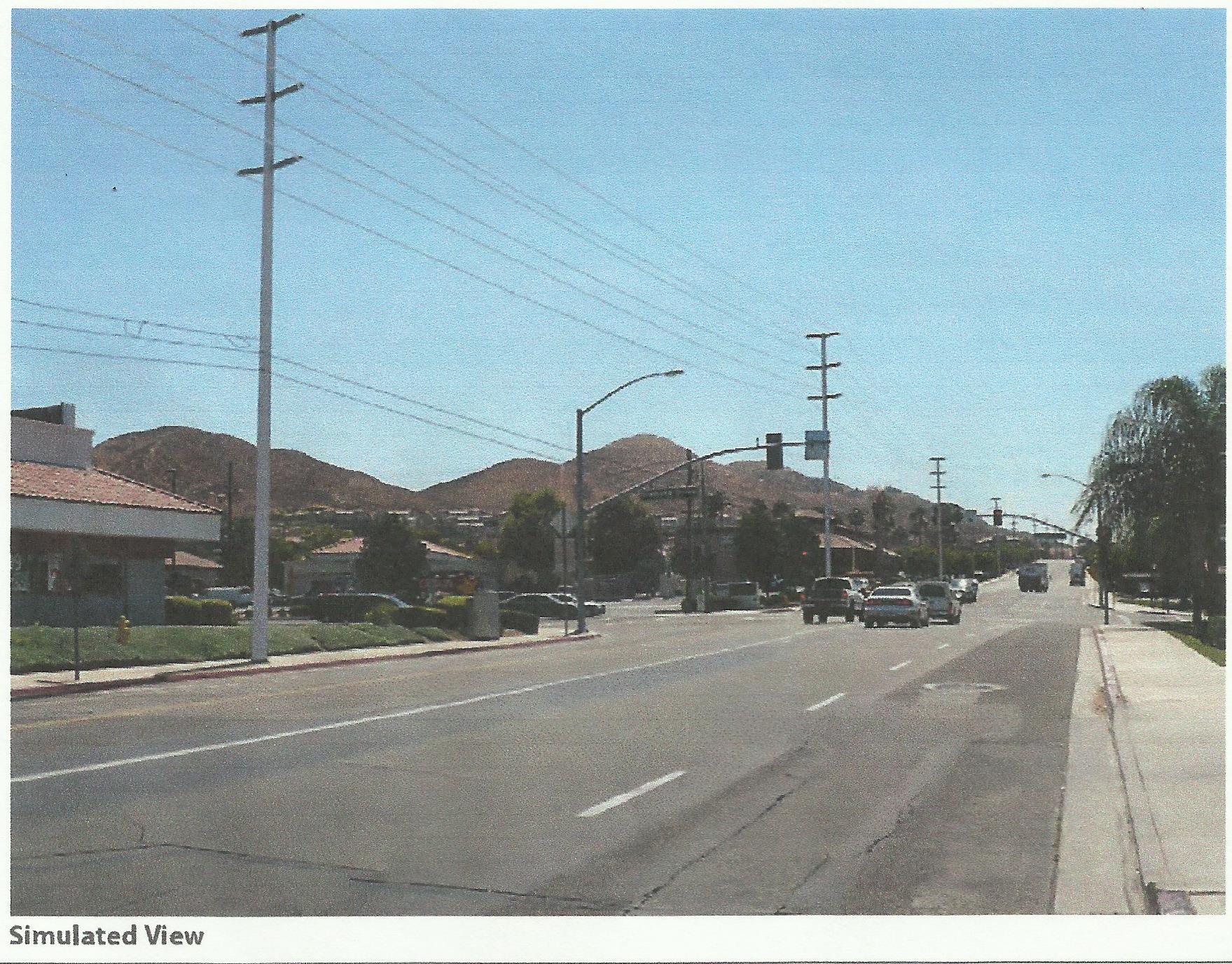 Parts being installed and removed ASP-4

Parts being installed and removed ASP-5

It became apparent that city officials could care less about this area by their non-appearance at this meeting or the one held on May 11th of this year. Many homes will be drastically affected aesthetically, visually and in the health and well-being of its residents when new 115 foot steel power poles replace existing 70 foot wooden poles to accommodate addition power lines as well as fiber optic lines. Not only will these poles continue to the visual blight of this area as residents will never look towards the Santa Mountain range without see these ugly poles but the additional power being transmitted brings with it further health concerns. These poles will also prevent Mission Trail from ever becoming a fully developed roadway with the required number of lanes to handle traffic along with bicycle/pedestrian traffic with the inclusion of bicycle lanes and proper sidewalks. Residents along Waite Street, Lemon Street and Lost Road will also be affected by taller poles to accommodate additional power.
Not only did city official not attend either of these meetings they relayed to citizens of wildomar absolutely no information about the changes that are set to occur in the near future, PROJECT CONSTRUCTION DATES Start Date- Spring 2017 Completion time 28 months. A comment made this evening has a city official believing nothing is going to change. Residents were never given the opportunity to voice their opinion about this project by city officials. All of this could and should go underground. Residents should have been told what options are available and how to voice the opinion about this project to the California Public Utilities Commission CPUC.

It might be time for the residents of the area known as SEDCO Hills to file the paperwork to detach from the city of wildomar and annex into the City of Lake Elsinore.
The petition must be signed by at least 20 percent of the registered voters residing in the community. The petition is filed with the executive officer of the local agency formation commission (“LAFCO”).

(I was one of two residents of Wildomar, no city officials bothered to appear for this important meeting challenging the Draft EIR)