Mother Nature, on Christmas Eve, did what the city has failed to do. She has started dismantling one of the dead trees found in its smallest park.
A number of these dead trees were highlighted in a previous blog. 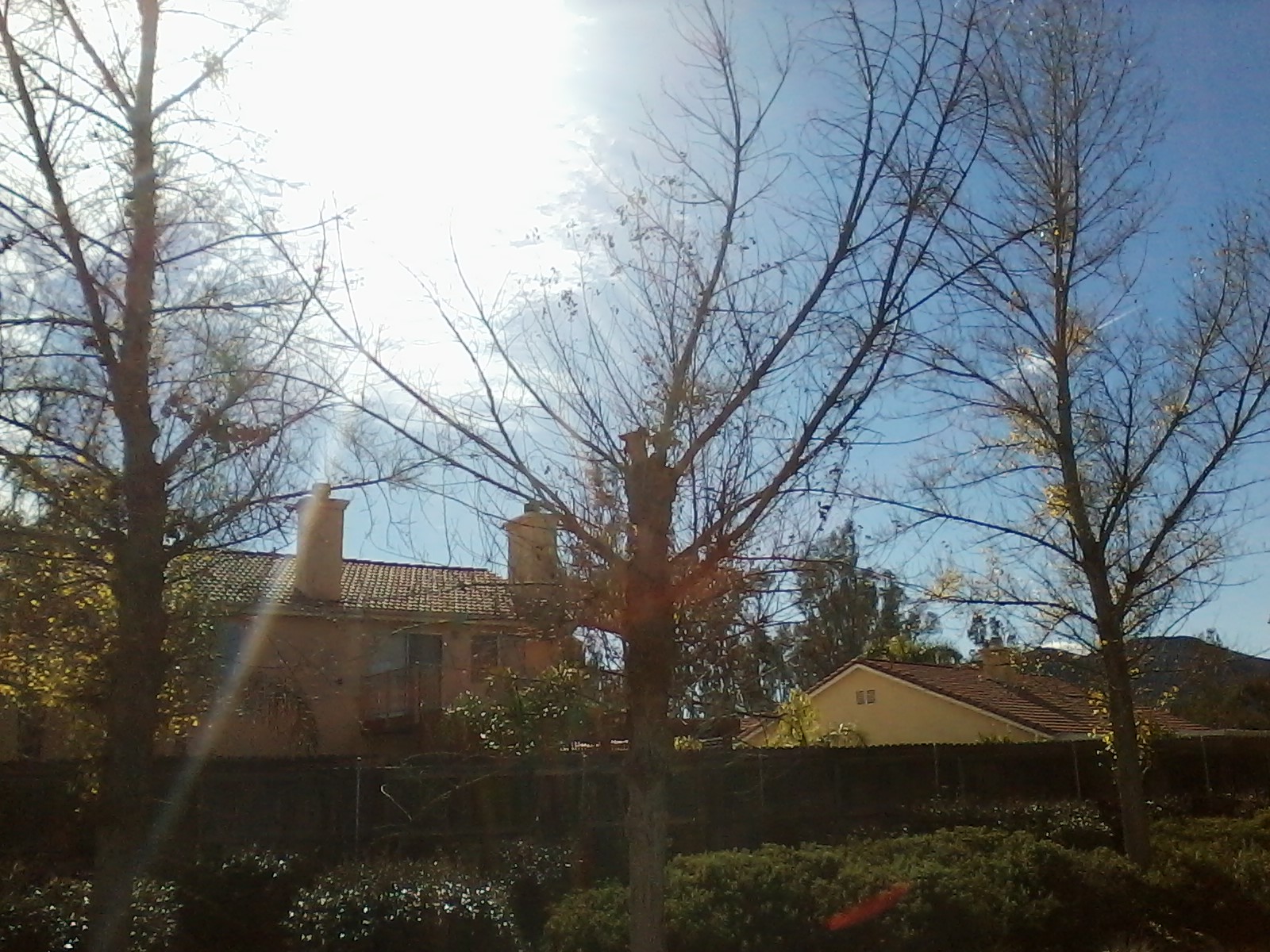 This picture taken on Christmas Day after being notified the tree was missing a portion of its top. 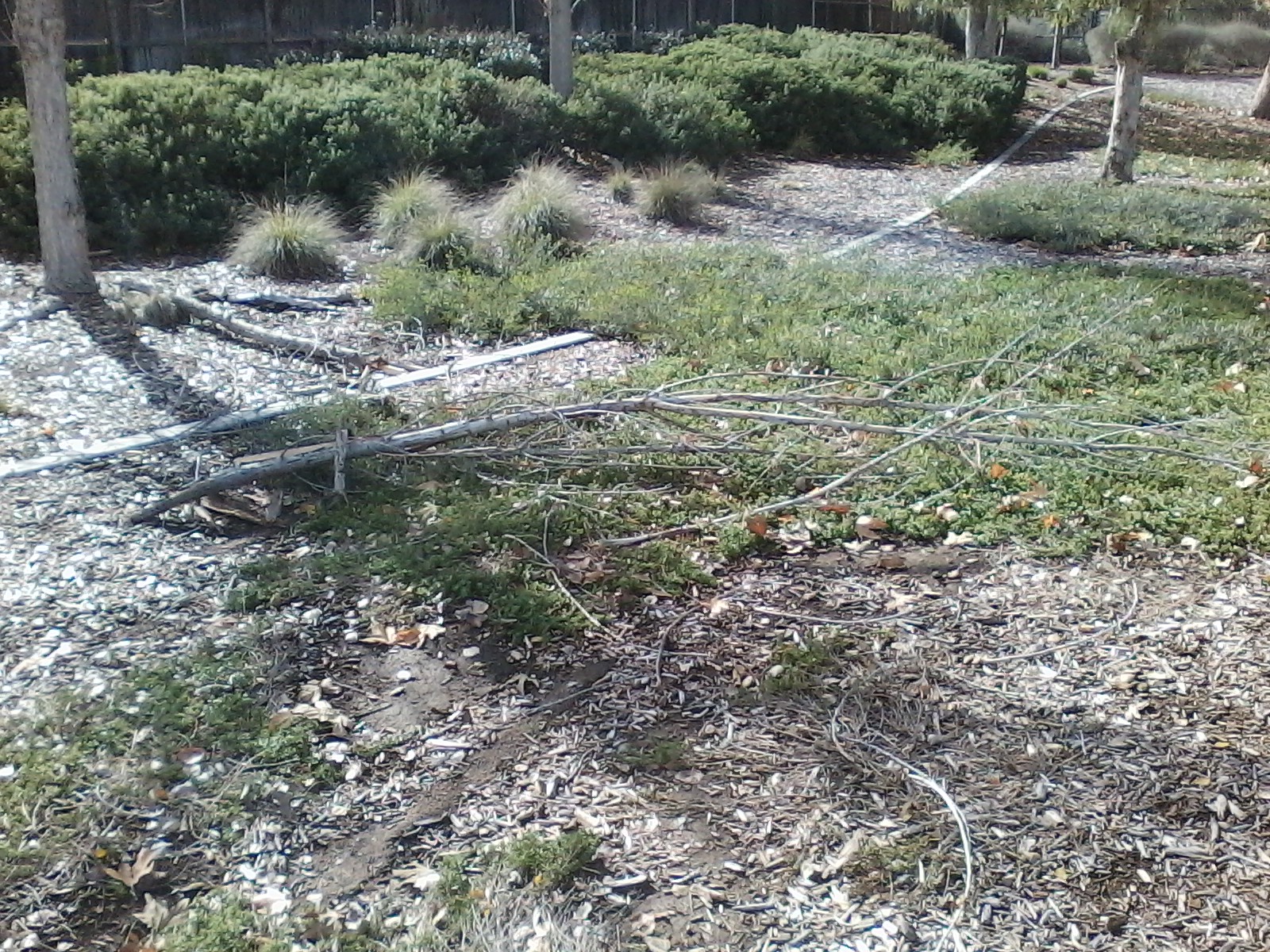 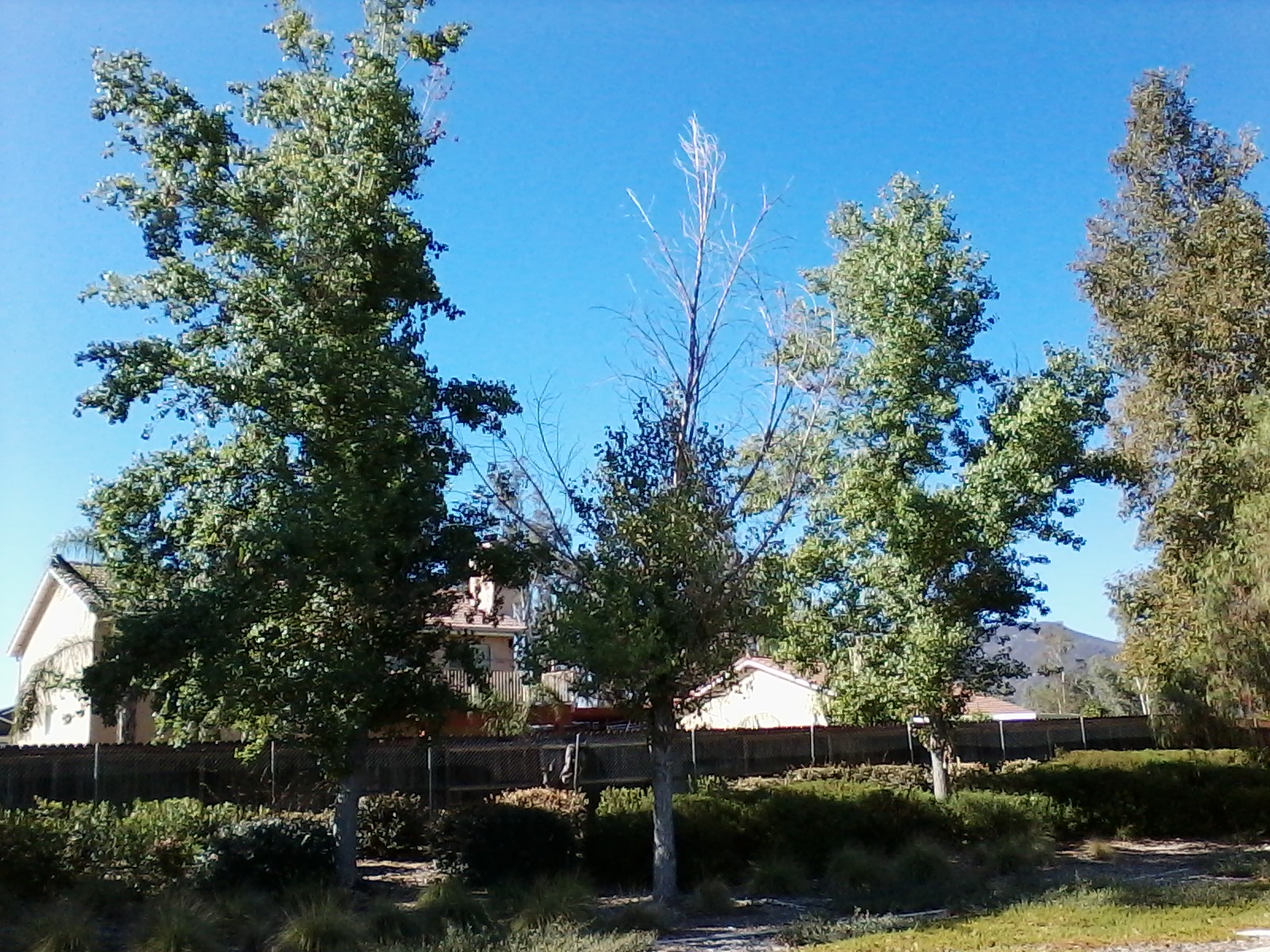 Picture of the same tree, the middle tree, taken in June of 2016 about the time the Measure Z Oversight Advisory Committee was doing it’s annual assessment, wherein not a single member made mention of the condition of the trees. All of the Fremont Cottonwood Trees, except one in what is referred to as the Creek Garden, appear to be suffering from some sort of malady