UPDATE: After attending a Measure Oversight Committee meeting on December 8, 2016 during which I brought up the condition of this Tot-Lot, I had to listen quietly to a sorry story of why this condition exist. The story told was that this is a one-time event caused by the adjacent school. The following pictures show this event occurring several times in the past where the Tot-Lot drained within a couple of days. 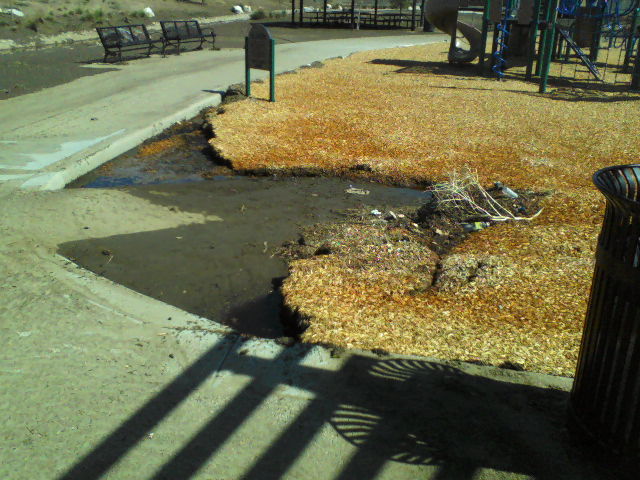 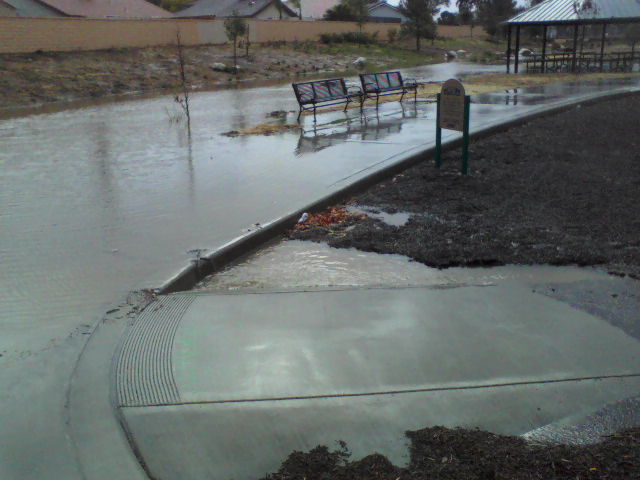 In all these past incidents this Tot-Lot drained within a couple of days.

One would think that after 2 ½ years of of operating the parks in wildoslavia they would get it right.

After the most recent rains, on November 26-27 which resulted in five-eighths of an inch, the drainage system ceased to function in one of wildoslavias numerous city owned Tot-Lots located in one of its three parks that service 35,000 plus citizens. 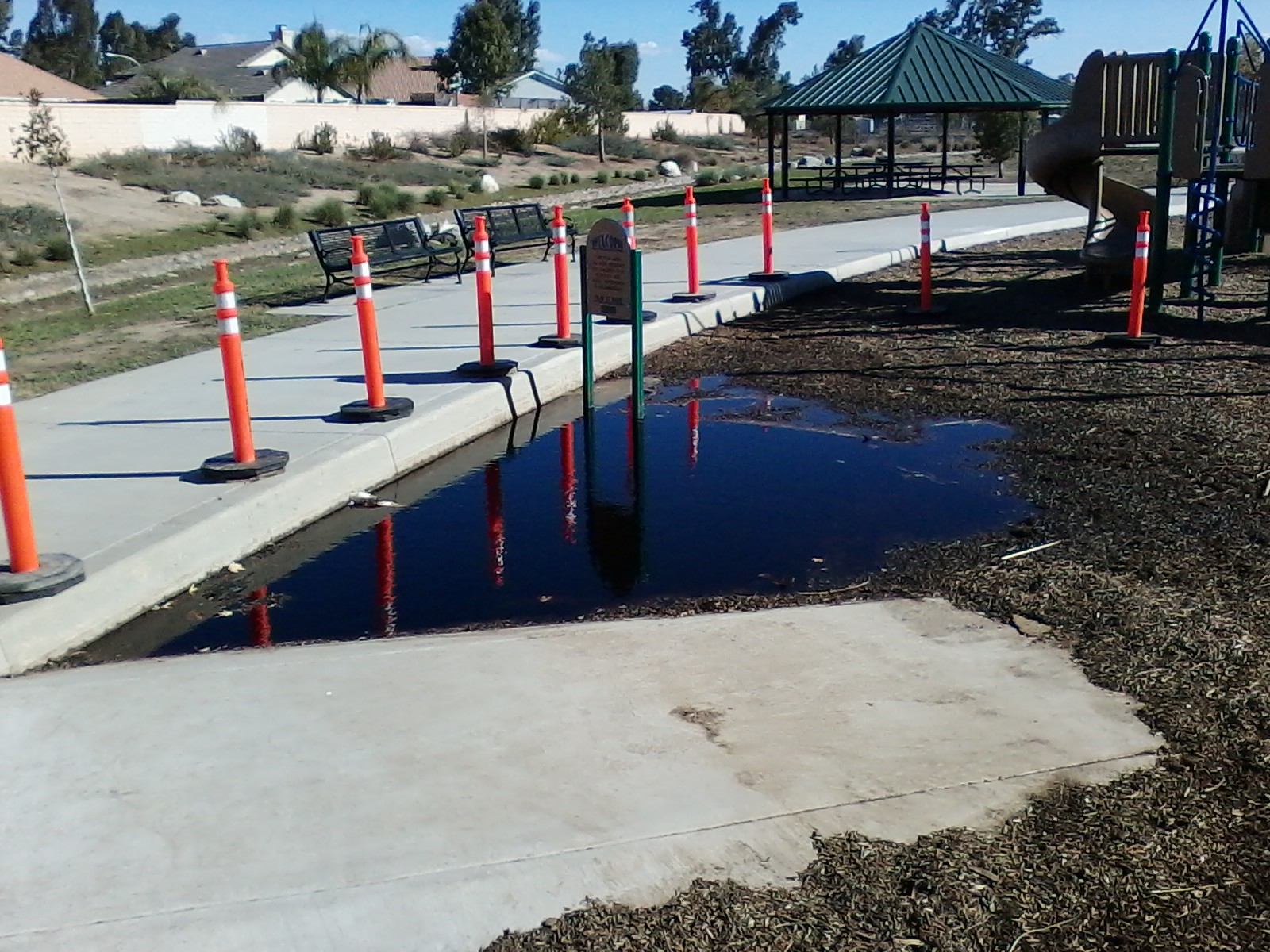 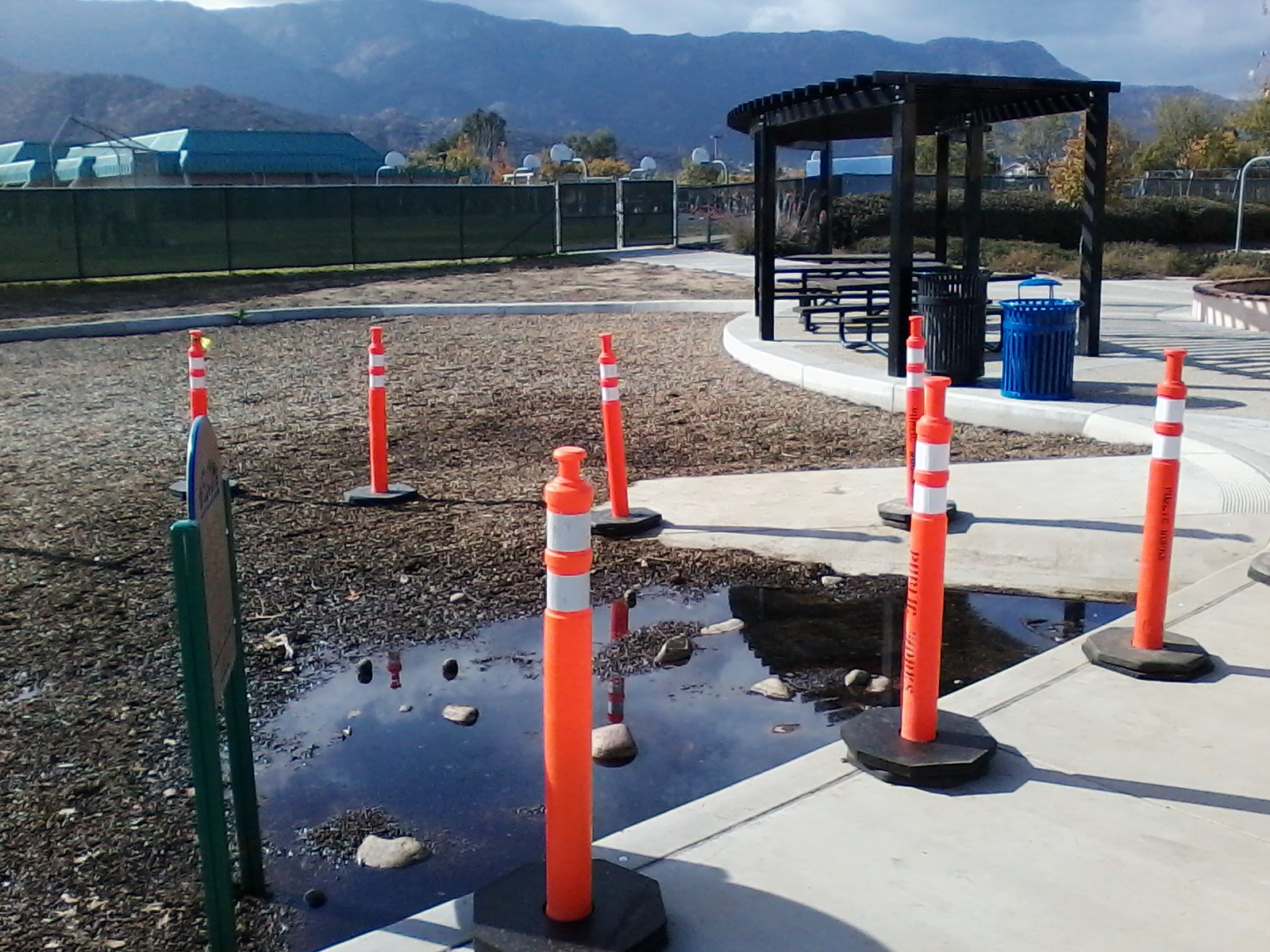 Gates to the school are in the background

The continual flooding of this particular park anytime the city receives more than one-half inch of rain has been the result of poor maintenance of the passageway, since day one, for water under a bridge utilized daily by school children at the local elementary school. 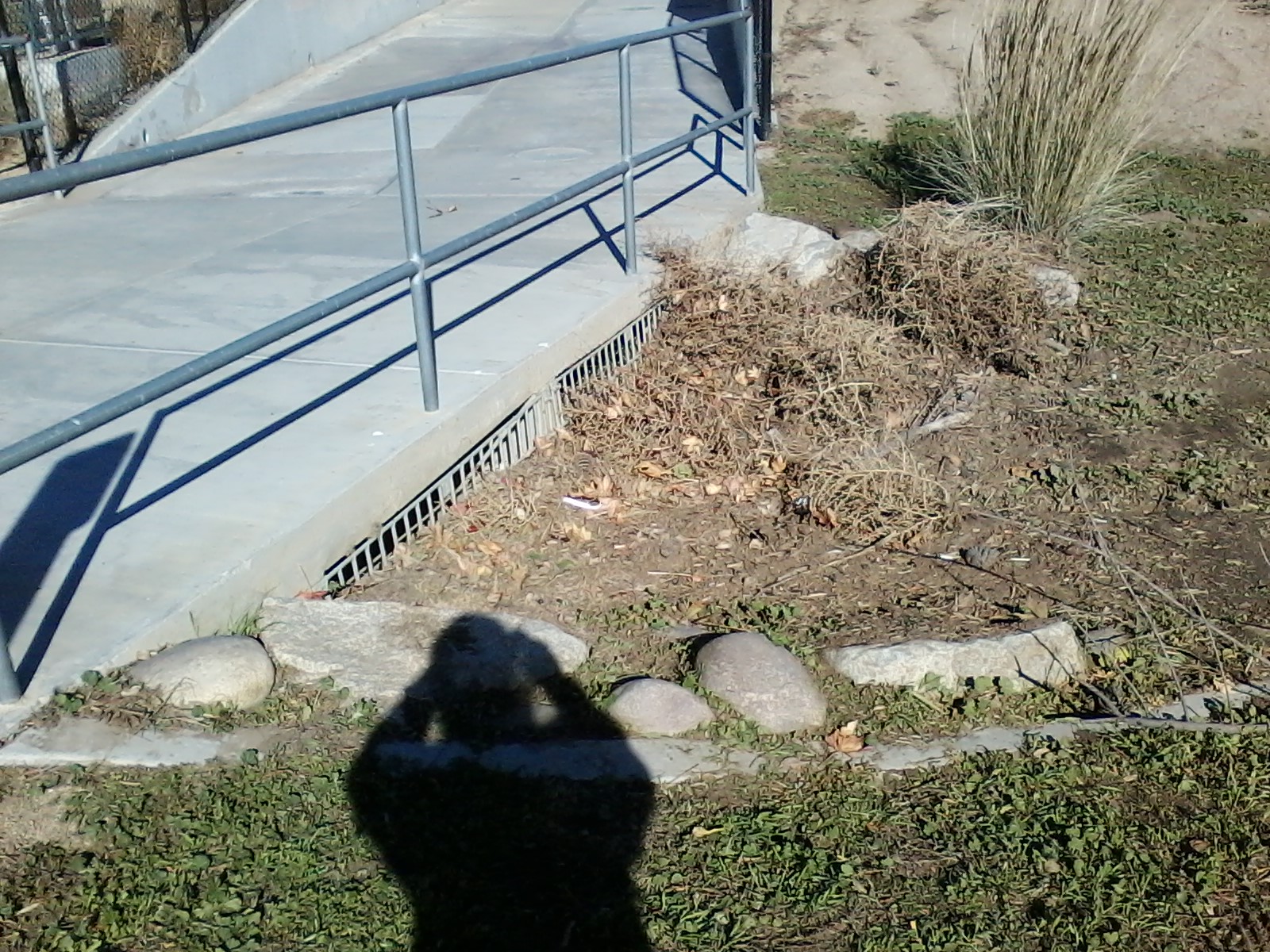 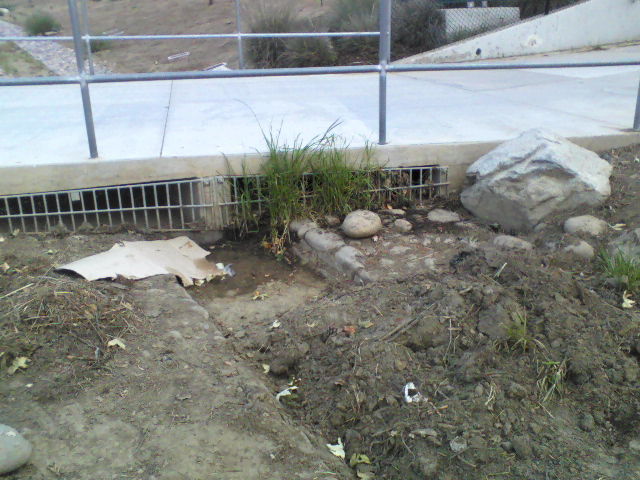 All of this has resulted in wildoslavia having now two Tot-Lots inaccessible to citizens that are physically challenged and requiring a ramp into the Tot-Lot. The other park is the city’s premier park where the ramp was destroyed. 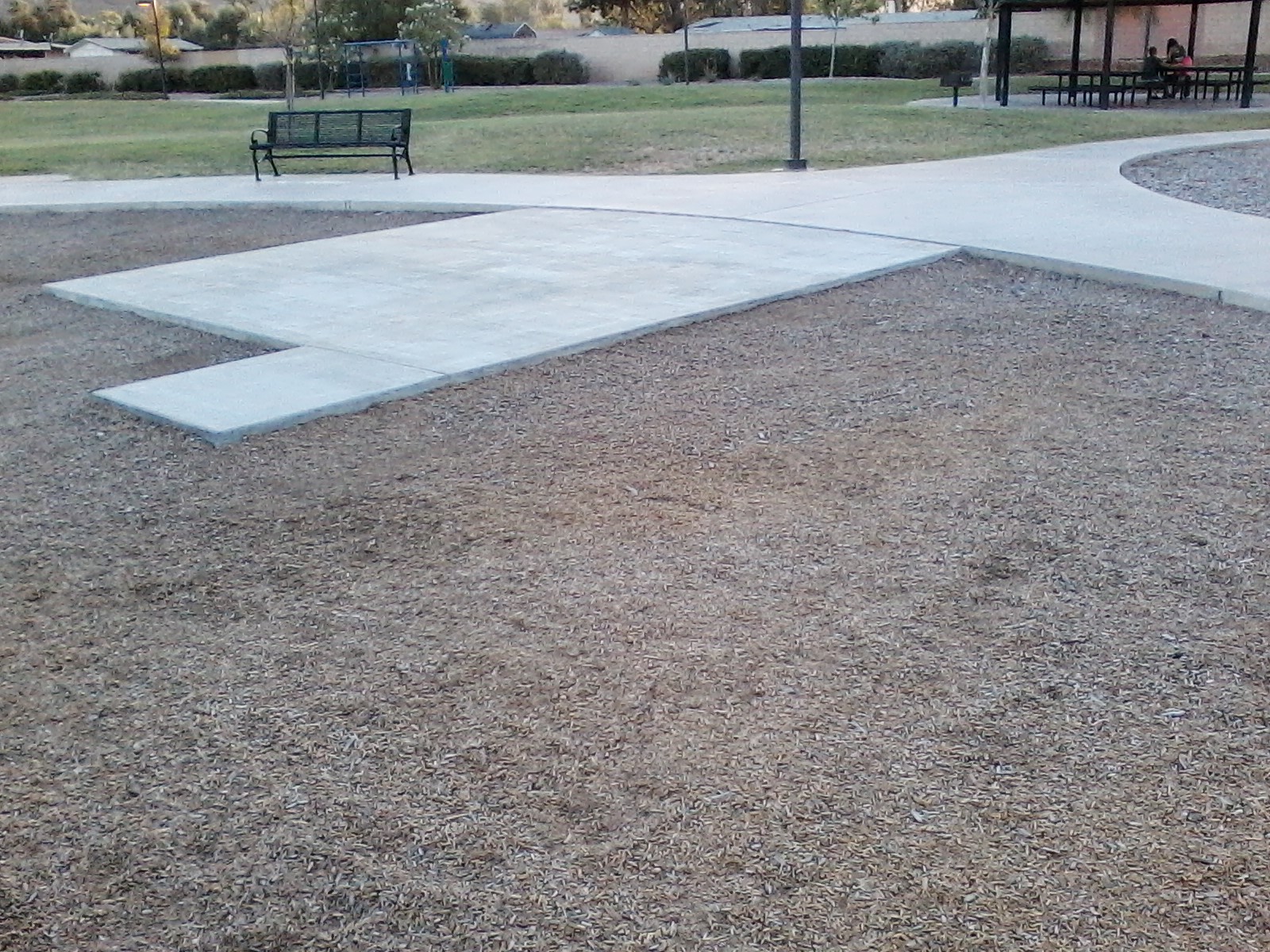 This is what was turned over by the County of Riverside 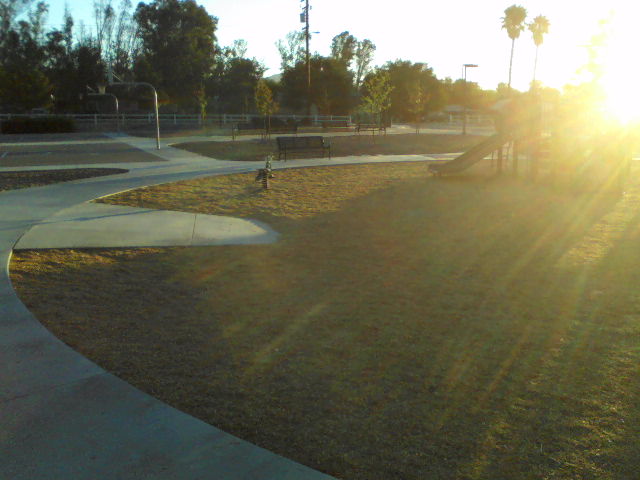